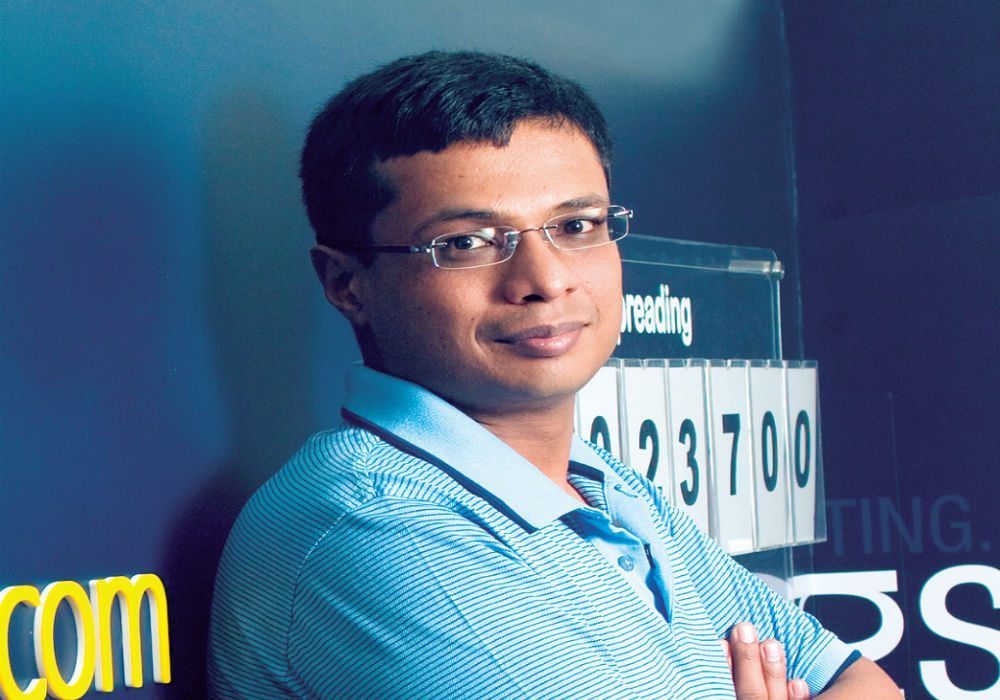 Look at the top level. Everyone has changed. Even I’m gone.

This was Flipkart’s ex-CEO and co-founder Sachin Bansal’s reply to his employees who were questioning the company regarding its recent spree of downsizing and cost cutting. He made it clear that no one is spared in the company, not even the top players. He accepted the fact that he was replaced as the CEO of the company was because of his lack of performance.

The online shopping platform’s co-founder made this startling statement at Flipkart’s monthly meeting that witnessed the unrest and questions of employees as to paying the price for glitches in the management’s decision-making policy. This revelation by Sachin Bansal helped diffuse the tension between the management and workers. It was welcomed by cheers and applause for its sheer transparency and candour that is rare in the corporate world, said a source present at the meeting.

Flipkart has witnessed a series of ups and downs this year in an attempt to sustain in the Internet-based retail sector while competing with Amazon India, its chief rival. In July 2016, Flipkart decided to lay-off 700-1000 underperforming employees when it faced a downfall in its valuation by Morgan Stanley, T. Rowe and others.

Earlier, in April this year, Flipkart also curbed its discount pricing and placed a cap on salary increments. It is also aiming to cut its monthly burn rate to $40 Mn from the about $80-100 Mn in the first half of 2016.

The move came in as the result of downfall in Flipkart’s sales when Sachin Bansal decided to focus on an ‘app-only’ strategy. This drove Flipkart’s potential desktop customers to other platforms. They have attempted to rectify the mistake by recently launching a revamped website called web-app.

The statement made by Sachin can be also seen as a strategic move towards boosting their employees’ morale as Flipkart prepares for its big sale next month. Sachin defended the company’s action of downsizing by saying that the decisions are solely made in the interest of the company and were based on merit. “Some of our targets have been missed and everyone including the top officials have paid the price,” he added.

A monthly Town Hall meeting at Flipkart’s office is designed to promote an open interaction with the company officials placed at the highest rung of the ladder. Employees can make anonymous suggestions and questions and the highest-voted questions are answered directly by the top management.

“It was like a reminder of the Big Billion Day glitch in 2014 when Sachin and Binny both emailed and apologised to their customers. They are the kind of people who acknowledge things when they screw up,” said another employee present at the meeting.

Other major layoffs have been seen this year at Grofers, which fired 10% of its employees in June. In April, where InMobi fired close to 100 employees, Hiree fired 80% of its workforce. GirnarSoft-owned platforms had fired 60 employees in a bid to realign its management and resources to focus on its core areas. More than 150 CommonFloor employees  were fired by Quikr after the real-estate portal was acquired by the ecommerce platform, this January. Snapdeal-backed GoJavas too suspended its operations and fired nearly 1500 of its employees; while Ask Me has entirely shutdown its operations and given pink slips to 4000 of its employees, vendors and others.