The funding round has been led by ICONIQ Capital

The total funding raised by HighRadius is $175 Mn

HighRadius will use the funds to accelerate platform development 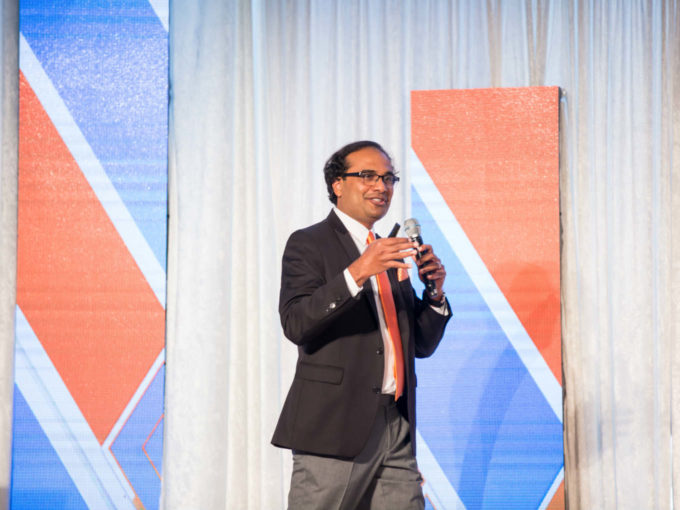 Hyderabad and Houston-headquartered SaaS company HighRadius today (January 7) announced that it has raised $125 Mn Series B growth funding. With this, the company has been valued at over $1 Bn and joins the unicorn club.

The funding round has been led by ICONIQ Capital with participation from existing investors Susquehanna Growth Equity and Citi Ventures. With this, the total funding raised by HighRadius is $175 Mn. One of the most interesting parts of this unicorn club entry is that HighRadius bootstrapped for 11 years and first raised funding in 2017.

In 2019, two Indian SaaS startups— Icertis and Druva— joined the unicorn club, but their funding stage was over Series C when they became unicorns. Hence, the feat by HighRadius is a major one with huge international success.

Founded in 2006 by Sashi Narahari, HighRadius is working on automating payments and receivables. It describes itself as a “SaaS provider for integrated receivables, such as credit, cash application, EIPP, collections, deductions, and payments.”

HighRadius will use the funds to accelerate platform development and expansion.

The company claims to have more than 400 customers, including more than 200 of the Forbes Global 2000, such as Walmart, Nike and Procter & Gamble. The company claims that HighRadius AI automates financial processes and improves them through ongoing learning and predictive insights, and even provides a virtual assistant to expedite your day-to-day operations.

It says that HighRadius AI has processed more than $1.3 Tn in transactions. It has over 1,000 employees spread across offices in Houston, India (its second headquarters), Amsterdam, and London. The company is also working on treasury management. HighRadius’ ARR is reportedly growing about 70-75% Y-o-Y.

Will Griffith, partner at ICONIQ Capital said, “The HighRadius platform is game-changing for CFOs and finance departments, and the company has earned tremendous customer loyalty by enabling receivables and treasury teams to perform more efficiently and effectively, and by delivering mission-critical ROI.”

According to DataLabs by Inc42’s Annual Tech Startup Funding Report 2019, Enterprise tech recorded a 49% surge in total funding amount reaching $1.15 Bn across 114 deals in 2019. Expected to reach $1 Bn by 2020, the Indian SaaS and enterprise software market currently accounts for 9% of all software sales.