Facebook’s Fundraisers is also live in the US, Europe and a few other markets 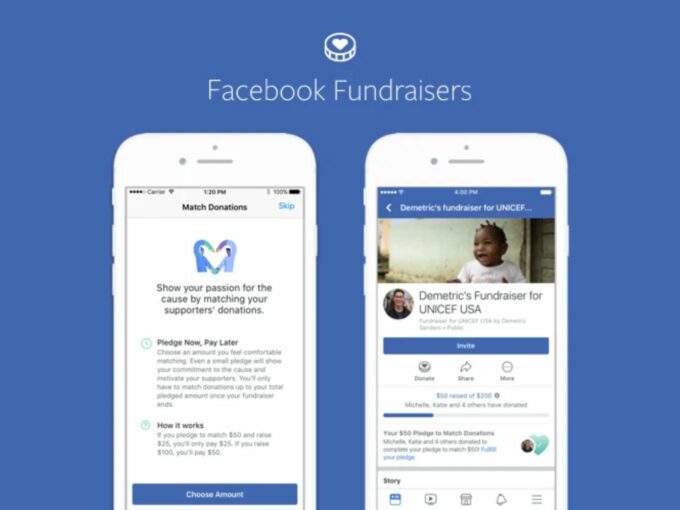 Using the Fundraiser platform, people can collectively donate their contribution to a particular cause, non-profit, or government-run funds. Prior to launching this in India, Facebook’s Fundraisers is also actively helping societies in the US, Europe and a few other markets.

As of now, around 70 non-profit organisations working towards various causes are listed on the Fundraisers platform. The expansion of the Fundraisers programme to India has come at a time when the country is facing serious financial distress due to the lockdown imposed to curb the spread of coronavirus.

It can be seen as one of the several steps that the company is taking to battle the virus and its ill effects on the economy and people. Facebook India head Ajit Mohan said the country is in the middle of an unprecedented effort to fight the outbreak of the virus and Facebook is deeply aware of the economic impact of the disruption in normal life.

At the moment, communities around the country need help. Mohan said that Facebook Fundraisers will allow people to help others. “The platform allows people to leverage the full scale and power of the platform, and their passion, to direct resources to initiatives that can protect and save lives,” said Mohan.

In addition to Fundraisers, Facebook is also helping the government and people in India with other technological solutions. For instance, the social media giant has launched an information centre in India.

In partnership with organisations like WHO, UNICEF, and UNDP, the dedicated centre provides the latest information from local government agencies and global health organisations on Facebook-owned messaging app WhatsApp. Facebook has also launched various central and state government helplines on WhatsApp and Messenger.

Currently, Facebook has a partnership with around 11 state governments for WhatsApp while nine states are relying on Messenger for the helpline. Besides English, these helplines are also available in several vernacular languages such as Hindi, Telugu, Marathi, and Odia. Mohan said that these health alert lines provide the government and health authorities with a powerful mechanism to dispel rumours and misinformation around coronavirus.

Facebook said that it is also conducting training sessions with government officials and is helping them to spread important information to the community. So far, Facebook has worked with the union health ministry and various other health departments of Kerala, Delhi, Karnataka, Telangana, Maharashtra, Andhra Pradesh, Rajasthan, Punjab and Odisha.

Besides Facebook, various governments are also taking the help of other social media platforms such as TikTok and Telegram as well. For instance, TikTok has extensively been used by the Maharashtra and Karnataka to spread crucial information to the masses.