In previous editions, Facebook had partnered with Sauce.VC, Fireside Ventures, and SAIF Partners 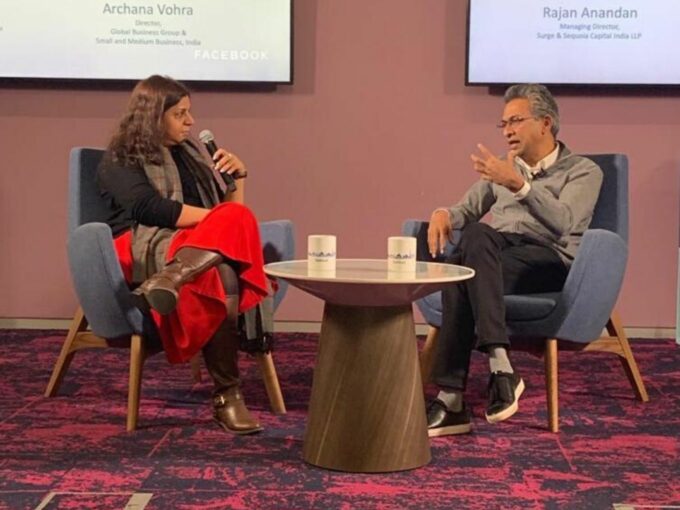 In a bid to promote the growth of small and medium businesses (SMBs) in India, Facebook announced the launch of the fourth edition of the VC Brand Incubator Initiative in partnership with Sequoia Capital India’s Surge programme.

Launched in 2019, the VC Brand Incubator Initiative helps in the growth of SMBs in India by collaborating with venture capital funds. On the other hand, Sequoia’s Surge programme accelerates the growth of early-stage startups by helping them with funds, network, and mentorship. Sequoia also invests around $1 Mn to $2 Mn in startups which are shortlisted for the Surge programme.

Managing director of Sequoia Capital India Rajan Anandan said that with the VC Brand Incubator, Sequoia’s aim is to help their portfolio startups gain more insights into leveraging the Facebook family of apps for growth.

This is the first time when Facebook has partnered with Sequoia for the VC Brand Incubator Initiative. Prior to this, three other editions of this programme were concluded in partnership with venture capital companies such as Sauce.VC, Fireside Ventures, and SAIF Partners.

As part of this initiative, Facebook claims to have already skilled, trained and mentored more than 70 brands at various stages of their growth journey across multiple industries.

On how Sequoia is helping Facebook in this partnership, Archana Vohra, director of SMB at Facebook India, said that the knowledge sessions with Surge enables early-stage SMBs and entrepreneurs to unlock their potential on digital platforms. Sequoia also enables their growth by helping them to focus on the return on the investment (RoI) part of their businesses.

Some of the startups which were part of the previous editions of VC Brand Incubator Initiative include Delhi-based baby care products startup The Moms Co and Mumbai-based personal care startup mCaffeine. Mohit Sadaani, cofounder of The Moms Co, said that with Facebook’s help, the company has been able to get 2X on RoI.

In addition to this programme, Facebook and its subsidiaries WhatsApp and Instagram also run multiple initiatives to promote SMBs on the platform. In November 2019, WhatsApp had said that it is going to invest $250K in the startup ecosystem of the country.

For this initiative, WhatsApp has partnered up with Startup India, an Indian government’s flagship initiative, to find 500 startups and provide each of them with ad credits worth $500, thereby helping them to attract more customers and drive their sales.