The investments have come in from SAIF Partners, India Quotient, Abhishek Dalmia and more 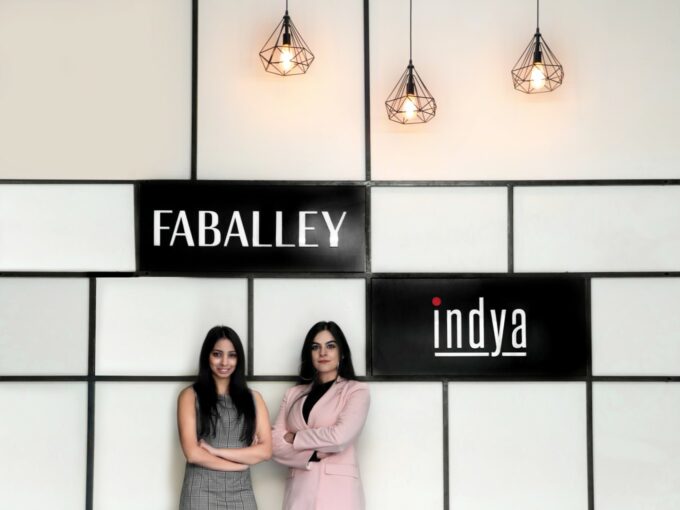 Founded in 2012 by Shivani Poddar and Tanvi Malik, FabAlley is an online-to-offline high-end fashion platform, focused on women. It is available on offline brand stores like Central and Globus. The company launched Indya, an ethnic-fusion brand, in 2016. Indya caters to online as well as offline channels and has partnered with 15 exclusive brand outlets to create a sizable presence across Tier 1 cities.

In October 2018, the company launched its third brand Zyra, a fashion jewellery platform. The company sells its products on websites, horizontal online marketplaces, large format chains such as Lifestyle and Central, along with more than 30 exclusive brand outlets across the country.

In January 2020, the company had said that in the next 12 to 18 months it will be growing its retail presence by increasing its exclusive brand stores’ count to 50 and doubling its shop-in-shops in more than 650 locations. However, Covid-19 appears to have hit its plans.

The attached valuation report values the company at INR 197.43 Cr with an equity value of INR 1401 per share. The report further showed that on a provisional basis the company has recorded operational revenue of INR 127.66 Cr in FY20, up from INR 87.48 Cr in FY19.

However, the company expects to record INR 168.69 Cr in operational revenue and narrow down PAT to INR 1.89 Cr in FY21. The company has taken 5% expected hit into account for its valuation as well as projections, hence, its valuation per share has fallen from INR 2,925 per share in October 2019 to INR 1,401 per share in May 2020.

Talking to Inc42, FabAlley founder Shivani Poddar said that the attached valuation report in the filings was a regulatory requirement, essentially a dummy report, and the company hasn’t been valued at discount. Addressing the change in enterprise value from INR 514 Cr in November 2019 valuation report to INR 271 Cr in May 2020, Poddar said the company has taken into account Covid-19 impact and has, therefore, taken a floor price.

She explained that this was a convertible note round, hence valuation wasn’t a real criterion, and the shares would be converted at a new valuation whenever the next round i.e. Series C is raised. We cross-verified this with a CA, who corroborated that submitting a valuation report is a regulatory norm, but it is optional for a convertible raise.

The CA further said that in the case of a convertible note, a company can submit a dummy valuation at present and later submit the actual valuation report when the round happens. However, it is usually note suggested to go for a lower valuation report, but it depends on the discussions between the company and investors.

According to a Google India research, the online fashion retail market in India is expected to touch $35 Bn by 2020. Additionally, the study also said that every third shopping-related search from the country is fashion-related and the queries in the category are growing at 66% year-on-year.

While the Indian ecommerce fashion industry is still ruled by the likes of Myntra, Jabong, Club Factory and Ajio, the rise of private labels and unique business models to make designer fashion more accessible are attracting investors like never before. However, with Covid-19 hitting the market and consumer wallets, and considering the remote work phenomenon, the impact on fashion demand is expected to be huge.

Update: June 19, 2020| 20:05 PM
After the story was published, the company claimed that this round was pre-Series C funding round as a convertible note, which will be converted during Series C round. Basis the claim, the original headline, “FabAlley Raises INR 20.6 Cr At Discounted-Valuation Due To Covid-19 Impact” has been updated while the filings are being re-verified.

The story has been updated with clarity on the valuation of the company by FabAlley founder Shivani Poddar and corroboration on the same by a CA.