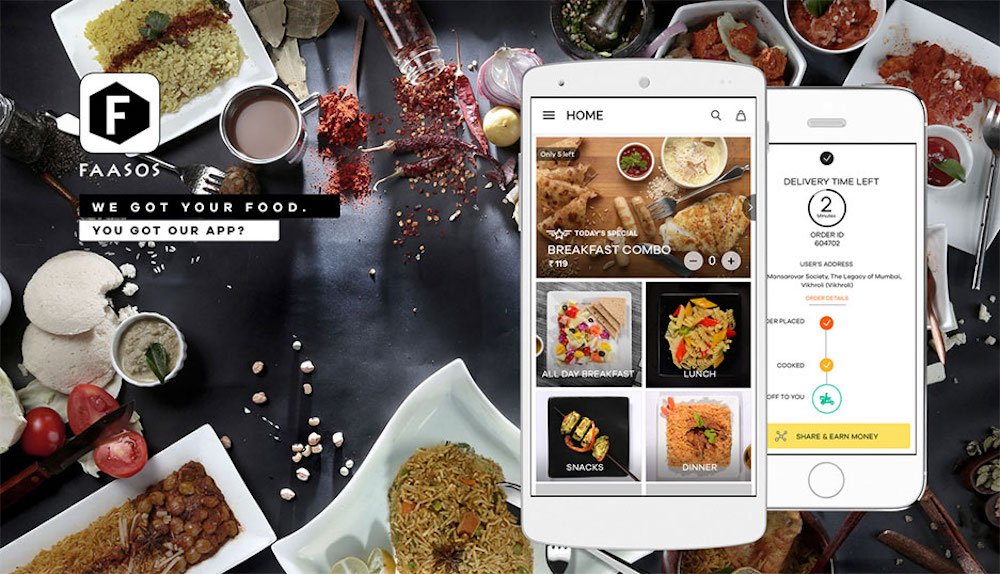 Pune-based online food delivery startup Faasos has filled its plate with $6.4 Mn funding in an extended Series C round of funding, as per the filings made with the Registrar of Companies. The investment is led by Lightbox Ventures II, Lightbox Expansion Fund, Sequoia Capital India, RuNet South Asia, and RB Investments.

Earlier in December 2015, Faasos raised the first tranche of the Series C, amounting to $30 Mn. So far, the company has raised a total of $64.6 Mn in six rounds of funding.

The company denied commenting on the development when approached by Inc42 team.

Founded in 2004 by Jaydeep Barman and Kallol Banerjee, Faasos was the first company to take orders via tweets as part of a campaign. As stated by Jaydeep in an earlier interaction with Inc42, “Because, we built a full-stack platform to cater to this need (sourcing, producing, delivering the food ourselves), we became the first and probably the only vertically integrated food-tech business in the country at scale. People look at us and realise “foodtech is after all about food and not delivering food.’”

Since its launch, Faasos has pivoted its business model four times. It started as a QSR chain, then switched to a dark kitchen model – which means there were no storefronts – then came the marketplace and finally the multi-brand cloud kitchen model. In this model, Faasos set up a central kitchen and establishes multiple brands with their own specialities. For instance,  at present the app showcases menu from in-house brands like Behrouz (famous for Biryani), Oven Story, (for Pizzas), and Kettle & Kegs (the tea and snacks bar). The aim is to offer variety of food products at a premium price, and as the delivery is also inhouse, Faasos gets the 100% margin.

In FY15, it clocked a loss of $3.78 Mn (INR 24.4 Cr), while for the year ending March 2016, it generated a loss of $17.2 Mn (INR 111.1 Cr) – almost four times the previous year. As told by Jaydeep to TechCircle, “FY16 was a breakthrough year in terms of expansion, but the cost of expansion precluded the revenue benefits accrued. However, it has borne fruit in FY17, with the same cost base delivering over 60% growth in revenue.”

As of November 2016, the company used to serve around 15,000 customers every day. For them, mobile accounts for 85% whereas web is 15%. Even in web orders, 50% of the volume comes from mobile devices, as stated by Jaydeep, who is also an investor in Pune-based personalised food recommendation app Quinto.

Faasos currently competes with other QSR chains like McDonald’s, Pizza Hut, Dominos, Box8, Eatlo, FreshMenu, and Frsh. Recently, Zomato and Swiggy have also entered in the cloud kitchen space. Plus, with UberEATS and Google Areo (which is testing the waters in both the hyperlocal and food delivery space) also looking to entice the Indian consumer, how Faasos handles the heat remains to be seen.