Exclusive: Shop101 Lays Off 200 Employees, Remaining To Get Pay Cuts

Exclusive: Shop101 Lays Off 200 Employees, Remaining To Get Pay Cuts 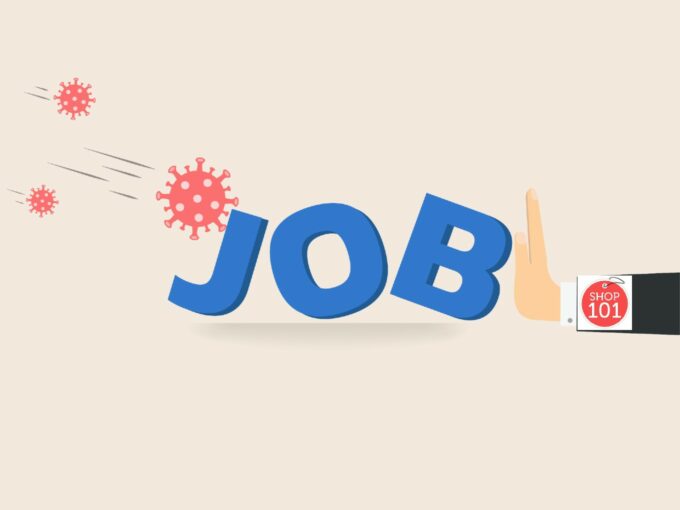 Mumbai-headquartered social commerce company Shop101 has asked nearly 40% of its total employees to resign while others have been asked to take pay cuts. The company had informed its employees on April 3 via a group call, Inc42 has learned from sources close to the development.

A source within Shop101 said that out of total 400-500 employees, nearly 200 employees across teams have been asked to leave. The company also terminated nearly 100 contractual employees, who were involved in call centre operations.

The employees that haven’t been let go have suffered pay cuts — mid-level to senior executives have been handed 15% pay cuts while managers and assistant managers have suffered 30% pay cuts.

Shop101 founders— Abhinav Jain and Aditya Gupta— had earlier informed the employees that they will take 50% pay cuts. Further, the employee added that the company had planned layoffs for June, considering June-September is a slow time for ecommerce but has initiated the layoffs earlier than planned.

Calls and messages sent to Shop101 cofounder Abhinav Jain for a response remain unanswered till the time of publication. Inc42 could not independently confirm the details of the downsizing.

The move came as a surprise for employees, who were hoping that the company might emerge out of the Covid-19 recession relatively unscathed. The source told us the senior management had internally announced profits of INR 100 Cr for FY19-20 in February, but the company claims to now be facing cash flow challenges.

Further, it is to be noted that in late March, Shop101 received a tranche payment of INR 28.69 Cr tranche as part of its ongoing Series C funding round from Stellaris Venture Partners India, Unilever Venture Holdings, Kalaari Capital Partners, and VY Capital Holdings Limited. Till date, the company has raised $19.1 Mn in funding.

However, the company has told employees to be accommodating about the pay cuts and terminations considering the ongoing crisis. Further, Inc42 has learned that employees had volunteered to take pay cuts instead of having to resign, but the company didn’t agree with this approach.

Shop101 was allegedly also not consistent in severance pay. It offered a month’s pay as severance to all employees, but some employees that bargained hard were offered two-month severance pay.

While several other companies are laying off employees or furloughing them, we have learned that Shop101 was stringent in its termination terms to employees, including alleged threats of withholding pay for any employees resistant to the forced resignations.

Shop101’s troubles mirror rival Meesho who reportedly laid off 30% of its workforce with pay cuts for senior management and employees too.