Exclusive: How Kristal.AI Is Using Its $6 Mn Series A Funding For India Expansion

Exclusive: How Kristal.AI Is Using Its $6 Mn Series A Funding For India Expansion

Kristal.AI has raised funding from Chiratae Ventures; Desai Family Office and other HNI’s 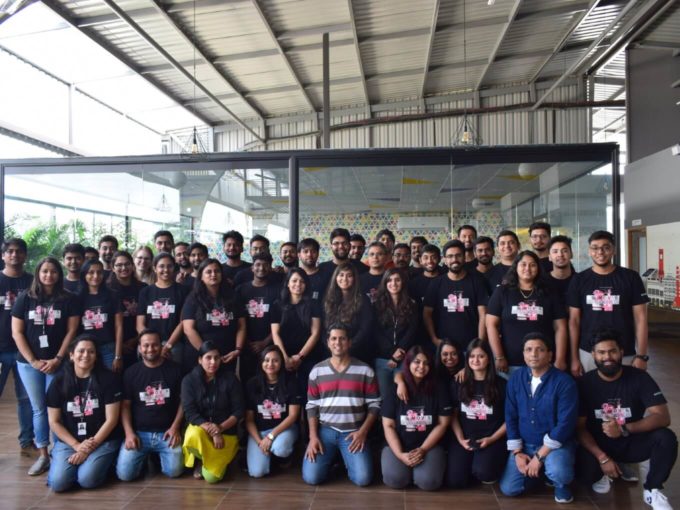 When the “Mutual fund sahi hai” campaign was started by the Association of Mutual Funds in India (AMFI) in March 2017, the main idea was to bring in the small retail investors into the mainframe. However, for a typical wealth manager, the real market begins at a net worth of INR 20 Cr – INR 25 Cr. This needed an entrepreneurial mindset to look for the gaps and bridge them with innovation. Of late, startups such as Scripbox, Basis, CredWealth, IndWealth among others are trying to do the same. However, Kristal.Ai is one of the first to take a plunge into the segment.

Launched in 2016 by Asheesh Chanda and Vineeth Narasimhan, Kristal.AI today works with an entire spectrum of customers. This includes sophisticated funds and family offices as well as mass affluent clients, who do not receive personalised services from private banks. It currently handles over $100 Mn in AUM, with 10,000 users on its platform.

After gaining a significant market share in Singapore and Hong Kong, as well as in Bengaluru and Mumbai in India, the startup is now focused on scaling geographically in India and other APAC regions with differentiated offerings. The company is also working on some of the enterprise products which they are fine-tuning, developing and beta testing, as Chanda told Inc42 in an exclusive interview.

“There is a channel partner segment in India which I think is different from what we have in Singapore and Hong Kong. In India, we are positioning ourselves in a differential manner, offering a personalised and curated way of investing with holistic financial planning access to rupees, ETFs, mutual funds, global investments, and a lot more,” he added.

Around 2016, digital wealth management was still considered an experimental business model within the various fintech models in India. However, over the last three years, it has gained both validity and credibility, as evident from the growth of players such as Zerodha, Paytm Money, ETMONEY among others.

While some may think that such high profile players might have scared off other players in the Indian wealth management space, Chanda has different views. “The market in India is very transactional. What we are focussing on is more personalisation and access to desired investments and products. A large segment still exists wherein the advisory and trust have still not gone truly into the digital segment and hybrid model works pretty well over that,” he said.

Further, being the first mover and having more than 70% of the team in India, he believes that Kristal has seen the Indian market from the ground up. “Our algorithms have been tested again and again and have become smarter based on market data, user experience, client buying sets, and preferences over time, which will certainly give us an edge,” he added.

The platform currently provides investors and advisors with sophisticated curated portfolios (branded Kristals) created by financial experts on the platform. Each Kristal is based on a theme and is comprised of a wide variety of exchange-traded assets including stocks, ETFs, bonds, options, futures, currencies and alternatives. The Kristals are rated and ranked based on Ivy League criteria used to evaluate mutual funds and hedge funds. Kristal.AI’s proprietary compliance engine and due diligence process ensure trading strategies are vetted and approved before being put to use on client’s money.

“Our algorithms are built to engage with clients, to understand their profile better. Technology is the core of our business, so data science runs in our veins where we try to derive marketing insights and other insights are all based on technology and user behaviour, so you can say it’s a good mix of behaviour, finance coming in confluence with deep learning at Kristal.ai,” Chanda told us.

The market in India is huge. According to analysts, not more than 2.5% of the population in India is doing investments currently and the market has much potential to expand, the requirements of which according to Chanda, just 3-4 players cannot suffice.

According to Chanda, wealth is one market where the market cannot have only one player dominating. The market needs to be a good mix of 15-20 players who are each playing a major role. “The market is very small and underserved and all new-age startups are now trying to tap it through the use of technology, certain systems, and user experience. Essentially, we are trying to expand the market and expand the buying itself,” he added.

Further, he believes the main difference between the Indian and other Southeast Asian markets is the volume of transactions offered (almost 100X that one might handle in Singapore) and the level of education related to financial planning, as well as the availability of financial products.

For example, ETFs in the US and other developed markets have been there for more than 15 years and in India, they have come in fairly recently. And digital players are now catching on to such new products. People in India have been hearing about direct plans only for the past 2-3 years, Chanda said.

“To create awareness around investment choices and financial planning is a task every player in this segment has to share. Then only the market will be expanded and the pie will get larger.”

Overall, cracking the secret sauce for success in the Indian wealth management market is still an ongoing process and no one company has managed to dominate the market completely. With the segment seeing over 20 wealth management firms as well as large private sector banks and domestic individual asset managers, digital investment and wealth platforms will be required to take a 360-degree view of the market, focussing not only on increasing trust but also on innovation and personalisation.

“Traditional banking is changing. One of the biggest differentiators in the future will be an advisor’s ability to deliver real-time, highly personalised investment experiences,” said TCM Sundaram, founding partner of Chiratae Ventures.

How quickly and effectively players like Kristal.ai can do this, will determine who takes the lead in this game in the near future.