Will ETMONEY’s Hunt For Revenue With Insurance, Loans Pay Off In Tight Fintech Market?

Will ETMONEY’s Hunt For Revenue With Insurance, Loans Pay Off In Tight Fintech Market? 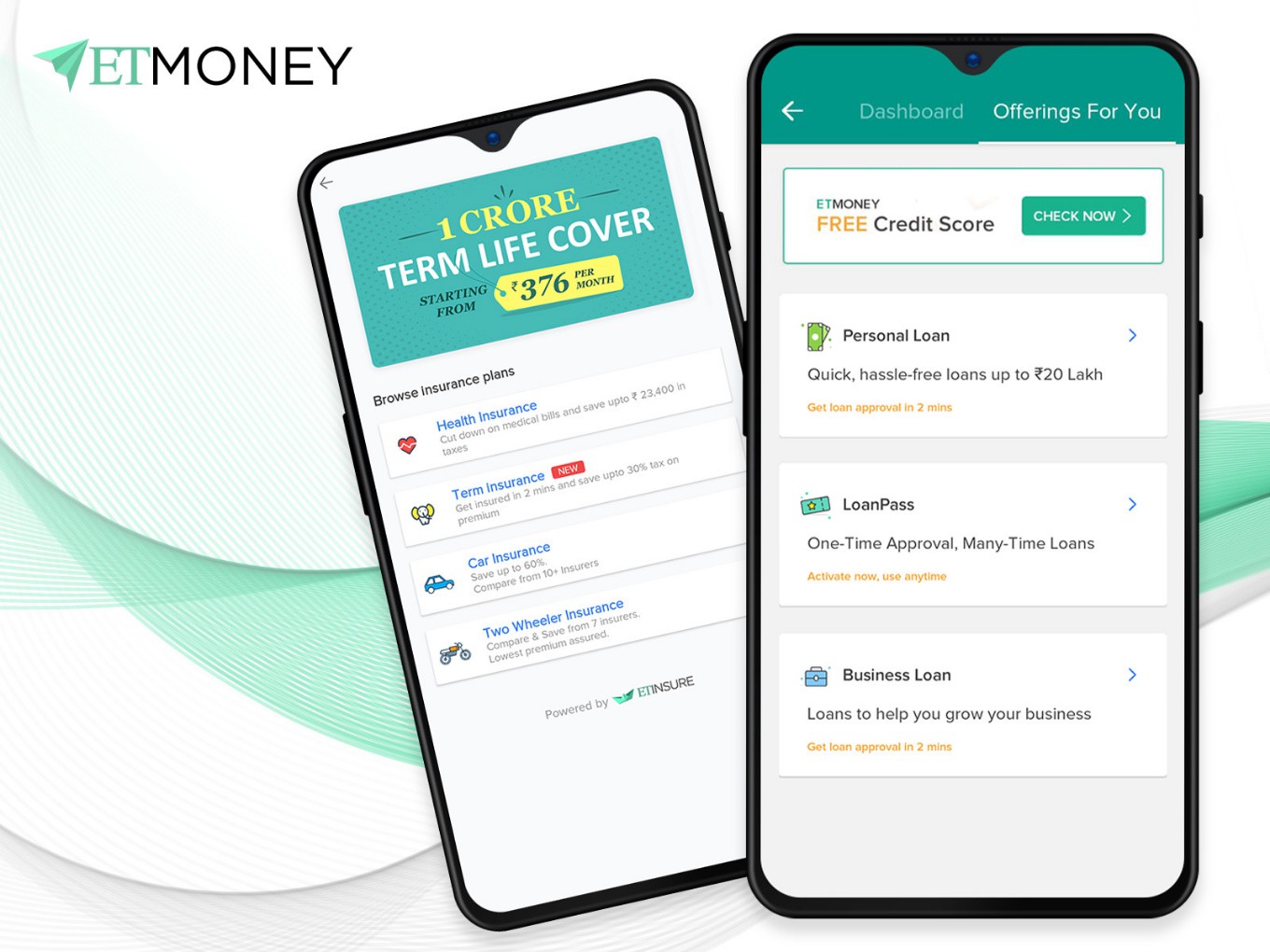 ETMONEY started in 2015 as an expense management app

Even as the fintech ecosystem has started making inroads into Tier 2 and Tier 3 sectors in the Indian market, the challenge for many fintech platforms is to monetise the maturing user base in the urban context.

Many fintech platforms started life as free services that let users perform transactions, invest in funds and stocks, and manage their expenses or personal finances. These apps are now looking for a way to get money out of their users. Paytm is the best example, and has morphed from a wallet service to payments platform to a payments bank and is all set to offer investments, insurance and other financial services through Paytm Money.

Similarly, Times Internet-backed ETMONEY has had to pivot and launch new features to keep pace with the users who are also maturing. While users got a taste of fintech with basic apps and payment platforms, they are only now starting to explore ways to spend more money on fintech platforms through digital insurance, investments and more.

It started as a daily expense and spending management app in 2015, but ETMONEY has now expanded it services to include multiple fintech segments such as zero commission mutual funds, short-term loans and insurance, as it chases a revenue bump.

Talking to Inc42, ETMONEY founder Mukesh Kalra said, “While the company does not earn any profit on its mutual funds service, with loans and insurance, ETMONEY will get access to a clear revenue stream.”

A clear revenue roadmap is indeed essential in the fintech market, which is growing tighter by the day. While the total funding and investor interest continue to rise, there is a feeling that business models in this space are not sustainable in the long run, owing to very few players have clear revenue channels in the long run.

Considering the untapped addressable market for the fintech sector, there is a lot of competition in this space. ETMONEY, with its diverse offerings, competes with fintech startups such as Chqbook, Earlysalary, Avail Loans, along with digital investment startups including Zerodha, Groww, Sqrl and Paytm Money. On the expense and personal finance management side, it has competition such as Walnut and other smaller apps and tools. Considering the breadth of the competition, one of the biggest challenges for ETMONEY and such super fintech apps, is delivering a consistent user experience, no matter the use-case.

Commenting on the what differentiates ETMONEY from the competition, Kalra said, “We have a solution-centric approach instead of having an open market approach. Also, user experience focussed innovations have been at the centre of our model.”

One such move, Kalra said, is introducing features such as smart deposit, video KYC for new users, instant SIP schemes, UPI payment integration for investments, and credit score generation, which are usually not available in all platforms. With the introduction of e-mandates for recurring payments, the app also lets users set up auto-payments for mutual fund SIP instalments in a paperless manner.

The question with fintech apps is always around data, and data localisation and security is one of the big goals for the Indian government these days. ETMONEY does track SMS messages and analyses spending trends based on them, but Kalra said the company is in control of sensitive consumer data and is not overly concerned about data localisation regulations. “We have put in place four layers of security on data. We are not even storing the data on the cloud, rather we have set up our own private data centres to secure the user data,” he added.

“We are very well covered from a privacy perspective. And we don’t see any regulation coming and biting us because we have made it pretty open to the consumers.”

The ETMONEY app currently lets users manage all their transactions and spending, invest in zero-commission direct mutual funds from 25 mutual fund providers, avail loans between INR 3K and INR 20 Lakhs, buy health and vehicle insurance among other services. The breadth of offerings has allowed the company to break even, Kalra said.

With its new services focussed around insurance and loans, ETMONEY is shifting to a commission-based revenue model where the financial service provider pays a certain fee for each new customer. This is in stark contrast to its earlier play of zero-commission mutual funds. But that has been the primary driver of usage so far.

ETMONEY claims to have recently crossed the landmark of INR 2K Cr worth of investments in Mutual Funds through its platform. Further, it claims to be adding more than INR 150 Cr in new investment transaction value every month from investors in 1,200 cities. It projects growth of INR 5K Cr in its AUM in the next 12-18 months. But it’s also looking at revenue-generating verticals.

Naturally, the new services of insurance and loans have been targeted at the affluent user base. According to Kalra, an average ETMONEY customer must be earning at least INR 50K per month, have had work experience for one or two years, and would be married and have one child.  ETMONEY claims to be disbursing loans at an annual rate of INR 150 Cr at a 30% month-on-month growth rate.

Kalra said a majority of the ETMONEY target audience is between the ages of 25 and 35 and hail from 12 states across 1,300 cities and towns. The company claims that 65% of its users have a credit score of over 760, which indicates good credit history and thus these are not exactly underserved by the traditional banking sector.

But the effort is to bring a touch of digitation and technology to their financial needs. It claims to have added 6 Mn users in the past 18 months and says it is driving more than $350 Mn in annual transaction volume on its platform. Kalra agreed that the Economic Times brand value has been instrumental in getting these users on board.

And perhaps that will be the ultimate success factor for ETMONEY. With the Economic Times being such an institution in the fields of investment, business reporting and economy coverage, there’s a lot of trust in the brand, which cannot be said with the same conviction of its competition. Even so, Kalra stressed on creating differentiation by capitalising on its low user acquisition cost, which allows it to upsell with higher margins, and building specific solutions, rather than going for a marketplace model with multiple partners offering financial services.

“Our approach is catering to the individual users and figuring out the specific need and fulfilling that through partnerships rather than bringing all vendors on board like a bazaar.”

But big name brands have fallen under the trap of stretching their product and services to a point where managing them all becomes a huge challenge. For ETMONEY too, this is the biggest challenge; many fintech services have focussed on a vertical to achieve maximum traction, but ETMONEY’s multi-pronged approach is certainly ambitious. The success here will be defined by how well it competes with the likes of Paytm, Zerodha, Groww, Avail Loans, EarlySalary and others to keep up the pace of innovation and the tech integration that is essential for the fintech sector.