WestBridge Capital will be infusing INR 191 Cr for receiving 98 equity shares and 11,18,068 Series B CCPS 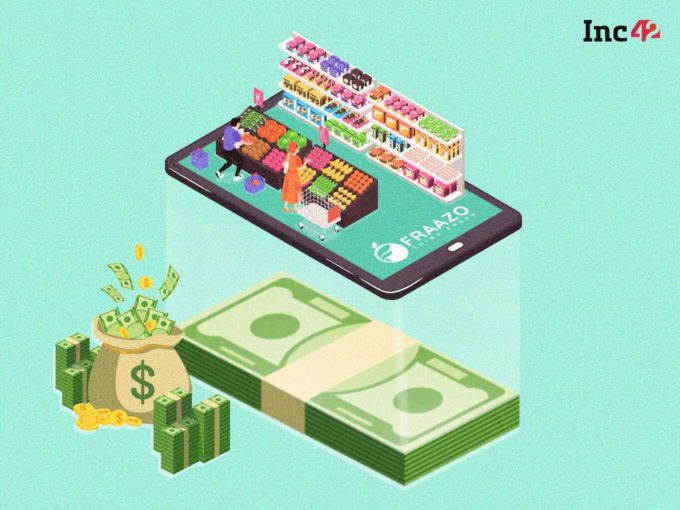 Fraazo has raised $50 Mn in a mix of equity and debt from WestBridge, Sixth Sense Ventures, Equanimity Investments, Apar Group among others.

The startup plans to utilise the investments to strengthen its fulfilment networks. The startup aims to create a network of more than 500 dark stores across 15 major cities.

As per the company’s filings accessed by Inc42, the startup is receiving fresh investment from WestBridge, Sixth Sense Ventures,  Exponentially I Mobility LLP among others.

The round of investment will be led by WestBridge as it will be pumping in INR 191 Cr for 98 equity shares and 11,18,068 Series B compulsory convertible preference shares. The startup’s existing investor Sixth Sense will be investing INR 5 Cr.

As per the filings, the startup will utilise the funds for expanding its business operations and to augment funds for long term financial resources.

The investment comes months after Fraazo raised a total of $15 Mn in its Series A round led by Sixth Sense Ventures. Back then Nabard-backed Nabventures and Equanimity Ventures had participated in the round.

Founded in 2016 by Atul Kumar, Vikas Dosala, Sumit Rai, and Aashish Krishnatre, Fraazo is based on a farm-to-fork model where it owns the entire back-end supply chain starting with farmers. The startup initially followed a B2B model where it helped hotels, restaurants procure fresh produce. The startup is at present operational in Mumbai and Hyderabad.

In the farm to fresh model, Fraazo competes against the likes of NinjaCart, Clover, Urban Kisaan, Simply Fresh, among others.

However, as Fraazo aims to deliver within 15 minutes in the coming months, the startup will be competing against the likes of unicorn startups such as Swiggy’s Instamart, Grofers, Dunzo, about to launch BigBasket’s BBNow.

The story has been updated with the official announcement.