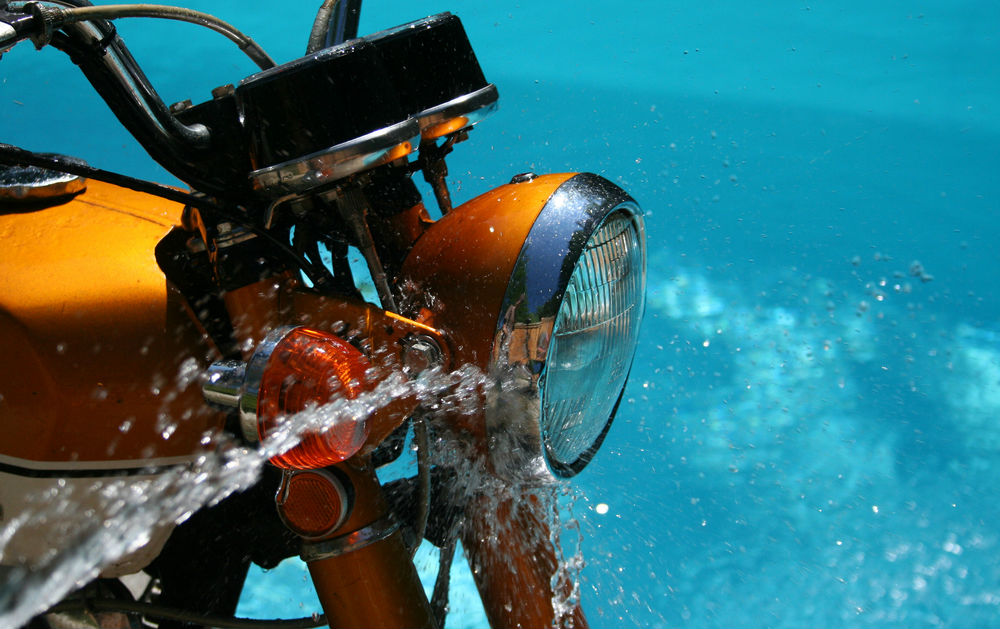 Mumbai based startup Entropy Innovations, has raised undisclosed amount in a funding led by a total of 10 angel investors. The round also saw participation of investment guru and executive chairman of Templeton emerging markets, Dr. Mark Mobius, who invested in the firm as part of an angel network, ah! Ventures in his personal capacity and AdvantEdge Incubator, which partnered in the investment through their Fund

Entropy was founded in early 2013 and is an engineering innovations company,  that aims disrupting the two wheeler service industry.

The team includes alumni of IIT & IIM who have designed and manufactured automatic motorcycle wash machine – ‘Express Bike Wash’ that addresses multitude of problems faced by an individual owner as well as a service station. The company claims that the machine is capable of washing even the dirtiest of motorcycle within 2-5 minutes. The brand has catered to roughly 1,00,000 motorcycles over the last 1.5 year.

According to the company, about 15 million new ones bikes are added nationally to the existing lot last year. “A host of players offer wash related products. However, there are barely any organized players for wash and related value added services. Through ‘The EBW Store’, we wish to bridge this gap at an affordable price, faster service rate & with an ease of accessibility to the retail customers. Additionally, we remain environment friendly owing to some of the unique machine features” says Niraj Taksande, co-founder of Entropy.

The company aims to organize this segment and bridge the gap by providing services at an affordable price, faster service rate and with an ease of accessibility to the retail customers.

The company has a few installations at service stations and also a few retail touch points branded as “TheEBW Store”.

Jigar Vora, co-founder of Entropy made it clear that post this round of funding they will look to increase their manufacturing capacity as well as grow to multiple locales and equip places such as petrol pumps, malls, corporate parks and societies.

The deal was advised and syndicated by ah! Ventures and led to closure on its private equity investment platform, CLUBah.com.

On this funding, Abhijeet Kumar, Co-founder of ah! Ventures said, “Entropy is another engineering technology startup which got me excited from the very first day. Their technology innovation is superb and they have definitely delivered a world class product. I am very happy to say that we have another really good tech product startup from IIT. Also the IP behind auto bike washing product is very scalable and robust. Besides the product, they have a dedicated and sincere team working round-the-clock to make it a successful company.”

Further adding to the above comment ah! Ventures Founder and Chief Executive Officer Harshad Lahoti said “Everybody is looking at India keenly and everybody wants to ride on the startup growth story in the country. The investment, which I believe is Mobius’ first in the startup space, has been made in his personal capacity,”

The company also plans to empower all manual washing centers with an automated washing machine as there is a huge potential at captive areas like petrol pumps, malls and societies.

Giving an investors’ perspective, Harshad Lahoti, further said, “In an era saturated with a deluge of IT, mobile and cloud-app ventures, Entropy’s conventional brick & mortar and yet super scalable offering was an instant hit amongst CLUB ah! investors. This, backed with a large readily available addressable target market for its services and a highly competent IIT-IIM team with a clear vision to disrupt the current two-wheeler service industry dynamics, made Entropy an extremely favourable investment opportunity. These were the most impressive qualities which our investors have loved. We at ah! Ventures are glad to have partnered with Entropy in their next growth phase.”

Founded in 2010, ah! Ventures aims at India’s early stage funding ecosystem through its innovative approach toward startup investing. It is a startup focused growth catalyst that brings together promising businesses and investors by creating wealth creation opportunities for both. Some of CLUB ah!’s recent investment include LogicRoots, Bluegape and  iTraveller The network also recently secured its first profitable exit from Harness Handitouch within 2 years of its investment. CLUB ah! till date has invested close to INR 30 Cr. in over 13 startups spread across varied industries and domains. The network is now in process of closing three more deals.