With 3One4 Capital As Partner, Sojitz Is Looking To Build Strategic Ties With Indian Startups

With 3One4 Capital As Partner, Sojitz Is Looking To Build Strategic Ties With Indian Startups 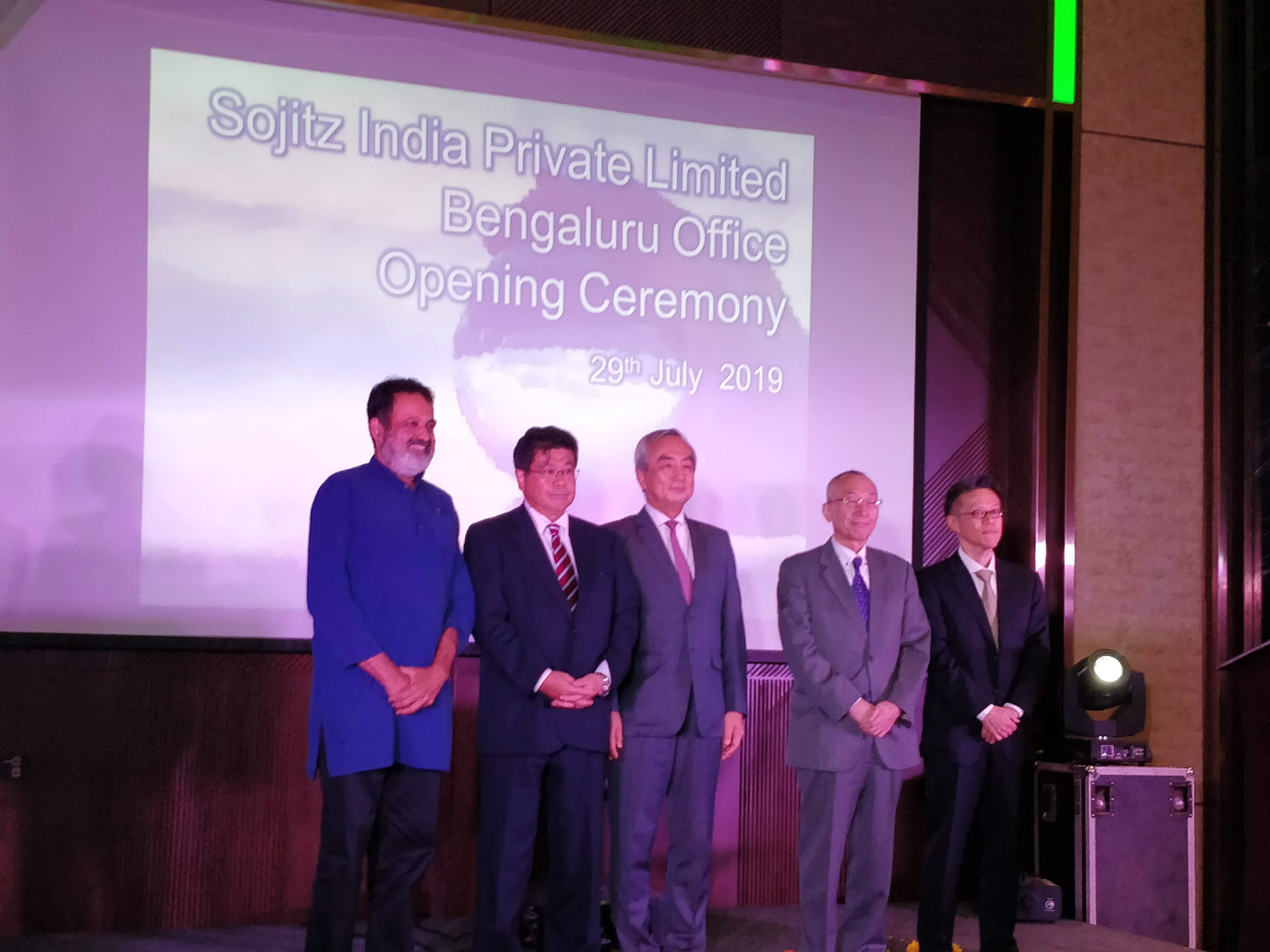 Sojitz had invested in 3One4 Capital for its Continuum I Fund

The India-Japan relationship in trade and startups got another boost with Japan’s leading trading conglomerate Sojitz Corp opening its Bengaluru office yesterday (July 29). Earlier this year, the company had announced a partnership with Bengaluru-based early-stage VC 3One4 Capital, by investing in its Continuum I fund, with an aim to strengthen its roots in the Indian startup ecosystem.

Sojitz is not new to the Indian market. The company’s Indian subsidiary was set up in 2005 and has actively participated in a slew of big projects in many sectors including industrial parks projects on the outskirts of Chennai and Delhi-Mumbai dedicated freight corridor project.

On their plans for startups in India, Takahiro Ebisu, managing director Sojitz India told Inc42, “Strategically speaking, Sojitz Corp is striving to explore startup and create new businesses along with our distinguished partner 3One4 Capital which does have a strategy towards investing in Indian startups. And, I think Bengaluru is at the frontier of the Indian startup ecosystem.”

“Sojitz has good access to the business network of Bengaluru, be it startups, VCs or consultants. And, being a trading house we want to create a stronger trading ecosystem with the help of startups.”

Primarily known for its trading businesses across various sectors such as automobile, energy, mining, lifestyle, food etc, Sojitz Group is into manufacturing and consultation business as well.

Speaking to Inc42, Siddarth Pai, founding partner, 3One4 Capital said, “We are the first VC fund that the Sojitz has directly invested into. After meeting their core team in Japan, I can say that the partnership has articulated a clear vision for the Indian startup ecosystem. They are also very keen to collaborate with Indian startups and help them scale globally.”

He added, “New Indian startups fundamentally lack two important aspects. One is market access to the world and the second is capital. Having a partner in Japan, especially someone like Sojitz, solves both these particular problems because of the trading network that spans almost the entire globe and they’re very, very strong in Southeast Asia, Latin America, and Africa, which are of key importance to Indian startups because while Silicon Valley can actually solve for the first billion users, it’s Indians and Indian startups for the remaining six billion.”

Why Sojitz Partnered With 3One4 Capital

As reported, Bengaluru-based 3one4 Capital, one of India’s most active early-stage VCs,  had launched its Continuum I fund with a target corpus of $50 Mn (INR 350 Cr). The fund focusses on Series B and other venture rounds of startups belonging to the 3one4 Capital portfolio and hand out cheques worth between $3 Mn and $5 Mn. 3One4 Capital has invested in over 50 startups in varied markets over the last 3 three years.

With the final close of this new fund and other initiatives in the pipeline, Continuum I will manage a combined corpus of INR 750 Cr ($100 Mn). The Continuum I fund’s limited partners (LPs) include a significant investment by a top-tier university endowment in the US along with Sojitz Corp, a global conglomerate from Japan. This is the first venture capital investment made by the Sojitz Corporation in India.

Pai said, “3One4 Capital has been very proud of his limited partners. And, we have also been very selective about the people we take on take on board as investors because, besides a capital contribution, what we value more than anything is actually collaboration. And, in this present collaboration, while Sojitz comes with a huge market experience which would enable market access for startups, it will also bring former closer to the latest innovations in various sectors.”

As Pai rightly highlighted, the India-Japan relationship has deepened since the Narendra Modi government came into power. Japan has become an essential partner in many of the Modi government’s flagship programmes including Smart City, Startup India, Digital India and many others.

Having held six rounds of Joint Working Group meetings till 2018, the Ministry of Communications (MOC), India and Ministry of Internal Affairs and Communications (MIC), Japan had signed a cooperation deal in ICT sector under the fifth meeting of India-Japan JWG in 2018. As per the MoUs, Japan will cooperate in the areas of technologies such as AI, ML, blockchain etc.

In May last year, the Startup Hub was also set up in Bengaluru stationed at the Japan External Trade Organization (JETRO) as an interface between startups and firms from each nation, for more collaboration such as identifying Indian startups suited for Japanese market and investors.

“India is the most important country market for Sojitz today,” Ebisu said, “And as the Indian startup ecosystem is thriving, we can help expand their business across all the continents which is possible due to our presence across the globe.”

On Japanese collaboration, Pai said, “We also have Recruit group that’s actually done a tremendous amount of work when it comes to investing in India. They also several other Japanese investors are also very working very closely in. So, it’s a prestigious league. It’s a long-term relationship.”

“What we clearly see is that India has become a software powerhouse in Japan while Japan is a manufacturing powerhouse. And the collaboration between both of them is of key importance because both these skills are actually complimentary.”

He added that Sojitz’s primary goal would be bridging gaps between two geographies. So there’s a natural synergy between 3One4 Capital and Sojitz. “We also see this particular relationship bubbling down to all the other companies because it becomes a portfolio companies collage of greater levels be it in terms of funding or market access,” concluded Pai.

Disclosure: 3one4 Capital is an investor in Ideope Media Pvt Ltd, the parent company of Inc42. None of Inc42’s investors have any influence on our reportage of the Indian startup ecosystem.