ElectricPe is an aggregator platform that helps EV owners find, pay for and charge using charging stations available in their area

The startup will use the freshly raised capital to enhance the technology offering, onboarding more charging partners, and developing customer trust.

The Indian EV market was largely unaffected by the pandemic, and the Union government is adopting a bullish stance towards the manufacture and adoption of EVs in the country 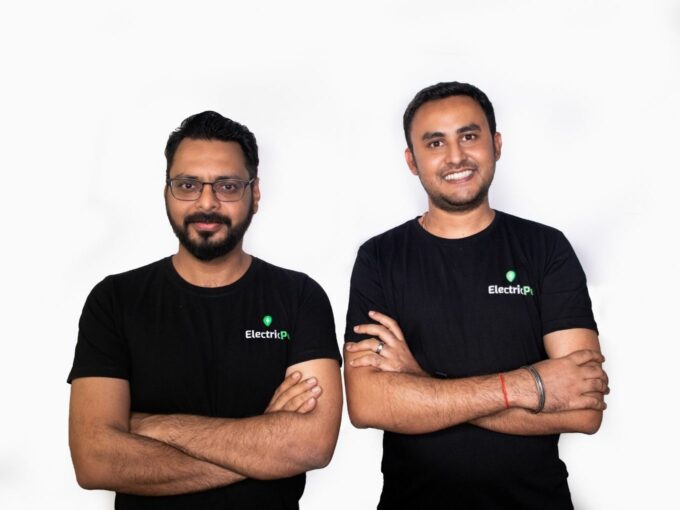 EV charging startup ElectricPe has raised $3 Mn in a seed funding round led by Blume Ventures and Micelio Fund.

Founded in 2021 by Avinash Sharma and Raghav Rohila, the startup is an aggregator platform for electric vehicle charging points.

Using ElectricPe’s application, EV users can find charging stations near their location and access them. The startup claims to track charger usage real-time charger usage to ensure that charging points are in working order.

ElectricPe considers itself OEM agnostic and is open to partnerships with all kinds of EV charging networks and independent charge point operators. It will utilise the freshly raised funds towards enhancing the technology offering, onboarding more charging partners, and developing customer trust.

“Using our proprietary technology and platform approach, we aim to solve for ‘trust’, which an EV user requires when looking for charging services. With rising fuel prices and favourable Government incentives, the EV revolution has already begun, and our vision is to enable affordable and clean charging for all. We are taking an ecosystem approach by working with all industry stakeholders, thereby making adoption more seamless,” said Avinash Sharma, cofounder & CEO, ElectricPe.

With the Indian government being incredibly bullish about electric vehicles, the race for developing an EV charging network across the country has already begun. But there are two different technologies for EV ‘refueling’ battling it out for supremacy: battery swapping and electric charging.

With battery swapping, discharged batteries are swapped out for a new freshly charged battery, usually from a business offering ‘Battery as a service’. They are more convenient than chargers since discharged batteries can be replaced in about the same time as it takes to fuel an internal combustion engine (ICE) vehicle.

But storing, charging and maintaining these ‘swapping packs’ is more complex and costly than simply connective vehicles to an existing electricity grid. Due to this, battery swapping technology is mostly used for on-demand public transport vehicles like e-rickshaws; where the ‘refueling’ time is crucial.

This week, Battery-swapping startup Battery Smart raised $7 Mn in a Pre Series A funding round led by Blume Venture and Orios Ventures.

As battery and fast charging technology keeps getting better, the charging model becomes more and more viable. This is especially true for personal vehicles which spend a lot of time stationary at consumers’ homes where a waiting period for charging doesn’t make much of a difference.

Infrastructure Network for the EV Boom

India’s EV market is expected to rach $152.21 Bn by 2030 growing at a CAGR of 94.4%. The Indian EV market remained mostly unaffected by the pandemic. Registration of new electric cars increased by 109% year-on-year in 2020 with 5,905 cars registered during the year.

The Indian government is also adopting a bullish stance on the Electric Vehicle production and penetration in the country. While speaking to journalists at a conference, Minister for road transport Nitin Gadkari spoke about the government’s plans to encourage foreign EV OEMs to manufacture in the country.

“I told them this: Don’t make cars in China and sell them in India. Come here; we have vendors; manufacture here; sell here; and export,” said Gadkari, referring to Elon Musk’s Tesla who has plans to enter the country.

The Union government also extended the second phase of the FAME India scheme by two years till March, 2024. It is an incentive scheme for the promotion of electric and hybrid vehicles in the country.

The easiest way to establish an extensive charging infrastructure in the country would be if OEMs came together to collaborate and develop an inter-compatible charging network; which isn’t what happened in the United States.

“The need of the hour is is for more players to enter the market and more products to penetrate into it. I believe that Indian manufacturers will all come together to develop solutions that will help the entire market,” remarked Sharma.

According to him, ElectricPe will address this issue in its own way by establishing trust amongst consumers, letting them know that EVs are a viable option with charging stations available at the touch of a button.