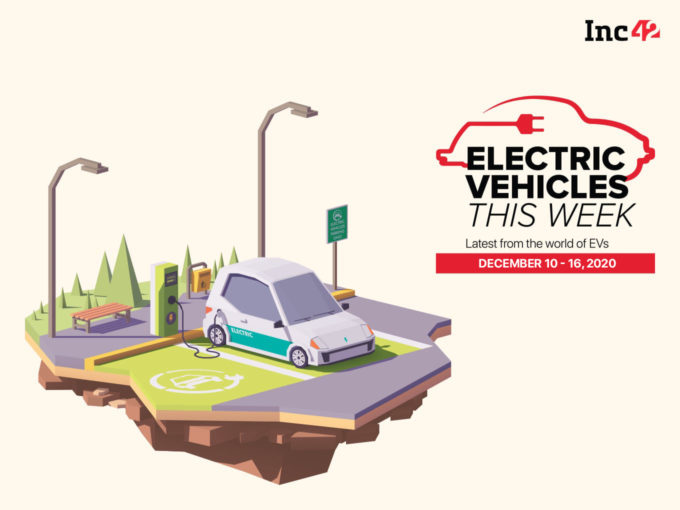 Bengaluru-based cab-hailing unicorn Ola has signed a memorandum of understanding (MoU) with the Tamil Nadu state government to set up a manufacturing hub for electric two-wheelers in the state. The facility is said to be the world’s largest scooter factory.

The ride-hailing company has focussed its recent efforts to become an automobile manufacturer claims that the factory would generate investment of around INR 2,400 Cr from the EV ecosystem in the state and will create employment for up to 10K people. Ola aims to have an initial production capacity of 2 Mn vehicles annually.

Inc42 had earlier reported that Ola Electric plans to launch electric scooters in India and Europe, which will be priced at around INR 90,000-INR 95,000 per unit. Ola looks to sell these vehicles directly to buyers as well as use them in shared mobility. It will compete with the likes of Bajaj Auto, Hero Motocorp-backed Ather Energy and TVS.

Meanwhile, Cab aggregator business Uber announced that it plans to switch to a fully zero-emission platform by 2040 globally. The company has also committed to scaling its electric vehicles (EV) offerings to 3,000 units across two-wheelers, three-wheelers and cabs.

Bengaluru-based scooter-sharing startup Bounce is looking to add about 4,000 more electric two-wheelers by February 2021. The company is looking to transition to a 100% EV fleet by the third quarter next year. More than 10,000 vehicles of this fleet would include the company’s in-house designed bikes.

Bounce has reportedly designated a separate team of engineers to create its self-assembled electric-scooter. It will soon require a manufacturing unit or partners to help scale up the production processes and offer these EVs on a subscription pricing model as well as on a long-term rental basis. The company will also work with delivery and ecommerce companies to supply scooters for last-mile use.

Notably, the luxury brand Mercedes-Benz belongs to Daimler AG. Last week, Union Minister Nitin Gadkari at the FICCI annual general meeting, said, “I had an interaction with the managing director of Mercedes-Benz. He was telling me they are planning to launch an electric truck.”

Under this, the trio will undertake joint research on production of battery packs, validation of LIB cells and addressing the specific requirements to ensure the suitability of developed batteries. This will be useful for critical performance at the Standard Operating Procedure (SoP) conditions.

Read Of The Week:

Of Pivots, Calibration And A New Roadmap: How Bounce Is Resurrecting Its Stalled Journey

Bounce is no stranger to pivots if we care to look at its journey and roadmap. The concept had its roots in a teenager’s dream of owning a luxury bike, which he could not afford. Understandably, high-end bikes are never pocket-friendly until one opts for rental, rather than ownership, and undertakes short trips within the city limits. So, in April 2014, Vivekananda Hallekere, the chief executive officer of Bounce, and two other young cofounders – Anil G and Varun Agni – launched Wicked Ride, an exotic bike rental company.

It offered premium bikes across storied brands such as Harley Davidson, Royal Enfield, Triumph-Bonneville, Kawasaki Ninja, Indian Scout and Ducati. Now the company has switched its focus to electric bikes manufacturing and is looking to transform its fleet completely.

Sourcing EVs, either from manufacturers or through self-assembly (a la Bounce) and making them as accessible and functional as today’s mainstream Uber-Ola fleet will be tough and require adequate funding. Bounce’s realisation of a perfect future where EVs can be spotted zooming around on Indian roads could, indeed, be a tall order.

But there is a silver lining. What Bounce is aiming to accomplish today, has been done by another startup from the same city.

About 84,000 units of Renault Zoe were sold in Europe since January 2020, making this Renault’s best selling electric vehicles model in Europe. The model was launched in 2019 across France, Germany, Italy, Spain and Portugal. It has managed to sell 2,68,000 units of the Zoe electric vehicles. Last year, it sold half of what it has managed to sell this year.

The French automaker may soon be planning to launch in India as well. Earlier in October, Zoe was spotted during testing on Indian roads. The photos of the Renault Zoe electric hatchback with a temporary Tamil Nadu licence plate were shared on social media.

China Sold Over 1.3 Mn Units Of EVs This Year

China has managed to sell about 1.3 Mn units of EVs in 2020, representing an 8% hike year-on-year. The growth of EVs sales would, in turn, increase the demand for battery metals and lend a strong support to China’s battery metal prices.

Industry experts believe that China may reach 1.8 Mn units in 2021, representing a 40% increase from this year. The confidence in electric vehicles sales could be attributed to stable economic growth, continuous stimulus policies on vehicle consumption, and sales promotions by manufacturers, added Xu Haidong, the deputy chief engineer of China Association of Automobile Manufacturers (CAAM).