Electric Vehicles This Week: India Gets Ather 340 And E-Motion’s New EBike Surge On Road, And More

Electric Vehicles This Week: India Gets Ather 340 And E-Motion’s New EBike Surge On Road, And More

Important Developments From The World Of Electric Vehicles [June 1-6, 2018] 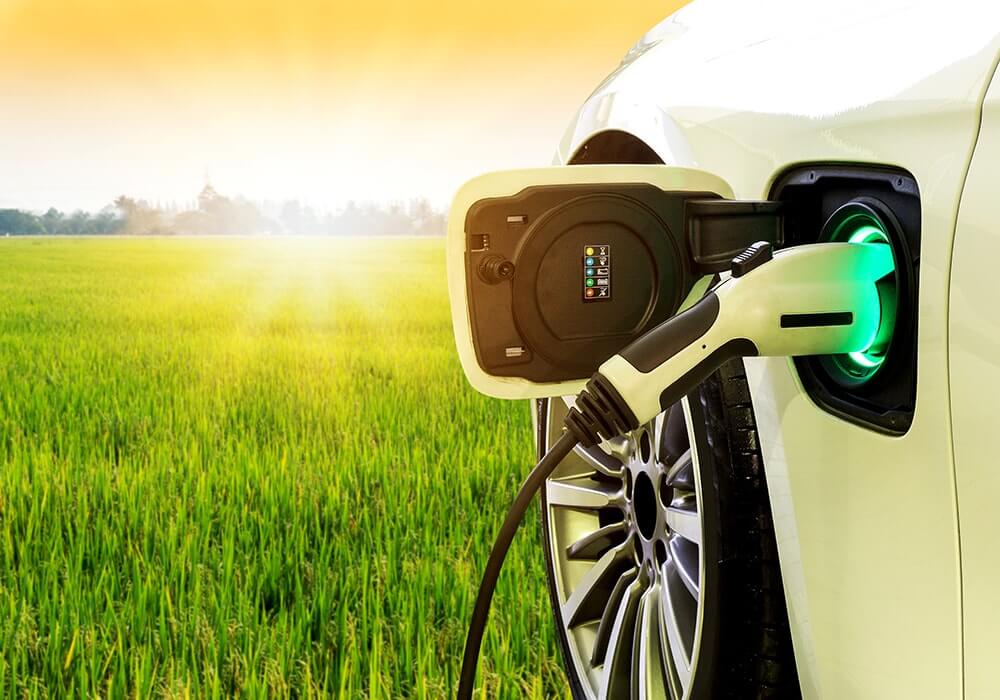 There are currently three million electric vehicles on streets around the globe, and the growth rate continues to be massive. Market research and business intelligence portal Statista said, “It is only a matter of time until combustion engines are an outdated niche product for coal rolling oddballs to be replaced by EVs.”

Another research by the International Energy Agency forecast that electric vehicles to grow from 3 Mn to 125 Mn by 2030. It finds that the world’s total EV fleet grew 54% to about 3.1 million in 2017. The research said “government policies will continue to be the linchpin for electric vehicle adoption.”

Given that so much is happening in the Indian as well as the global EV ecosystem, we bring all these developments to you in the 27th edition of the electric vehicles this week.

They’re powered by a 2.4 kWh battery pack, which is water and dust proof, with an IP67 rating. The pack sits in the floorboard of the scooters and there’s a cooling fan as well to ensure the battery does not heat up. The electric motor sends power to the rear wheel via a belt drive to ensure wear and tear and loss of power is minimal.

India’s oldest global motorcycle brand in continuous production, Royal Enfield, has forayed into developing a humming electric motorcycle platform. The company is currently at ideation stage to develop electric motorbikes platform. A team is said to be working on the development at the company’s UK technology centre.

“How our platforms need to be re-engineered for the future is to be seen and we are working on it,” Royal Enfield president Rudratej Singh told Livemint, adding, it would “help if the company can do with its current platforms, but new platforms will be built if required.”

Tamil Nadu-based eMotion Motors has unveiled its first-geared electric motorcycle Surge, which claims to have 40 new innovative features. It can clock speed up to 120km/hr and perform acceleration of 0-60km/hr in less than four seconds. The ebike has an LED-backlit display, GPS navigation, mobile phone integration, cloud connectivity, and IOT features for an enhanced user experience.

Tata Motors has added a new vertical, Electric Mobility Business, which aims to offer optimised and accessible EV solutions to consumers. The company is also developing a 320-volt battery with a capacity to cover over 300 km. It will offer EV or hybrid solutions on Iris, Magic, Ace, Super Ace, on the small commercial vehicle front.

As a step forward to the project, Maharashtra chief minister Devendra Fadnavis inaugurated the new Tata powered EV charging stations. The MoU envisages setting up EV charging stations at nine locations across Maharashtra. Tata expects its commercial vehicle market to grow in lower double digits in the next two years and the passenger vehicle market to grow at an 8% CAGR till 2023 to cross 5 Mn.

Come 2020-21, Japanese Suzuki Motor Corp plans to produce as many as 35K electric vehicles annually in India. It may partner with Toyota Motor and Denso Corp for the development of a compact and ultra high-efficiency powertrain, Livemint reported. It has already signed a tripartite agreement with Denso and Toshiba to set up a lithium-ion battery factory in Gujarat.

“As of now, the target is to get approximately 2% of sales in 2021 but the infrastructure that Suzuki is creating for electric vehicles will help them hit the ground running,” a person familiar with the development told Livemint. Earlier, in January, Maruti Suzuki managing director Kenichi Ayukawa had said his firm would also establish EV charging stations in a few other cities in India.

Chinese EV manufacturer BYD and its Hyderabad-based partner Goldstone Infratech plan to manufacture 5K electric buses per year in India by March 2021. Goldstone-BYD recently unveiled its India manufacture electric feeder bus and plans to become a hub for exporting these buses to other South Asian nations.

Five of these electric feeder buses is said to be exported to Nepal at a cost of $178K (INR 1.2 Cr) each before they hit the Indian roads. It aims to scale up its manufacturing capacity to around 2K by the end of this year across various production facilities. Goldstone recently invested $74.5 Mn (INR 500 Cr) in setting up a manufacturing facility in Karnataka.

Texas To Bring Back Its $2,500 EV Incentives

Texas in the US is planning to reintroduce its electric vehicle incentive program which offers discounts up to $2,500 at the purchase of all-electric, plug-in hybrid, and fuel cell vehicles, after a three-year hiatus. With the federal tax credit, it can add up to $10K in incentive on a new EV, electrek in its report said.

The Texas Legislature has already approved the programme with an investment of $7.3 Mn for the initiative. Cars or trucks running on compressed natural gas or liquefied petroleum gas will be eligible for $5K, the report said. The programme has left out all Tesla buyers, and Texas continues to remain one of the last states in the US that hasn’t allowed Tesla’s direct sale business model.

Ireland Looks To Use Street Lamps As EV Charging Points

The Dún Laoghaire–Rathdown County Council (DLR) in Ireland will soon permit the use of street lamps as electric vehicles charging points. One such lamp will be set up on Crofton Road in Dun Laoghaire. Its installation is expected to be completed within two months, the Journal reported.

It said, “DLR has ensured it has a good metered electric supply, a defined parking spot and that doesn’t interfere with the footpath.” Further, the council is believed to be exploring possibilities of installing some lamp post chargers in the Docklands area, too. Ireland currently has 5,500 EVs on its roads. The government aims at half a million EVs by 2030 as per its Ireland 2040 plan.

The switch to electric vehicles puts 75K engine and gearbox manufacturing jobs at risk, a study by the Fraunhofer Institute of Industrial Engineering has revealed. German trade unions, who commissioned the study, warned that rollout of EVs will result in less work for assembly workers. Currently, the auto industry in the country accounts for 840K jobs, of which 210K are tied to powertrain production.

The study that stated that 75K jobs are threatened, based on the assumption that 25% of all cars will be electric by 2030, 15% hybrids, and 60% petrol and diesel variants, reports Reuters. Volkswagen’s top labour representative Bernd Osterloh said, “A battery factory requires only a fifth of the workforce when compared with an engine plant.”

BYD To Launch Its Battery Production In Europe

Chinese EV maker BYD is reportedly looking at launching battery production in Europe, which is estimated to be worth $290 Bn market by 2025. The European Commission in 2017 had launched an alliance of local companies aiming to build 10-20 huge battery factories.

America’s automaker Tesla has started deploying its solar products and energy storage systems on its charging network. It allows its EVs to charge on sunlight and the excess solar power is stored in Tesla’s battery packs. After sunset, the powerpack can feed the solar power back to the charging station. This not only benefits Tesla’s cars but also other electric vehicles.

The project is part of the Smart Solar Charging project by LomboXnet and several other local partners in Utrecht. It is equipped with 20 charging points connected to a 200-panel solar array and a 400kW/800kWh Tesla Powerpack battery system. The company has already added Tesla Powerpacks in the Netherlands to its universal charging station.

Stay tuned for the next edition of Electric Vehicles This Week!