India's EV policy, to be released on September 7, will roll out EVs in nine polluted Indian cities with a population of over 4 Mn

Only 1% of China's EV startups will survive as they require significant investment in technology, said VC firm NIO Capital 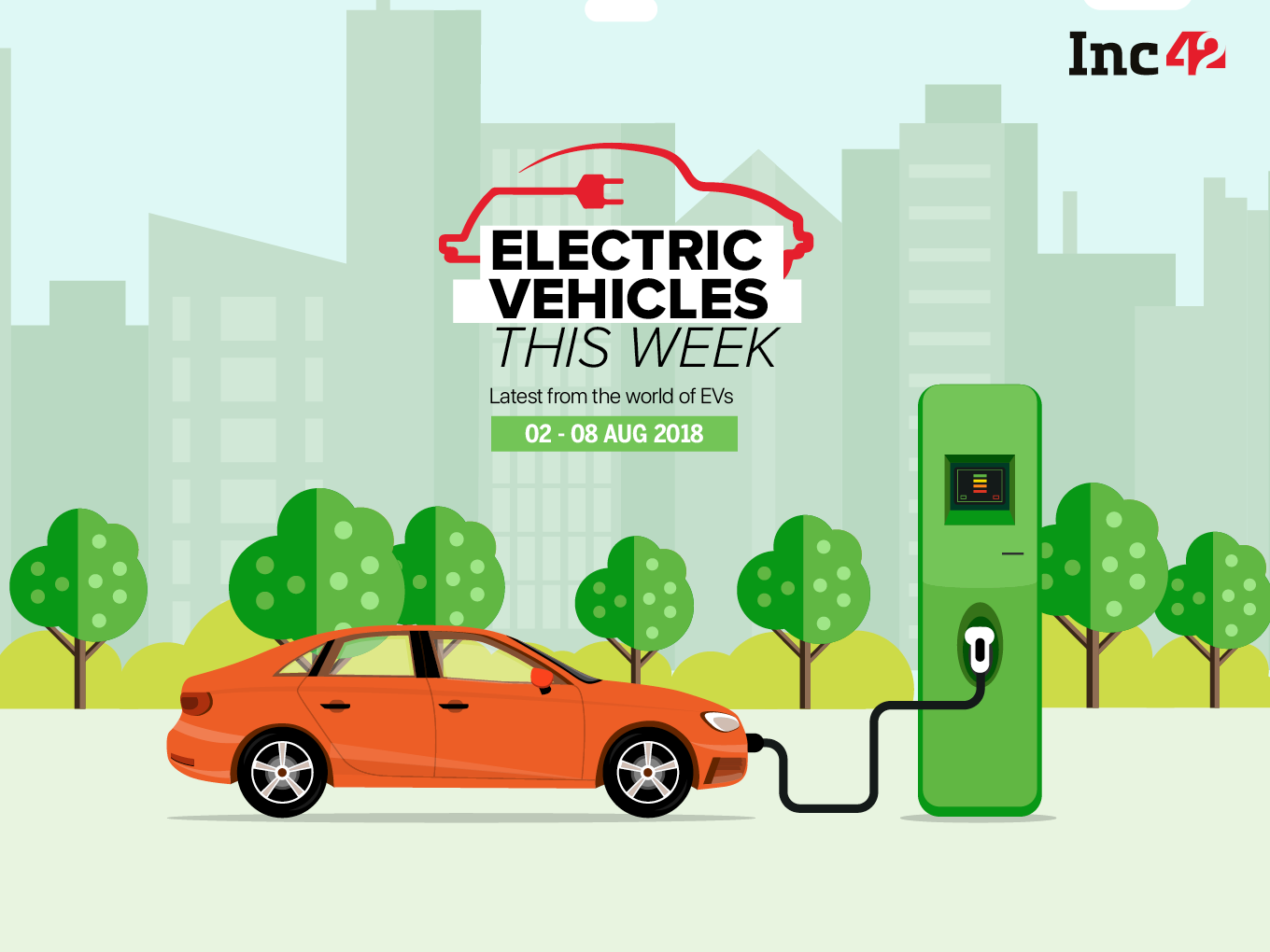 Even as the Indian government is all set to roll out its new electric vehicles policy, the International Energy Agency (IEA) recently published a report that flagged worries about cobalt, a core element used in the lithium-ion batteries that power electric vehicles.

India could play an important role in the hunt for clean fuel. Vizag-based Bharat Energy Storage Technology (BEST) is setting up the country’s first thermal battery plant in Andhra Pradesh. Starting May 2019, the company will start producing the first-of-its-kind thermal cells, aimed at boosting renewable sources of energy production, while maintaining a low carbon footprint.

The company is building high-energy density storage devices, which, it says, last longer than lithium-ion batteries, and can be used to power electric vehicles and telecom towers.

The plant will initially have an annual capacity of 1,000MW and will be ramped up to 10GW in the next six-seven years. Thermal batteries have little carbon footprint and use no hard metal or inflammable substances.

BVS Prakash, managing director of BEST, which is building a factory for the power source in Andhra Pradesh, told Reuters on Monday, “It should take about six to eight months to complete the plant and we plan to go into commercial production by May 2019.”

Meanwhile, there are more exciting developments in the EV ecosystem around the world.

Let’s take a look at EV developments in the 35th edition of Electric Vehicles This Week.

Govt May Roll Out New EV Policy On September 7

The Indian government is preparing to release a fresh EV policy on September 7 at a global e-mobility summit. The policy will roll out electric vehicles in nine polluted Indian cities with a population of over 4 Mn, and will gradually cover cities with populations of more than 1 Mn, people familiar with the development said.

“The policy will be rolled out initially on a smaller scale to ensure a smoother transition and better cooperation from the automobile sector,” a government official said.

The policy is said to cover various aspects related to electric mobility, including challenges and support required for manufacturing EVs and their batteries, setting up of charging infrastructure, improving the role of renewable energy in electric mobility, etc.

According to Essel Infraprojects Ltd CEO (New Initiatives) Ashok Agarwal, the investment in ZipGo is a continuation of company’s commitment to further accelerate the adoption of EV technology in India.

Agarwal said, “ZipGo has demonstrated clear market leadership with a focus on capital efficiency and sustainable growth. This investment is to help accelerate the growth of ZipGo and the adoption of electric buses in India.”

The development comes after Essel Group recently forayed into the electric vehicle segment this year. EGM is the holding company for Essel Infraprojects’ electric vehicles and green mobility initiatives.

The IKEA Group, the Swedish furniture retailer and a member of The Climate Group’s RE100 and EV100 initiatives, has committed to source 100% renewable energy by 2020. It has also promised to transition to electric vehicles across its entire global fleet by 2030.

Within the first year of opening its store in Hyderabad, India, IKEA Group will transition 20% of its local delivery fleet to electric vehicles and also install on-site solar rooftop panels on the store to power its operations.

“It is exciting to see that IKEA’s first store has already installed 4,000 solar panels, while the company plans to make one-fifth of its delivery fleet electric,” said Jarnail Singh, India Director, The Climate Group.

The IKEA Group has purchased four land sites in the states of Telangana, Maharashtra, Karnataka, and Delhi/NCR. This expansion aims to accelerate the transition to clean energy technologies and transport systems of the future, thereby contributing to lowering pollution levels in Indian cities.

SmartE says that its partnership with the DMRC, which is currently rolled out as a pilot, will deliver over 50,000 rides to commuters every day. The startup operates more than 800 electric three-wheelers in Delhi/NCR. It fares are reasonable, starting at INR 10 for the first two km followed by INR 5 per km thereafter.

SmartE co-founder and CEO Goldie Srivastava said, “It is a proud moment for us today as we expand our operations in the national capital of the country. We look forward to serving nearly 20,000 commuters daily in the first phase of the Delhi Pilot.”

Sanand Industrial Estate, located about 35 km from Ahmedabad, is emerging as a preferred destination for automaker Tata Motors to manufacture electric vehicles. The automaker supplies EVs manufactured at Sanand to the government-owned Energy Efficiency Services Limited (EESL), which is responsible for procuring EVs under the National E-Mobility programme.

“Based on superlative performance at our Sanand plant, we have decided to start our EV initiative from here,” said Mayank Pareek, president of the passenger vehicle business unit of Tata Motors.

Andhra Pradesh chief minister N Chandrababu Naidu flagged off an eco-friendly battery car at Mangalagiri in Guntur district of the state. The vehicles are being launched by the Andhra Pradesh Tourism Development Corporation (APTDC), Mahindra Electric, and Zoomcar.

To begin with, the government will male 15 EVs available and the number will be increased based on demand. Such vehicles are already operating in Pune, Kolkata, Mumbai, New Delhi, Jaipur, Hyderabad, and Mysore. Naidu assured his government to support any kind of innovations in the EV space.

Only 1% EV Startups Will Survive In China’s: NIO Capital

China is home to hundreds of startups betting on the electric car revolution, but only 1% will be able to survive in an industry that requires significant investment in technology, said venture capital firm NIO Capital.

“It’s a very complicated system that needs abundant investments and a large group of people to be able to build a car from scratch…therefore, the survival rate of all these EV startups will be very low,” NIO Capital Managing Partner Ian Zhu said.

The Shanghai-headquartered firm is seeking to raise $1.5 Bn for an onshore fund and favours investing in joint projects between auto startups and traditional carmakers because they combine innovation with real manufacturing capabilities, he said.

Oil giant Shell is leading a $31 Mn Series A round of financing in a US-based electric vehicles startup — Ample. Moore Strategic Ventures, Repsol Energy Ventures, Hemi Ventures, and TRIREC, have all also participated in the investment round led by Shell.

The investment is part of Shell, a global group of energy and petrochemical companies, goal to make ‘Electric Cars for Everyone’ with a new charging technology. Shell is building its own chargers at its own gas stations, and recently acquired a charging network with over 30,000 chargers.

Tesla Starts Filling Up 14 Roles For Its Shanghai Factory

Tesla Inc has started hiring for a new factory in Shanghai, according to job postings on its website. The automaker was looking to fill 14 roles, including architectural designer and senior finance manager, for its Shanghai Gigafactory, which is expected to produce both electric vehicles and their batteries.

Most of the positions are senior in level and require at least six years’ experience, the job descriptions showed. The 21st Century Herald, a Chinese business newspaper that reported the job postings on Tuesday, said Tesla began advertising the roles on Sunday.

Stay tuned for the next edition of Electric Vehicles This Week.