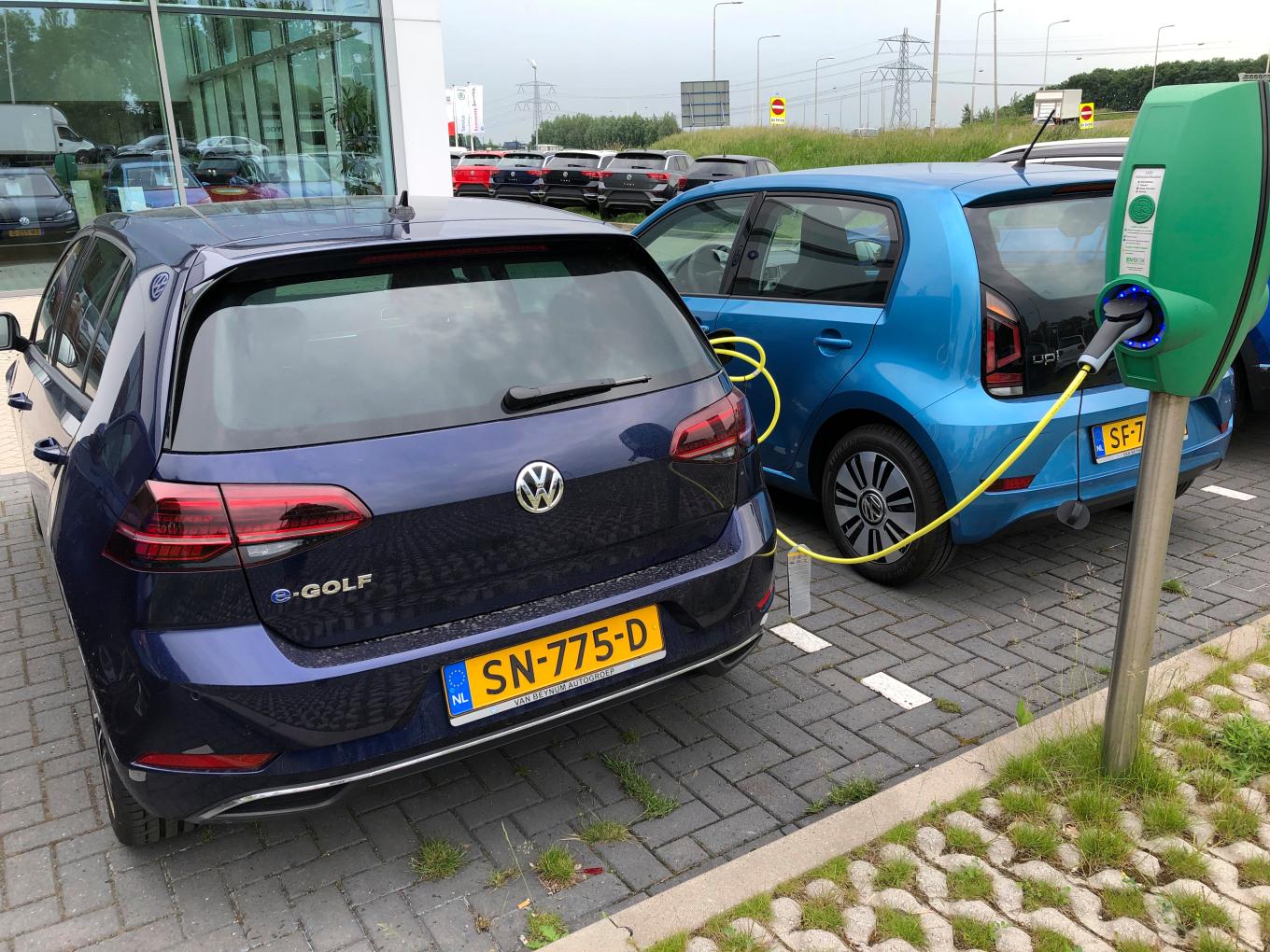 Rudratej Singh, president and CEO of BMW Group India, the infrastructure for the vehicle is still “ambiguous and uncertain”, which would affect the price and acceptability of the vehicle among Indian consumers. Maruti Suzuki CEO C V Raman said, “It is going to be difficult to make a good value proposition immediately unless the cost comes down substantially.”

The automobile industry as a whole is shifting its manufacturing and technology prowess towards electric mobility to meet the government’s goals in terms of transition to electric vehicles by 2023 and in the years to come after that.

Bengaluru-based hyperlocal grocery unicorn BigBasket has announced its plans to turn towards e-mobility for its last-mile delivery operations across metros. The company said it currently has 150 e-vans and 50 e-bikes. It aims to increase this to 1000 vans and 2000 bikes within the next one year.

The company said it has worked with multiple e-van OEMs like Gayam Motors and Euler Motors and certified them for their operations. It is now progressively introducing e-bikes from brands including Hero, Okinawa, Li-on, and Greaves Cotton in its operations.

BigBasket said that with the aggressive push for EVs, it has been able to lower its delivery costs. The company said it is also looking to challenge the issues related to the deployment of EVs. Some of these include apprehensions on the part of banks in terms of managing delinquency in loan repayment; availability of charging infrastructure, etc.

Bengaluru-based EV startup Cell Propulsion has raised $488,900 in a fresh round of funding from Endiya Partners, according to data compiled by VCCEdge (reported by TechCircle).  The company, founded in 2017, former ISRO employees Nakul Kukar and Paras Kaushal, designs and develops electric power trains and autonomous electric mobility solutions for multiple types of transportation.

Last year, the startup signed an agreement with the Bengaluru Metropolitan Transport Corporation to work on the electric conversion for public buses. It won the Better Bus 2018 award from WRI India and FedEx for its work in this field.

The central government is reportedly considering giving more sops and benefits for electric vehicle (EV) suppliers to boost infrastructure and manufacturing units. If reports are to be believed, the government is planning to spend around INR 40K Cr on benefits and subsidies, including loans, tax breaks, rebates and assorted benefits, between 2020-21 to 2029-30.

The government, with this move, also expects to support micro, small and medium enterprises (MSMEs) as this sector can lead to EV innovation. The scheme might be introduced under ‘Make in India’ and will work along Faster Adoption and Manufacturing of Electric Vehicles (FAME).

Asian nations, with China leading the way, are poised to dominate the global EV battery manufacturing charts for the foreseeable future. A Wood Mackenzie Power and Renewables report says that by 2026, the Europe, Middle East and Africa (EMEA) region will account for 228 gigawatt-hours of lithium-ion cell manufacturing capacity, which is dwarfed by the projected Asia-Pacific count of 345 gigawatt-hours.

With lithim-ion batteries accounting for up to ~45% cost of EVs, financially-speaking battery management is a big cost for EV owners and fleet operators. Battery life and performance degrade over time and Edison lets fleet owners and the likes of Ola and Uber to improve their total cost of ownership (TCO) over the lifecycle of the vehicle. OEMs designing EVs and batteries can also utilise the platform for better user experience with remote service, support, and extended warranties.

With BMW, Audi, Tesla leading the electric vehicle movement, the latest entrant is Porsche, which launched its first all-electric vehicle, the Taycan Turbo, this week, and a high-performance version, the Taycan Turbo S. While it may be good news for the EV supercar industry as a whole, a few people are not happy with Porsche’s use of the ‘Turbo’ in the name.

Elon Musk, founder of Tesla, led the criticism. Musk tweeted, “Um @Porsche, this word Turbo does not mean what you think it does.” In simple terms, “A turbocharger is an add-on part that uses recycled exhaust gases to — quite literally — boost an engine’s performance.”

Since all-electric cars are 100% battery-powered, there’s no fuel or exhaust for the emission. So, the addition of Turbo in the name has led to a lot of banter on social media. Of course, as far as names for cars go, it’s not that bad. People do associate turbo with high-performance thanks to the legacy use, and Porsche is now using that name to distinguish high-performance versions in electric cars.

German automobile giant Volkswagen has launched what describes as an electric car for the masses. Called the ID.3, the EV has room for four passengers and a driver, and can travel up to 550 Kms on a single charge, according to the company. Its base cost of $33K makes it more affordable than Tesla’s Model 3, which starts at about $40K for the base model.

Volkswagen says it is looking to invest over $33 Bn towards electric mobility by 2023. The ID.3 comes from the company’s $1.3 Bn production line in eastern Germany, which is the first of its eight planned electric-car factories.