Okinawa has announced the launch of its latest B2B two-wheeler priced at INR 58,998

China’s largest carmaker BYD is looking to raise $3.9 Bn from the sale of shares in Hong Kong 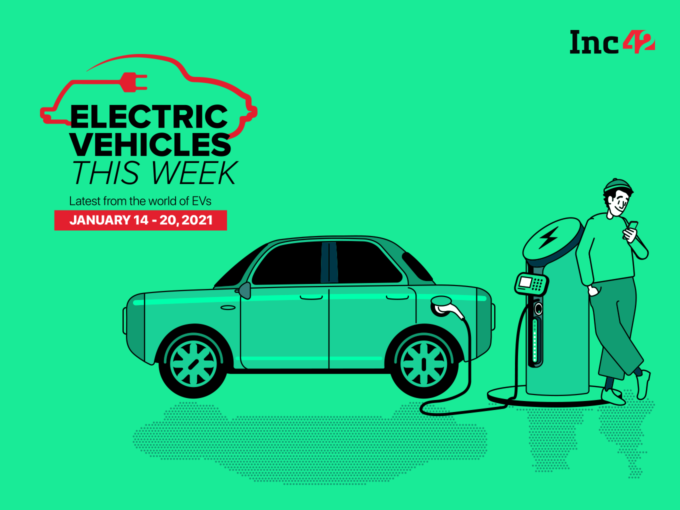 Ride hailing giant Ola has partnered with Siemens for its upcoming electric vehicles manufacturing facility, which is deemed to be the largest one in the world. The company will be investing about INR 2,400 Cr in the same unit with an initial capacity of 2 Mn units a year, and ability to generate over 10,000 jobs.

Under this partnership, Ola will have access to Siemens’ integrated Digital Twin design and manufacturing solutions to digitalise and validate product and production ahead of actual operations.

It is pretty clear that Ola has plans and hopes from this manufacturing unit. To make them come true, the company plans to raise $300 Mn from existing and new investors, Inc42 exclusively reported last month.

A person aware of the development has now highlighted that the company will use this fund for brand building, distribution and technology enhancement, where it looks to develop its in-house battery management systems or software for its electric vehicles.

Mumbai-based electric vehicle and energy storage company Gegadyne has raised $5 Mn in strategic investment from electrical appliances giant V-Guard. This investment will enable it to scale up its operations and further enhance research and development.

It plans to use this funding to bring capabilities for EV batteries up to 700 Mwh, from its current capacity of 300 Mwh capacity (150 Mwh for manufacturing and 150 Mwh for recycling plant). It is also looking to expand its presence across the US.

Simple Energy Raises Funds To Launch EV In May

Bengaluru-based EV startup Simple Energy has raised an undisclosed amount from angel investors Vel Kanniappan, with participation from four other investors, to launch its flagship scooter in May 2021. The company will start the sales from Bengaluru and Chennai, followed by Chennai, Mumbai and Hyderabad.

The e-scooter will be equipped to cover 240 Km range in eco made with a top speed of 100 K per hour. It will also come with a mid-drive motor along with a removable battery and smart features like a touch screen onboard navigation, Bluetooth, etc.

Indian origin global automotive startup Earth Energy EV is all set to launch its latest emobility offering this month. According to the teaser posted on the company’s social media handles, it will be an electric motorcycle. Overall, it is looking to launch its 6 new commercial and non-commercial vehicles in the market this year.

Gurugram-based electric vehicle manufacturer Okinawa has announced the launch of its latest B2B two-wheeler, Okinawa Dual, priced at INR 58,998. The company claims that the model has the largest two-wheeler capacity for EVs.

Okinawa is offering additional customized accessories such as delivery boxes, stackable crates, cold storage boxes for medicines, cylinder carrier, lab on wheels and more that can be seamlessly and safely added to the scooter for carrying gas cylinders, heavy hardware equipment, water cans, groceries and more.

The latest investment will help support GM’s timings to deliver BrightDrop EV600 in late 2021. The transformation work will begin immediately, and will be completed in the next two years.

China’s largest carmaker BYD is looking to raise $3.9 Bn (HK$29.9 Bn) from the sale of new shares in Hong Kong. It plans to place 133 Mn new shares at 7.8% discount on the close price on January 20 og its current stock. The new shares will account for 14.5% of its   existing shares currently traded in Hong Kong, and 4.88% of its total share capital.

“The company will achieve an accelerated replacement of fuel vehicles by new energy vehicles through technological innovation, as well as a leap from traditional vehicles to smart vehicles through its software and hardware enhancements in the field of automotive intelligence,” Shenzhen-based BYD said in its filing.