Electric Vehicles This Week: Bharat Forge Invests $13.3 Mn, HMR To Have EV Charging Across Metros, And Many More

Electric Vehicles This Week: Bharat Forge Invests $13.3 Mn, HMR To Have EV Charging Across Metros, And Many More

Important Developments From The World Of Electric Vehicles [ 8-14 June, 2018] 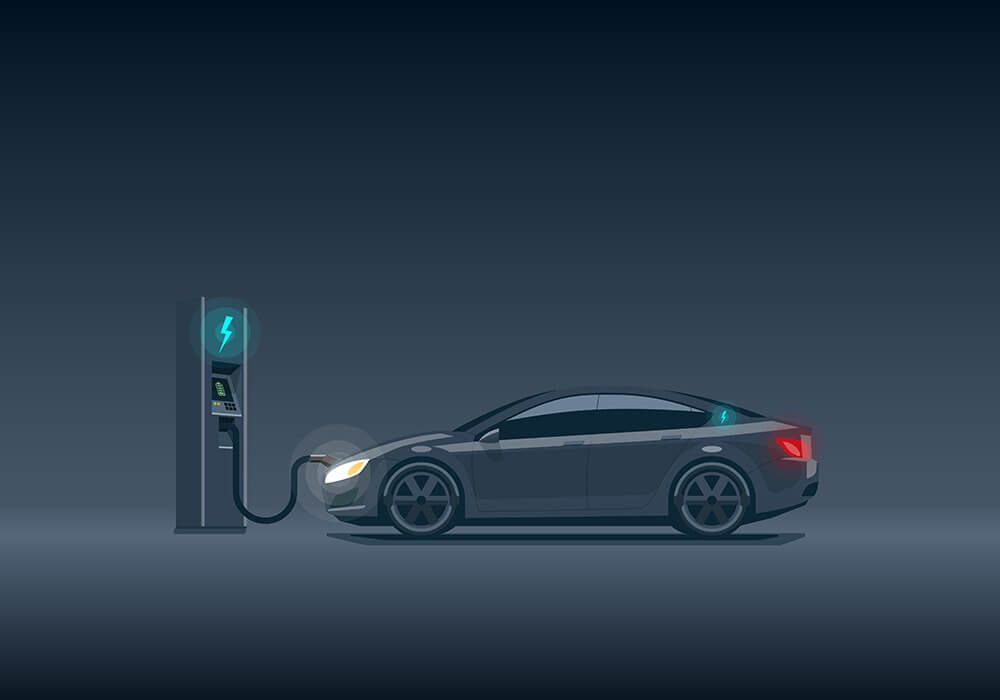 According to a recent survey, the global fleet of electric vehicles (EVs) is likely to more than triple to 13 Mn by the end of the decade. The total number of EVs stood at 3.7 Mn last year. The report, released by Paris-based International Energy Agency (IEA), adds that EV sales may soar 24% each year on average till 2030.

IEA senior analyst Pierpaolo Cazzola, citing the report, said, “The dynamic policy developments that characterising the electric car market are expected to mobilise investments in battery production, facilitating cost reductions and ensuring that battery production takes place at scales that exceed significantly what has been seen so far.”

The report has highlighted that with the effort of governments globally, the world’s transportation system is fast shifting towards cleaner fuels with a focus on limiting pollution and greenhouse gases.

There are currently 3 Mn electric vehicles on streets around the globe and the growth rate continues to be massive, Statista earlier found.

Given that so much is happening in the EV ecosystem, we bring you some of the major developments to you in the 28th edition of the electric vehicles roundup this week.

This is Bharat Forge’s third major initiative in the EV space and comes shortly after the start of its Engineering and Development Centre at MIRA, UK, and its investment in electric drivetrain company Tork Motorcycles in India. The company aims to create a range of products to complement the requirements of OEMs, thereby growing its revenue per vehicle.

The Greater Hyderabad Municipal Corporation (GHMC) has ordered 10 electric three-wheeler vehicles from Hyderabad-based Gayam Motor Works (GMW) to use them for waste collection. These Li-Ion battery EVs can be charged in three hours, and can ply up to 110 km, carrying a load of up to 800Kg.

The three wheelers manufactured by GMW are also used for last-mile deliveries by companies such as BigBasket, Gati, Flipkart, Delhivery, and several other logistics companies.

Kia Motors To Bring Its EVs In India By 2021

South Korean automaker Kia Motors is set to roll out its EV fleets in India by 2021 through an investment of $1.1 Bn in its Anantpur manufacturing plant in Andhra Pradesh. It plans to produce 3 Lakh electric vehicles annually and employ around 3,000 when fully operational.

Kia Motors is already selling electric vehicles in Europe and the US and believes that the current issues faced by the Indian electric vehicle industry, like charging infrastructure, will be addressed to an extent by 2021.

Anand Mahindra Positive That India Will Eventually Have An EV Policy

At a time when the India government has taken a U-turn on the matter of formulating an electric vehicle policy and the Fame-II Scheme has been deferred for an indefinite period, Mahindra and Mahindra Group chairman Anand Mahindra said he believes that “things will evolve gradually” and that it would be unfair to find fault with the government for lack of a “readymade” EV policy.

Mahindra said, “It (EV) is such a new area, a new field, that it is very difficult to fault anyone for not having a readymade ideal policy in place. These things evolve.”

He was speaking at an event by Mahindra Lifespace Developers and The Energy and Resources Institute (TERI) that saw the launch of a centre of excellence (CoE) for bringing energy-efficient real estate in the country. The CoE aims at developing a database for market-ready scalable and energy efficient materials and technologies.

Mahindra and Mahindra-owned luxury electric vehicles maker Automobili Pininfarina has plans to sell its limited edition first car. The limited edition model, code-named PF0, will cost $2 Mn each. The company will release lLss than 100 units of the model towards the end of 2020. This electric vehicle will have a top speed of 400km per hour with battery range of about 500km.

“In that price range, we can sell only a limited number. One of the reasons people buy (such cars) is because it’s a limited edition,” M&M managing director Pawan Goenka said. The PF0 will be showcased at Pebble Beach Concours d’Elegance in California in August this year, Livemint reported.

A tripartite agreement between the Hyderabad Metro Rail (HMR), the Power Grid Corporation, and the L&TMRHL has been signed to set up EV charging facilities across HMR metro stations, beginning with Miyapur. The cost of each charging station is estimated to be around $36.9K (INR 25 Lakh).

These charging stations can charge up 80% in 45 minutes and a single charge can power the electric vehicles to ply 70-80 km, according to HMR managing director NVS Reddy. The charging stations will be set up at parking lots of metro stations.

Nissan EV Leaf To Launch In India By April 2019

Automaker Nissan India president Thomas Kuehl has confirmed it will make the battery-fitted second-gen Leaf, which was launched in 2017, available in India in FY 2018-19. The electric vehicle is powered by a 40kWh Li-ion battery and can ply up to 400km per charge.

Leaf is available with ProPILOT autonomous drive technology that allows the car to take control of acceleration, steering, and braking on a highway, or while parking. It also has an e-Pedal technology that lets the driver accelerate and decelerate by using the traditional accelerator pedal only. Nissan’s second-gen Leaf is likely to cost over $44K (INR 30 lakh).

Byton, the international brand of China-based electric vehicle startup Future Mobility Corp, has raised $500 Mn in a Series B funding round from investors like eFAW Group, Tus-Holdings, CATL, Qidi Holdings, Jiangsu Belt, and Road Investment Fund, among others.

With the funding, the startup plans to enhance its ability to successfully deliver the first batch of mass-produced vehicles and invest in later-stage R&D. Byton is planning to debut its luxury sedan concept car in Shanghai on June 12 and will be officially unveiled at the International Consumer Electronics Show (CES) Asia on June 13.

German automobile manufacturer Porsche has named Taycan as its first electric vehicle. The moniker roughly translates to “a lively, young horse,” Porsche CEO Oliver Blume said, adding, “We are going to take the next big step next year.”

Taycan has been developed under the project codename Mission E, which is a sleek four-door that promises 600hp (447kW) and 310 miles (500km) of range from a 95kWh battery pack. The Mission E will use an 800V electrical architecture to allow for rapid recharging — 250 miles in less than 20 minutes being the plan.

China’s lithium battery-maker Contemporary Amperex Technology Ltd (CATL) shares jumped by the maximum 44% allowed by the exchange, valuing the company at about $12.3 Bn. This cemented the position of CATL founder and top shareholder Zeng Yuqun on China’s rich list with an estimated net worth of about $3.4 Bn, according to the Bloomberg Billionaires Index.

The government’s generous subsidies for new energy vehicles and restrictions on gasoline cars in some cities will help battery demand quadruple in the next four years in China, Bloomberg New Energy Finance said in a recent report.

Swiss energy firm EBL plans to create Europe’s largest e-mobility hub in the canton of Basel-Landschaft, which can be used by 130K cars a day. The company’s electro-mobility innovation centre will feature 280 charging points for electric vehicles, including 60 so-called Superchargers, The Local cited EBL as saying.

The facility will also house workshops for research projects, coworking spaces, concept stores, showrooms for electric carmakers, and meeting rooms. EBL has partnered with the canton of Basel-Land and the FHNW University of Applied Sciences and Arts Northwestern Switzerland for the project. The Swiss government plans 15% of all vehicles to be electric by 2022.

Honda and General Motors have signed a deal to jointly develop a new-gen battery tech for its electric vehicles for North American market. They are reportedly working on developing greater energy density units that store more energy without increasing the battery size.

Further, Honda and GM also aim to reduce the charging time to make batteries more convenient. The large volumes will also help lower the manufacturing costs for these tech, the companies said.

Stay tuned for the next week edition of Electric Vehicles This Week.