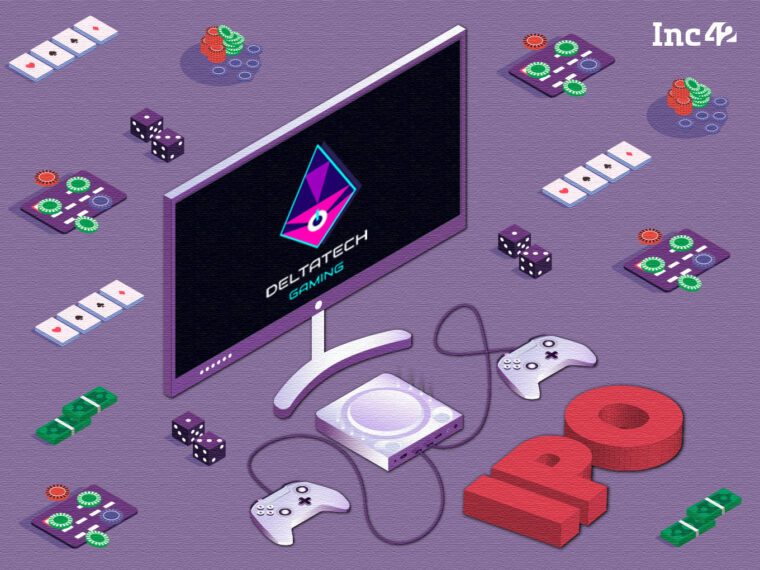 Deltatech Gaming’s Adda52 was one of the earliest companies in the RMG segment in India, and it claims to have retained a 34.5% market share

Deltatech Gaming Limited, the company which runs the poker platform Adda52, has filed a Draft Red Herring Prospectus (DRHP) with the Securities and Exchange Board of India (SEBI) to raise INR 550 Cr through an initial public offer (IPO).

Once listed, Deltatech Gaming will join online gaming platform Nazara Technologies to become only the second company of its kind to go public in India.

According to the draft prospectus, the IPO will consist of a fresh issue worth INR 300 Cr and an offer for sale of INR 250 Cr. Axis Capital and JM Financial have been appointed as bookrunners for the IPO. The shares will be listed on the BSE and the NSE.

The company plans to utilise around INR 150 Cr for marketing and business promotion to achieve organic growth and around INR 50 Cr will be used to improve technology infrastructure.

The gaming platform added that it will also invest an undisclosed amount from the net proceeds of the IPO to fund inorganic growth initiatives and general corporate purposes.

Deltatech Gaming offers several real-money games (RMGs), with Adda52 being the most successful. It said that Adda52 was one of the earliest companies in the RMG segment in India, and it claims to have a 34.5% market share in the segment.

A RedSeer report commissioned by Deltatech for the draft prospectus stated that with around 400 Mn online gamers in 2020, India was the world’s second-largest gaming market by user base and is expected to have as many as 710 Mn gamers in the next four to five years.

The Deltatech Gaming IPO comes at a time when there is growing uncertainty around online gaming, in particular the kind of games being offered.

Recently, the Ministry of Information & Broadcasting (I&B) issued an advisory for TV channels, newspapers and digital media outlets, asking them to ‘refrain from publishing advertisements’ of online betting platforms.

In April, the Union Ministry of Finance set up a Group of Ministers (GoM) to try and bring online gaming, online betting, casinos and race courses under the ambit of GST. The panel reportedly finalised a 28% GST rate and will be taken up for discussion in the next GST Council meeting.

The government is reportedly also working on a national framework for online gaming.

In June, the Ministry of Electronics and Information Technology (MeitY) held a meeting with 40 online gaming platforms, including unicorns such as MPL, Dream11 and listed startup Nazara Technologies, among others, to discuss the said framework.