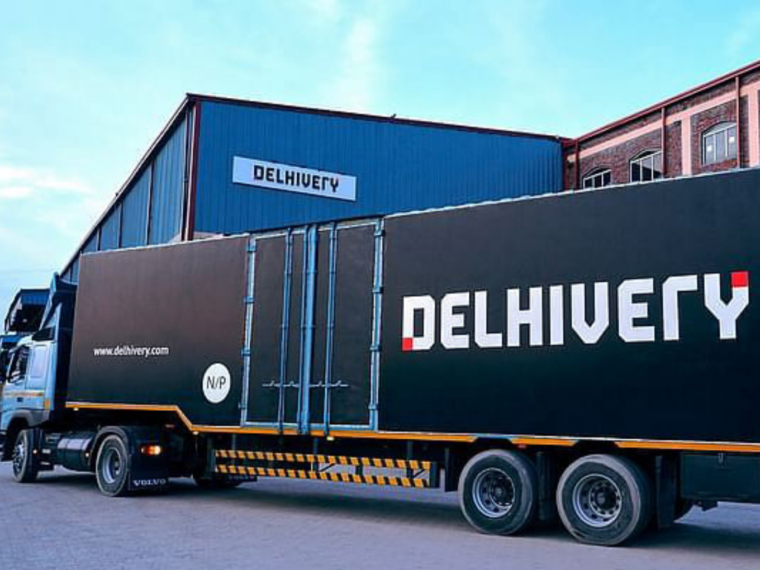 The stock closed 10% higher than its IPO price at INR 536.35 on the first day of listing

The shares of the logistics startup listed on the Bombay Stock Exchange (BSE) and the National Stock Exchange (NSE) on Tuesday. The shares listed at a premium of 1.7% over the issue price at INR 495.2 on the NSE. The initial public offering (IPO) was subscribed 1.63 times.

The stock opened higher at INR 543.80 on Wednesday but gave up the gains to close nearly 5% lower.

Before the IPO opened, the logistics company raised INR 2,347 Cr from 64 anchor investors, including marquee names such as Tiger Global, Bay Capital, Steadview and Fidelity, among others.

The company’s IPO opened on May 11 and closed on May 13. By the end of the offer window, the IPO was subscribed 1.63 times, pushed primarily by institutional investors.

Manglani and Tandon, two of the company’s cofounders, quit the company and stepped aside from day-to-day operations in March 2021.

Delhivery is the first major new-age tech startup to go for an IPO in 2022 amid a slowdown in equities globally. Currently, more than a dozen startups are in line for IPOs but are waiting for a decline in market volatility and a change in investor sentiment.

Recently, FirstCry became the first major startup to announce the postponement of its IPO plans. The kids’ marketplace was lining up for a $1 Bn IPO but has postponed the plans citing increased market volatility.

Besides FirstCry, consumertech startup boAt is targeting a listing during the first quarter of 2023, even though it has received SEBI’s nod for its INR 2,000 Cr IPO.

Along with these two, the likes of PharmEasy, Mobikwik and OYO are some of the few new-age tech startups which have received the market regulator’s nod for an IPO but are waiting for better market conditions.