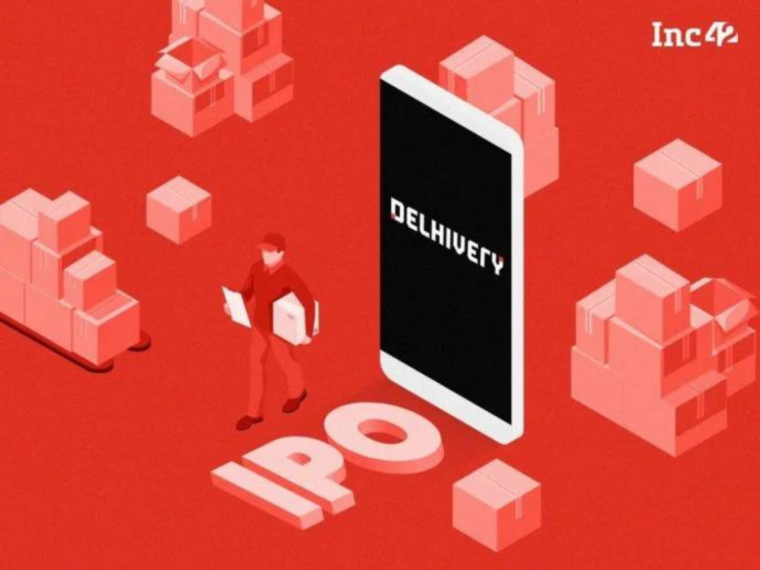 The price band values the unicorn at INR 35,283 Cr at the top end of the spectrum

The startup plans to raise INR 4,000 Cr via fresh issue and INR 1,235 Cr through an offer for sale

Logistics startup Delhivery has set the price band for its initial public offering (IPO) at INR 462-487 per share. At the upper end of the price band, the unicorn will have a valuation of INR 35,283 Cr.

The startup’s IPO will be open for subscription from May 11-13.

According to a report, the share allotment will be finalised on May 19. Shares will be credited to the demat account of the successful bidders on May 23 and the stock will debut on the bourses on May 24.

Earlier on Tuesday, media reports said that Delhivery would reduce its issue size from INR 7,460 Cr to INR 5,200 Cr. The startup now plans to raise INR 4,000 Cr via fresh issue of shares and INR 1,235 Cr through an offer for sale (OFS).

Shanghai-based Fosun group, via its affiliate Deli CMF, will offload its stake worth INR 200 Cr in the startup. The OFS will also comprise of share sale worth up to INR 454 Cr by CA Swift Investments, up to INR 365 Cr by SVF Doorbell, and up to INR 165 Cr by Times Internet.

The startup will use the capital raised from the IPO to fuel organic and inorganic growth initiatives through acquisitions and other strategies.

The listing will be managed by Kotak Mahindra Capital, BofA (Bank of America) Securities, Morgan Stanley, and Citigroup.

Delhivery filed its Draft Red Herring Proposal (DRHP) with the market regulator Securities and Exchange Board of India (SEBI) in November last year. The startup then planned to raise INR 7,640 Cr via its IPO which included a fresh issue of shares worth INR 5,000 Cr and an OFS of INR 2,460 Cr.

SEBI approved the proposal in January this year. However, the startup decided to defer its IPO due to market volatility. “Our view was that there was no point in taking our investors through a bumpy ride in this quarter (considering market conditions) and having to answer questions which aren’t related to the business. So we decided to wait it out,” CEO Barua said.

Indian tech stocks have been witnessing a major slump ever since Russian President Vladimir Putin declared a war on Ukraine. The situation has further been compounded by a major correction in the US public markets and the prospects of interest rate hikes by the Fed.

Its freight servicing expenses stood at INR 867.9 Cr in Q1 FY22, while employee benefit expenses were around INR 206.45 Cr.