SoftBank is the largest shareholder with 22.78% stake 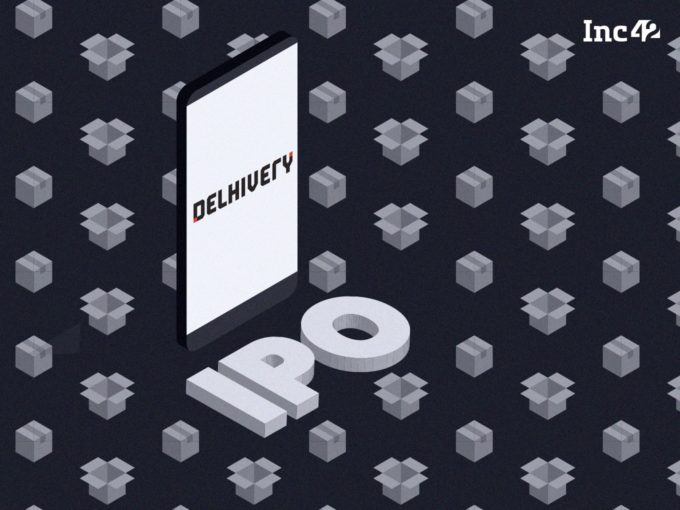 Gurugram-based Delhivery is planning to raise about INR 7,460 Cr through an initial public offering (IPO). The logistics unicorn’s existing investors, including the largest shareholder SoftBank would offload part of their shares in the offer for sale, which is expected to aggregate up to INR INR 2,460 Cr.

As shareholders and founders look to offload their shares from the company, here is a look at the shareholding pattern of the logistics major.

The average cost of acquisition of shares (including CCPS) for SVF Doorbell was INR 196.19 per share. In the proposed IPO, the fund plans to sell a stake worth up to INR INR 750 Cr.

Washington-headquartered Carlyle Group owns 7.42% stake in the company through CA Swift Investments. On the day of the submission of the DRHP (November 2), Carlyle held 46,131,800 shares which it acquired at an average cost of INR 139.88 per share. CA Swift Investments has offered to offload stocks worth up to INR 920 Cr.

Singapore-based Deli CMF Pte Ltd, is another selling shareholder and holds 6,879,000 equity shares or 1.11% stake in the company. Delhi CMF’s average cost of acquisition of shares was INR 142.91 apiece. It will offload stocks worth INR 400 Cr in the INR 2,460 Cr offer for sale.

Further, Times Internet, the digital arm of Times Group, holds 5.10% stake with 31,703,900 equity shares which it acquired at an average cost of INR 3.63 per share. It plans to offload stake worth INR 330 Cr. Vineet Jain-led Times Group also owns a 1.24% stake in the company through Bennett, Coleman and Company Limited. 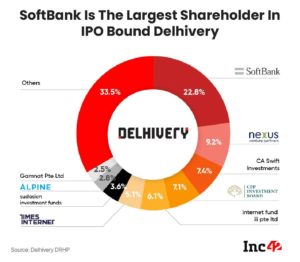 Other institutional investors and funds holding stake in the NCR based logistics company include:

Delhivery founders Sahil Barua, Mohit Tandon, Suraj Saharan and Kapil Bharti hold a mere 6.97% in total. Barua, the MD and CEO holds 13,622,400 shares (post conversion of CCPS), accounting for 2.19% of the stake. He, however, would not be offloading his stake through the OFS.

Mohit Tandon, who holds 1.88% stake and plans to sell stake worth up to INR 40 Cr, quit the company along with another cofounder Bhavesh Manglani earlier this year and their promoter status was reclassified.

The average cost of acquisition for both Saharan and Tandon was INR 0.10 per share.

The DRHP said that the INR 2,460 Cr proposed to be raised from the OFS would not be directed towards the company and only the INR 5,000 Cr raised from the fresh issue will be considered as net proceeds.