Allowing PharmEasy to acquire Thyrocare which has a wide presence in the diagnostics market would give the company an unfair advantage, said the SCDA

Besides calling epharmacies illegal, the SCDA also claimed that the only reason for the adoption of epharmacies is that they offer discounts 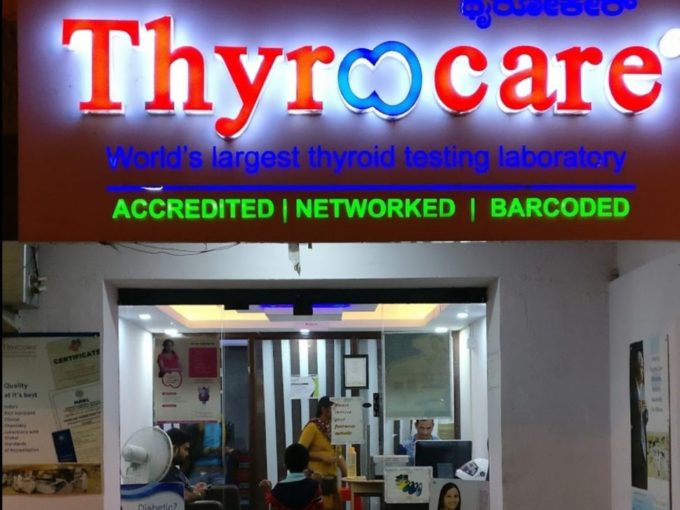 Healthtech unicorn PharmEasy’s proposed acquisition of Thyrocare, which is subject to regulatory approval, is likely to face a legal challenge at the Competition Commission of India (CCI) from a group of chemists and druggists. The representation is being given by South Chemists & Distributors Association (SCDA) which says PharmEasy’s proposed acquisition of Thyrocare Technologies needs to be rejected by the CCI.

In the representation, a copy of which was been accessed by Inc42, the SCDA claimed that epharmacies are not legal under Indian law and therefore the proposed acquisition needs to be rejected. It also claimed that allowing PharmEasy to acquire Thyrocare would result in dominance in the market by API Holdings. The SCDA is a registered association of distributors and retailers of drugs and prescription medicines in South Delhi.

The total deal would see 92% of Thyrocare being acquired by PharmEasy’s parent company API Holdings eventually through multiple transactions. The CCI has not yet taken up the matter.

The SCDA claimed that API has presence in retail sale of medicines, wholesale supply and distribution, pharmacy and pharma distribution management and more. Allowing it to acquire Thyrocare which has a wide presence in the diagnostics market would give PharmEasy an unfair advantage, the chemists and druggists body claimed. PharmEasy raised $350 Mn at a valuation of $1.5 Bn in April this year to become a unicorn.

Besides calling epharmacies illegal, the SCDA also claimed that the discounts being offered by PharmEasy and others are the only reason driving the adoption of epharmacies. Curiously, the group did not name any other platform except PharmEasy when raising this objection. It said that there has been grave concerns regarding the tendency of ecommerce platforms that are backed by venture capital funding to abuse market conditions and use anti-competitive practices. It also said that epharmacies like most ecommerce platforms do not make any profits.

Queries sent to PharmEasy were unanswered till the time of publishing. We will update the article with the company’s responses, as and when we receive them.

In recent times, Reliance and Tata have also made big money acquisitions in the epharmacy space and given that CCI approved the Reliance-Netmeds deal last year, it’s unlikely to rule that epharmacies are illegal. The Tata Group is awaiting the CCI approval on its 1MG acquisition.

Founded in 2015, PharmEasy parent company API Holdings (API) is looking to establish a significant presence across the entire out-patient healthcare value chain for consumers and pharmacy businesses through services such as teleconsultation, diagnostics, medicine delivery and pharmaceutical supply chain. The parent company operates brands such as PharmEasy, RetailIO, DocOn, with PharmEasy being the consumer-facing brand. Besides Thyrocare, PharmEasy also merged operations with Medlife which was officially cleared in May this year.

Thyrocare was started in 1996, by Dr A. Velumani, a former scientist at Mumbai’s Bhabha Atomic Research Centre (BARC). Its first laboratory was set up in Byculla, Mumbai, with an initial focus on thyroid testing. Today, it claims to be the country’s largest diagnostics provider by volume — with over 110 Mn tests performed annually. The diagnostics chain has a network of 3,330+ collection centres across more than 2,000 towns in India. It operates one central processing lab, two zonal processing labs and 13 regional processing labs across the country.

While the SCDA has claimed that epharmacies are illegal, it must be noted that PharmEasy’s retail sales are facilitated through a network of merchant partners. There is no law directly banning the sale of medicines online, but the law pertains to having a license to sell medicines. Like other online pharmacies, PharmEasy uses registered retailers for its medicine delivery business, which was specified as an essential service by the home ministry last year during the lockdown orders.

According to a FICCI report, the epharmacy market fulfilled gross volumes grew by over 2X during the Covid lockdown period in mid-2020. However, India is yet to get an official epharmacy policy or regulation, even while telemedicine and remote consultations have been stipulated on paper to some degree. It remains to be seen whether online medicine delivery will be clubbed with other ecommerce verticals in the upcoming ecommerce policy, which is expected to be notified in the parliament soon.