In A Move To Bring Focus On Core Business, Cure.fit Scales Down Eat.fit In 12 Cities

In A Move To Bring Focus On Core Business, Cure.fit Scales Down Eat.fit In 12 Cities

Eat.fit had presence in 15 cities before the lockdown 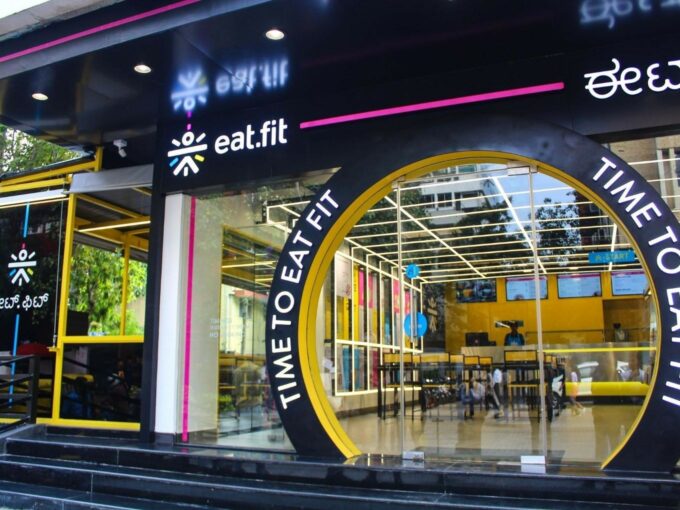 After laying off about 1600 employees, fitness brand Curefit has now cut down operations of its food delivery vertical Eat.fit. Talking to Inc42, cofounder Ankit Nagori said that Eat.fit has locked down kitchens in a dozen cities and is focused on Bengaluru, Hyderabad, and Coimbatore.

Even in these three cities, the kitchens are operating in limited areas. While Bengaluru and Hyderabad kitchens are covering about 80% of the city, Coimbatore operations have a comparatively thinner coverage.

“Two to three days after the lockdown, Eat.fit’s order volumes fell by 80%. Since then, it has been a very uphill fight. Supply chain disruptions were not the biggest reason for this fall, I think the overall sentiment around ordering in has gone down in the country,” said Nagori.

He added that even a Twitter survey today will show that 50% of people have not ordered in since the lockdown, and even the ones who are ordering in, are doing so at a much-reduced frequency.

Some of the Eat.fit kitchens that were opened in January or February, suffered heavily after the lockdown because the brand had not hit the critical mass in these areas. Nagori said that the scaling down of these new kitchens had started in April and later in June, the company realised that most of these Kitchens were operating at low utilisation which eventually led to the final shut down of operations in 12 cities.

In the operational cities, Eat.fit is currently being consumed by power users who know what to expect from Eat.fit and have been using the product for many months. The company is not investing in capturing new users right now.

Eat.fit revenue is currently at 20% of what it used to be before Covid-19 outbreak. Primarily, because of low utilisation of kitchens and shutting down of subsidies. The first month of the launch of digital sessions, Curefit claims to have generated millions of dollars in revenue and has been able to maintain that.

Eat.fit also has dietician services as one of its offerings, which was launched right after the lockdown as the company looked to introduce new digital offerings. Today, the platform has about 200 dieticians and around 10K users have tried the product. Dietician consultations are said to contribute about 8%-10% of the company’s total digital revenue.

“We are confident that the business will bounce back in a few quarters when the sentiment towards ordering-in improves across the country. Another thing that will work in the favour of cloud kitchen brands like Eat.fit is that a lot of small restaurants would have been shut down by the time Covid-19 is over. So overall the market share of cloud kitchens will go up, perhaps the ordering-in becomes a norm,” said Nagori.

Nagori believes that ordering from branded cloud kitchen will become a norm in the near future. That’s what the company is now preparing for and hopes to be a much better product, and supply chain in the next 12 months.

Pre-covid, about 60% of Eat.fit orders used to come through its own app, 10%-15% were from the Cult.fit centres/cafes and about 35% of orders were through third-party food aggregators.

Even though there are some Eat.fit offerings that are exclusive to the company’s own distribution channels like office subscriptions, Nagori feels that the food aggregators will continue to play a significant role in the future of Indian foodtech sector.

Curefit was founded by Myntra cofounder Mukesh Bansal and former Flipkart executive Ankit Nagori in 2016 to solve the problems in fitness, nutrition and mental wellbeing space with the help of technology. In March, Curefit raised $110 Mn Series D funding round led by Singapore-based investment firm Temasek.