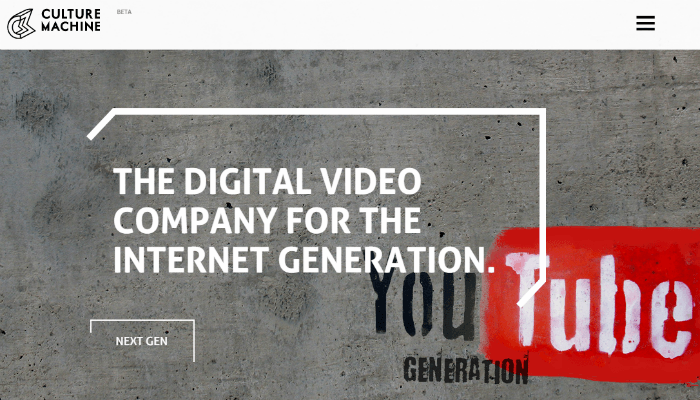 Digital video startup for the internet generation, Culture Machine has raised Series A round of funding from Zodius Capital. Though the amount has been left undisclosed, but as per reports, it has raised between $3.5-4 Mn in this round. The funds raised will be invested in its engineering efforts and international expansion.

Started with the vision to revolutionize digital video content in the world’s largest, youngest and mobile first market, Culture Machine helps creators create, promote & monetize their videos on YouTube & beyond to build media channels and scale on digital platforms.

It optimizes brands digital and analog presence to specifically grow their YouTube channels via collaboration with creators and their fans and help them build an audience.

“The probability of success on content is not where we can make a bet on. What we saw in Culture Machine team was not only content but also technology analytics,” said Gautam Patel, MD at Zodius Capital.

As per the company it currently gets 40 Mn views a month with 80 Mn minutes of content consumed. Its target demographic is 13-35 year-olds.

Culture Machine is a 15-month-old startup cofounded by former Disney executive Sameer Pitalwalla and YouTube executive Venkat Prasad. It is headquartered in Singapore with offices in Mumbai and California.

Few of its hits include ‘Every Delhi Girl in the World’, ‘India’s Facebook Timeline’ and ‘She called my Bhaiyya’, Baby Deol’ and ‘Sonam Kapoor’s Selfie Song’, among others.