Cryptocurrency This Week: Zebpay Expands Its Presence In Malta, Failing ICOs, And More

Cryptocurrency This Week: Zebpay Expands Its Presence In Malta, Failing ICOs, And More 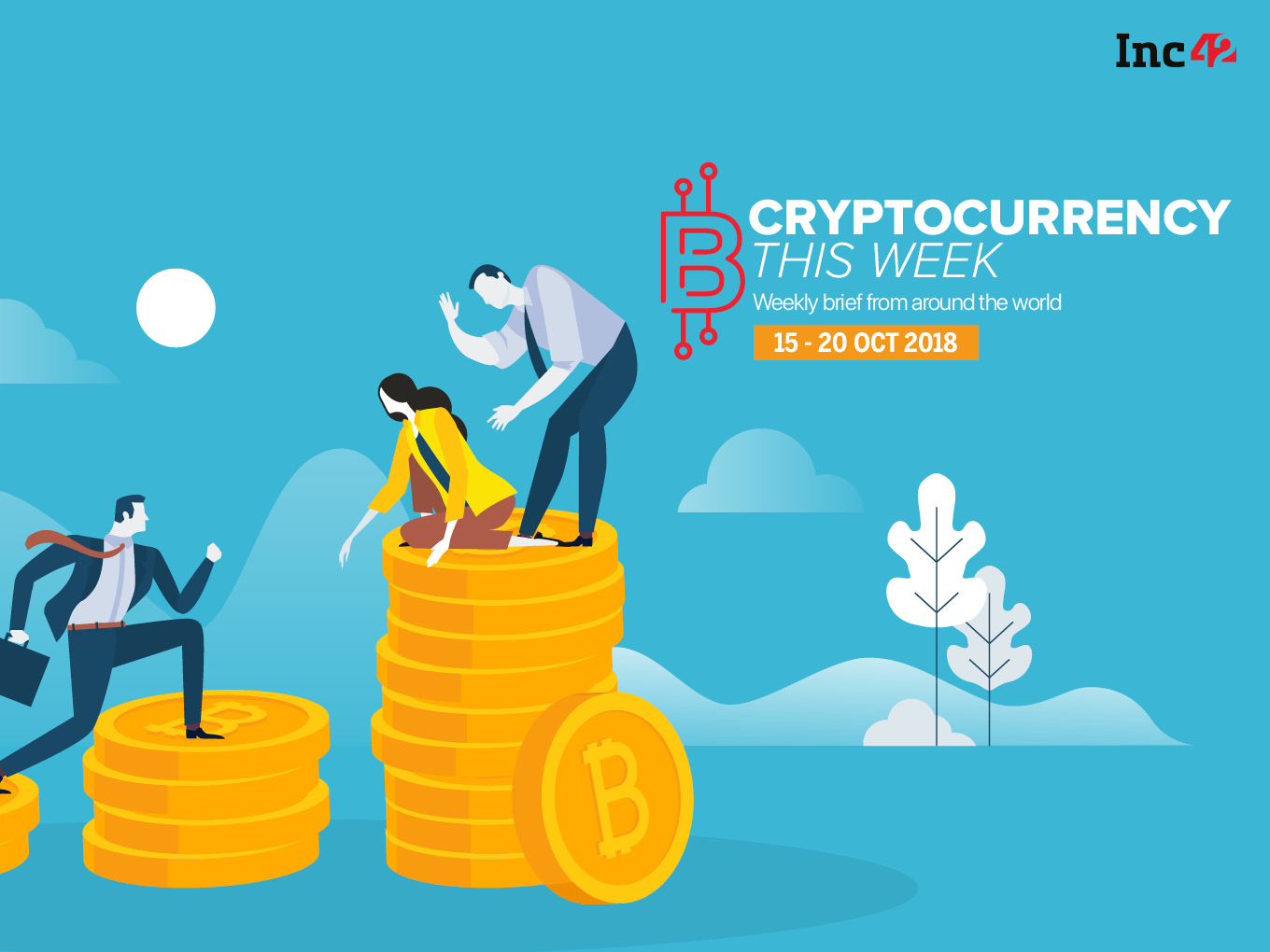 Genesis matters. One of the intentions behind the invention of Bitcoin was to challenge and bypass the authorities which failed to protect the people’s money during the great recession in 2008. Since then, Bitcoin or cryptocurrency at large, despite being a landmark technology in the history of payments/transactions and smart contracts, has also been actively used for scams and extortion cases.

Bitcoin’s capability to bypass the central banks while making transactions have been greatly misused at all levels — individuals, organisations and countries. Earlier this year, Russia was found involved in the 58th US presidential election, making transactions in Bitcoin.

“These revelations are just the tip of the iceberg,” commented a former dark web (used for illegal transactions) net user while speaking to Inc42. The user said, one of the biggest reasons that the authorities across the countries have been reluctant towards making Bitcoin/cryptocurrencies legal is that the very countries’ intelligence agencies have used cryptocurrencies primarily Bitcoin for all their off the record transactions, against other countries. In the beginning, the US agencies NSA and CIA led these transactions.

Speaking of Snowden documents which showed that the NSA (US) tracked down a number of Bitcoin users across the world, back in early 2013, the user, on the condition of anonymity, told, “In 2012, there were some messages in the Bitcoin blockchain which indicated that the US agencies were quite active (as individuals, buyers, sellers).”

It’s worth noting that Satoshi Nakamoto, the Bitcoin inventor had left some space of around 80 characters in the Bitcoin blocks (Log storage) where a user while making payments could simply leave some comments as well. Nakamoto who himself created the very first block of Bitcoin blockchain left the message “The Times 03/Jan/2009 Chancellor on brink of the second bailout for banks.”

“Initially, it was fun. However, the space soon started being used for pornography, child pornography, terror activities as well as for the intelligence agencies’ coded communication purposes,” said the user.

It is not just the dark web effects, but cryptocurrencies could change the international power equation too. For instance, the Bitcoin equation, with Chinese mining pools controlling more than 70% of the bitcoin network’s collective hash rate, is completely tilted towards China.

There was a reason, China restricted Bitcoin payments but allowed mining.

Due to its association with the dark web, it does not matter how full proof and great Bitcoin technology is, it will continue to cater to black and grey market demands as well. An issue, that could be dealt with better cryptocurrency formulation.

Recently, CipherTrace, a US cybersecurity firm stated that there is a total of 350% increase in the cryptocurrency theft rate when compared to the year 2017. Just now, reports have emerged that a notorious North Korean hacker group has stolen Bitcoins of worth $571 Mn.

Despite all the flaws that Bitcoin may have, an overwhelming majority of investors, developers, technologists and entrepreneurs do agree upon the immense capability of the underlying technology, blockchain.

Let’s take a look at this week’s development.

Zebpay Expands Its Presence In Malta

After saying goodbye to India, Singapore-headquartered cryptocurrency exchange Zebpay has now registered its presence in Malta as well, reported Quartz. The company is currently operational in 20 countries.

After India and China, having restricted their market for cryptocurrencies, Malta has recently gone on to become Blockchain Island, however, the country still lacks blockchain professionals as the reports have now emerged that less than 40% of professionals could actually crack the government’s cryptocurrency certification exam.

Meanwhile, another US-based cryptocurrency exchange Coinbase, which has its presence in  32 countries has also announced a new office in Ireland as Brexit worries go real.

In the post-RBI circular era, while India has already seen a surge in P2P crypto trading, Argentina, Venezuela and Egypt have also registered a huge spike in the P2P cryptocurrency trading for different reasons, reported Unhashed.

According to the report, Peer-to-peer (P2P) trading platform LocalBitcoins hit record-breaking Bitcoin trading volumes in Argentina, Venezuela and Egypt during the month of October, while in places like Croatia and Switzerland, trading volumes have hit yearly lows.

86% of ICO Tokens Now Worth Less Than ICO Listing Price

One of the leading global professional services firms, London-headquartered Ernst & Young (EY) has released a report on the ICOs performance over the last year and according to the report, the Class of 2017 which saw a total of 372 projects did little to inspire confidence. 86% of the ICO tokens are now below their listing price, while 30% have lost substantially all the value.

As per the report, an investor purchasing a portfolio of The Class of 2017 ICOs on 1 January 2018 would most likely have lost 66% of their investment. And, of the ICO startups that the firm looked at from ‘The Class of 2017’, only 29% (25) have working products or prototypes, up by just 13% from the end of last year. Of those 25, seven companies accept payment in both traditional fiat currency (dollars) as well as ICO tokens, a decision that reduces the value of the tokens to the holders.

Speaking at the FINOPOLIS innovative financial technology forum, Elvira Nabiullina, the head of the Central Bank of the Russian Federation recently stated that excitement toward cryptocurrency has begun to cool. According to reports, Nabiullina also averred that the failure of a majority of blockchain projects and their ICOs has made investors more practical and sober than ever.

“We are holding the FINOPOLIS forum for the fourth time. Earlier, this event used to witness a cryptocurrency fever everywhere. But now, it is visibly beginning to disappear,” said Nabiullina.