Cryptocurrency This Week: SC To Hear Crypto Case On Nov 19, Libra Elects Board Of Directors And More

Cryptocurrency This Week: SC To Hear Crypto Case On Nov 19, Libra Elects Board Of Directors And More 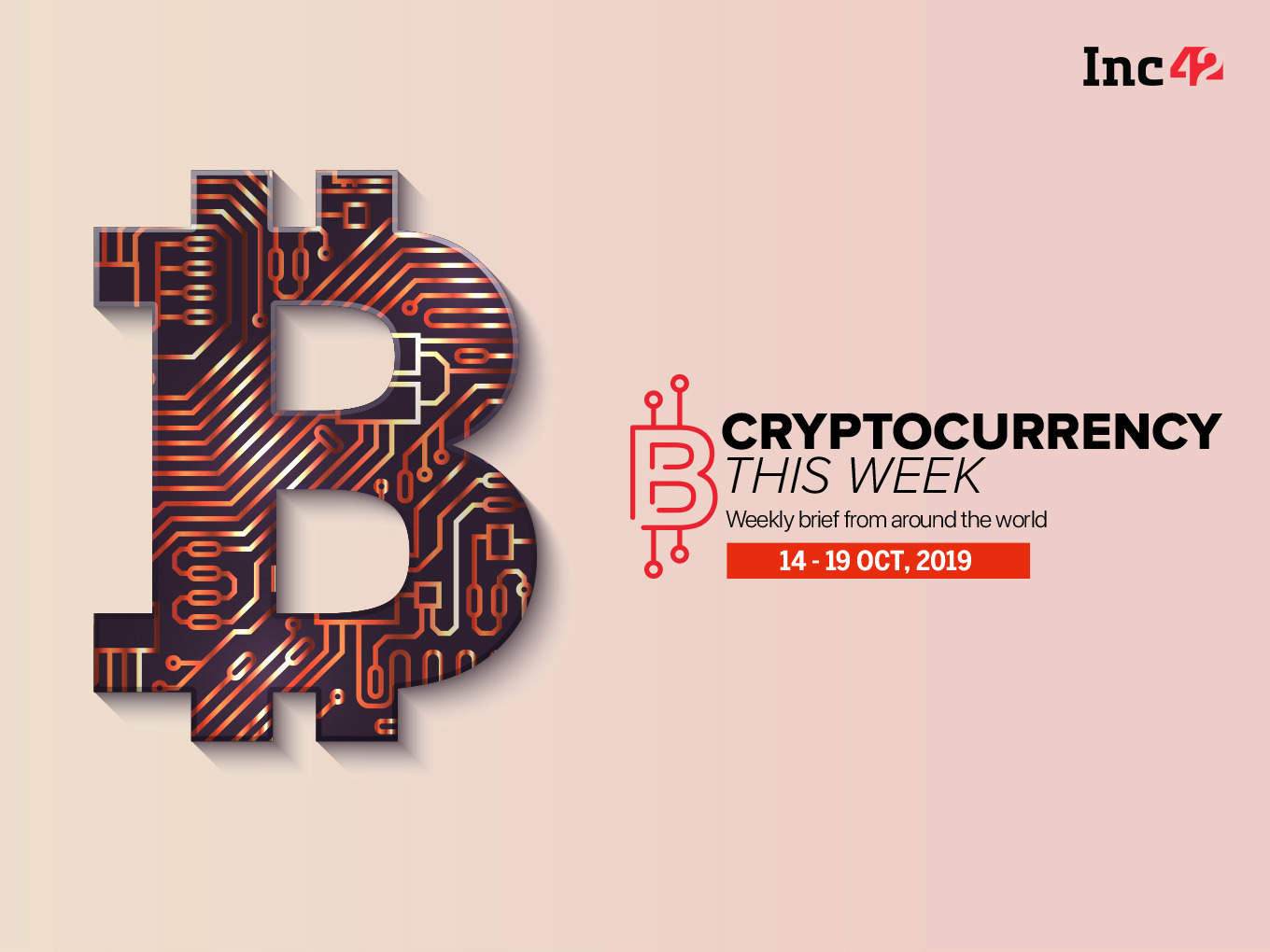 Oxford adds the word 'Satoshi' to its dictionary

18 millionth Bitcoin mined on this Friday

While Twitter was abuzz with hashtag #3MillionLeft, cryptocurrency enthusiasts had one more reason to celebrate. The Oxford English Dictionary has now officially added Satoshi to its dictionary. As used by Bitcoin traders, the Oxford dictionary has defined ‘Satoshi’ as “The smallest monetary unit in the Bitcoin digital payment system, equal to one hundred millionth of a Bitcoin.”

Satoshi Nakamoto (pseudonym) stands for a person or a group of people who invented Bitcoin in early 2009. The next three million Bitcoins will be mined during the course of the next 21 years, thanks to the halving process.

Let’s take a look at other crypto news of the week!

RBI Vs Crypto: Supreme Court To Hear The Case On Nov 19

After failing to hear the IAMAI vs RBI case on October 15, 2019, the Supreme Court (SC) confirmed  November 19, 2019, as the new date for hearing the cryptocurrency case.

List on November19, 2019 as first item, subject to overnight part-heard, if any. Pleadings be completed in the meantime.

It is to be noted here that after RBI, on April 6, 2018, barred banks to withdraw all support services being extended to crypto entities, numerous crypto organisations, enthusiasts and Internet and Mobile Association of India (IAMAI) reached to the courts against the notice. The SC had later clubbed all the cases.

In the GainBitcoin fraud case, Pune Police have now sought Session’s Court directive in order to be able to transfer Bitcoin equivalent INR to any State Bank of India’s treasury branch in Pune.

Besides Amit Bhardwaj, Pune Police had also seized 244.0925 Bitcoin from another accused Akash Kantilal Sancheti. The police had then hired Koinex exchange for the money conversion which then amounted to INR 8.42 Cr.

However, unable to transfer the money from Koinex’s account to SBI because of RBI’s order, the Pune Police sought for the Court’s directive.

Sancheti was successfully granted bail by the Supreme Court last month on furnishing a personal bond of INR 1 lakh and one surety of the like amount. The Court had also directed that a sum of INR 13 lakhs be deposited by Sancheti in the Registry of the Court within a period of six months.

Libra Association Elects Its Board Of Directors

As payments giants Paypal, Mastercard, Visa and Stripe formally withdrew their support from Libra Association, earlier this month, the association has now formally announced the names of its elected Board of directors and has appointed an executive team. The existing 21 organisations have also signed an association charter to become the Libra Council members. In a meeting on October 15, the elected board of directors was announced and they are Matthew Davie (Kiva Microfunds); Patrick Ellis (PayU); Katie Haun (Andreessen Horowitz); David Marcus (Calibra, Inc.); and Wences Casares (Xapo Holdings Limited).

Since its launch in June, the Libra Association claims to have received interests from over 1,500 in joining the Libra project effort, and it further added that approximately 180 entities have met the preliminary membership criteria shared at libra.org.

Paypal while leaving the association said, “We remain supportive of Libra’s aspirations and look forward to continued dialogue on ways to work together in the future.” Mastercard, on the other hand, stated, “We strongly believe that for digital currencies to become trusted payment instruments for consumers or businesses, it is essential that they offer stability, regulatory compliance and consumer protections. Many of today’s 2,600 digital currencies today fail to do this.”

In other news, a Russian man who had earlier sued Apple for allegedly turning him gay has withdrawn his complaint citing privacy issues. In a bizarre suit filed by petitioner Razumilov, it is stated that he had downloaded a cryptocurrency app from Apple’s App Store. However, instead of Bitcoin, which he had ordered, he received a transfer of 69 of the GayCoin with a note saying, “Don’t judge until you try.

“I thought, in truth, how can I judge something without trying? I decided to try same-sex relationships,” wrote the petitioner in the complaint.

The man was seeking 1 million rubles (A$23,000) in damages from Apple for sending GayCoin, instead of Bitcoin, reported AFP.