India is working on cryptocurrency bill in consultation with law ministry, MeitY and RBI 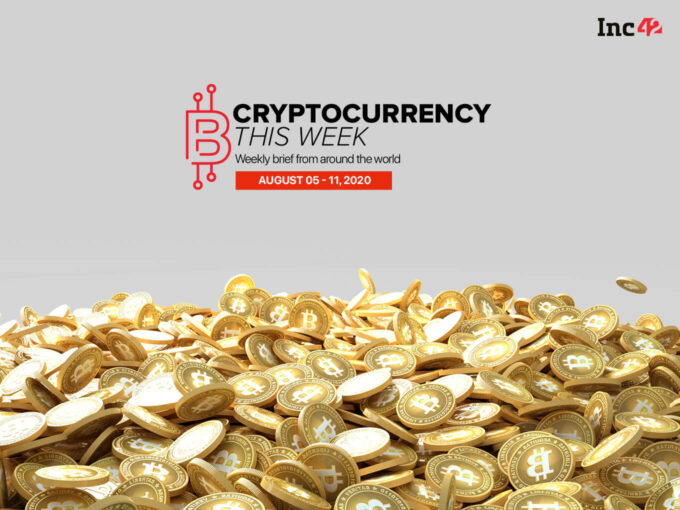 With an ongoing over the fate of cryptocurrency in India, scammers too are on the rise. Recently, an Indian investor lost INR 28 Cr ($3.7 Mn) in a Bitcoin wallet scam while another investor lost over $50K after dealing with a fake wallet, as reported by IBTimes.

At the on-set of the Bitcoin surge, it is said that these cryptocurrency scammers targeted people by messaging them on social media groups where they invited them to buy or sell Bitcoin through fake apps. What’s interesting here is, these apps typically would have better prices or trade opportunities that are not found on other platforms. Once an individual buys the Bitcoin on these fake wallets, the scammers disappear and would stop communicating with the unsuspecting victims.

CoinDCX’s founder Sumit Gupta said that these scams will continue to increase given the popularity of cryptocurrencies in the country. He added that some of these scammers are using advanced techniques to attract wealthy investors into parting away with their coins. Therefore, it becomes important for individuals to have knowledge of at least basic online security principles to take care of their cryptocurrencies, he added, and advised investors to do thorough due diligence, and urged them to keep their devices updated and use security solutions on their mobile phones.

And #Bitcoin has breached 12k. Great way to start the week! 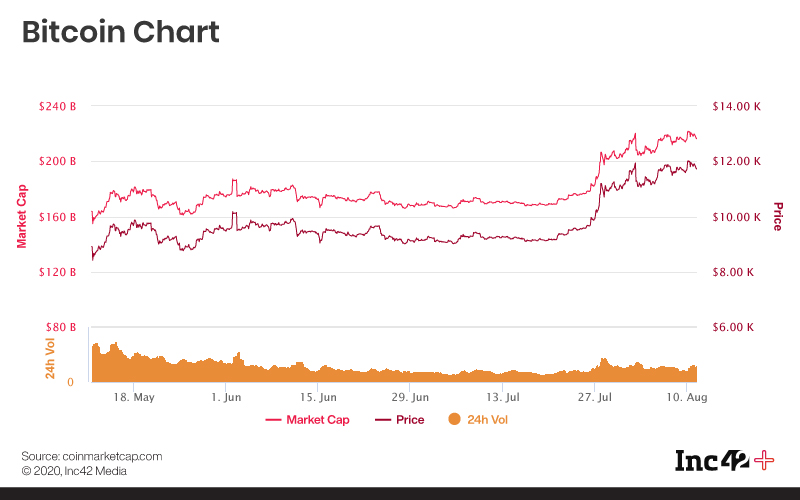 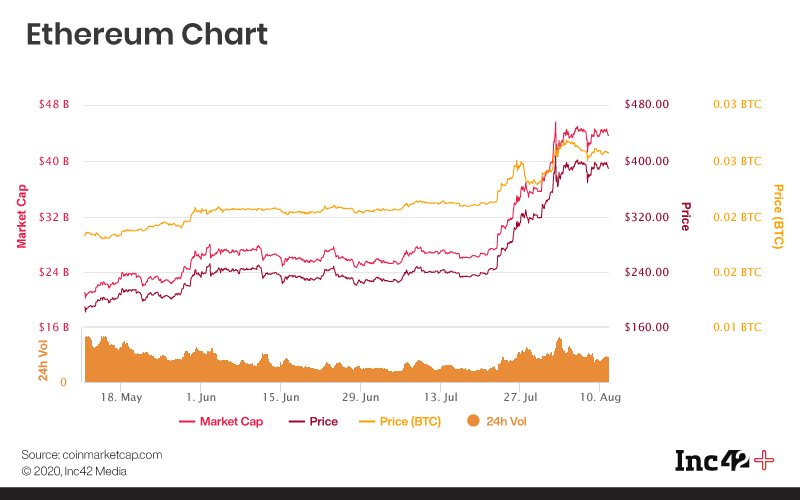 India’s cryptocurrency exchange platform CoinDCX recently launched a simple staking service for its users. With this, CoinDCX will be launching three tokens, namely Tron (TRX), Harmony (ONE), and Qtum (QTUM). The company said that the new staking service will not carry any fees or hidden charges for processing the transactions. Its platform is built to promote retail staking with low minimum balances required to stake. For those unaware, staking is the act of locking cryptocurrencies to receive rewards.

For instance, for five TRX tokens, the minimum balance should be around $0.1, for hundred ONE tokens it should be $1, and for one QTUM ($3) is required with an annual return of 8-10%, 6-10% and 5-10%, respectively.  CoinDCX’s Gupta said that the exchange would pool the staking deposits from customers in a bid to increase their staking rewards while simplifying the staking process. In addition to this, the company said that CoinDCX will measure the optimal reward system by offering staking rewards through their partner exchange, Binance, or directly on the blockchain.

As part of WazirX Education Partners Programme, Binance-backed WazirX recently collaborated with its first education partner Zubi, an edtech startup that upskills engineers, professionals on emerging technologies, as per their career goals. With this, the duo aims to educate freshers and college students the nuances of emerging technology such as blockchain, DLT, AI and machine learning, among others and helps them become industry or job-ready. Zubi claims to offer personalised education along with one-on-one mentorship programmes to students, where it designs courses/programmes as per individual’s goals or needs.

On August 5, Malta-based cryptocurrency exchange platform OKEx announced the launch of a peer-to-peer (P2P) trading platform in India, where it is allowing users to buy cryptocurrencies with INR and digital payment methods, including UPI, IMPS, NEFT and others, without any transaction fees. In addition to this, the company claimed to offer the lowest price, deepest market, and fastest KYC process.