US to perform forensic analysis of Monero and Zcash 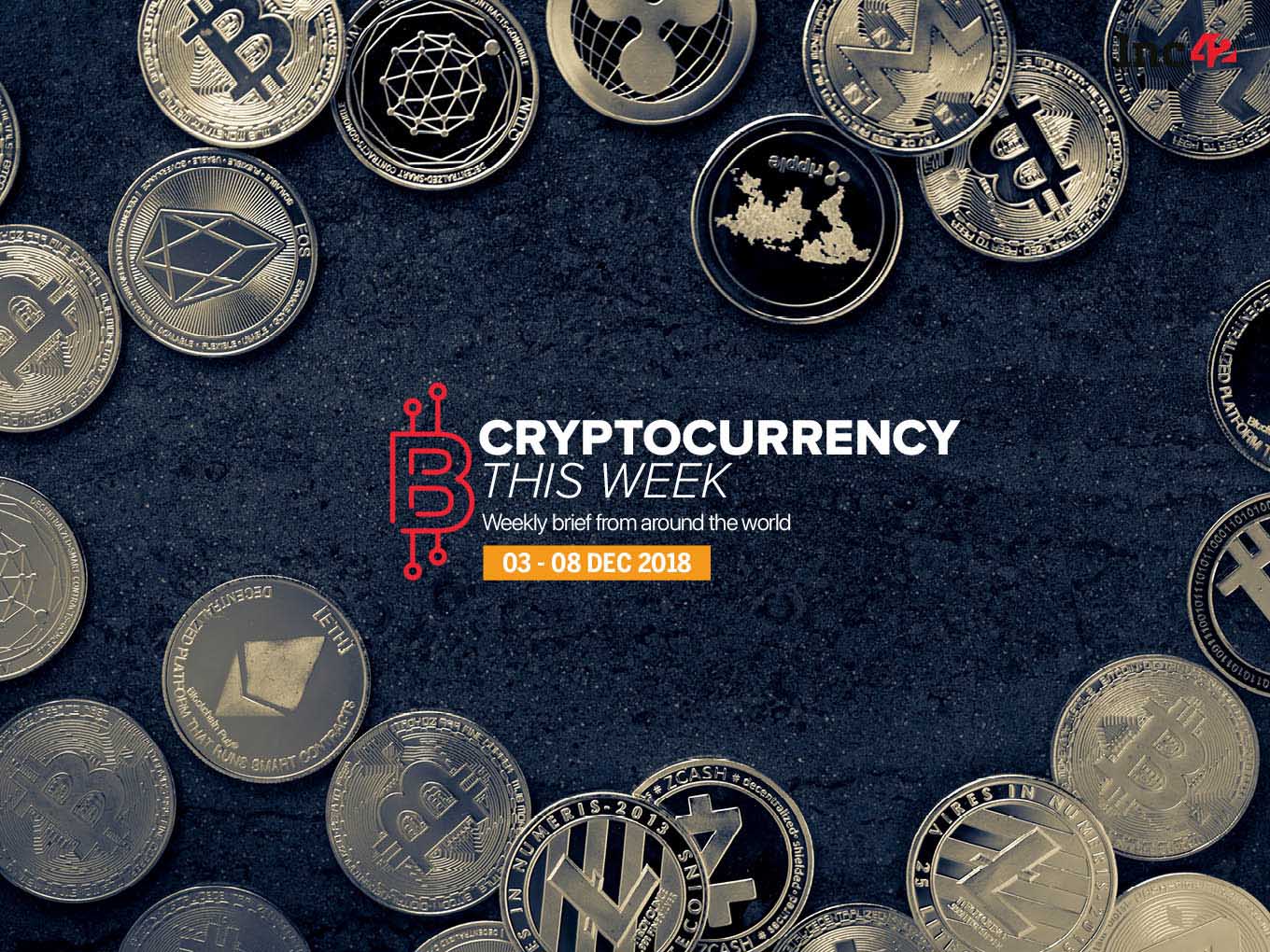 During the recent Bitcoin Cash hard-fork, winning ABC camp’s Roger Ver tweeted, “No one wins a war. Some just lose less than others.” Roger had campaigned in support of Bitcoin Cash, while the hard-forked coin Bitcoin SV lost the war.

Ver was right, the hard-forked, Bitcoin SV is currently trading at $103, around a dollar higher than Bitcoin Cash.

The cryptocurrency market which once used to be around $1 Tn has now come down to around $100 Bn, facing extinction.

The downward spiral of Bitcoin prices has not dampened the spirits in the cryptocurrency world. Nasdaq ventures and fintech giant Fidelity Investments have reportedly invested in a cryptocurrency exchange which recently raised $27.5 Mn.

Intel has patented a  processing system using an energy-efficient hardware, which if implemented, will help reduce the electricity cost of Bitcoin mining significantly.

G20 — the group of the world’s 20 biggest economies — agreed to introduce regulations on crypto assets (cryptocurrencies) to counter money laundering and financial terrorism.

The decision was reached at the G20 leaders’ summit held on December 1, 2018, in Argentina. The regulations shall be in line with the Financial Action Task Force (FATF) recommendations.

In its joint press statement, it said: “We will regulate crypto assets for anti-money laundering and countering the financing of terrorism in line with FATF standards.”

The G20 countries which include leading economies — India, China, US, UK, and EU — agreed that international standards on crypto assets are crucial to support sustainable growth. And, that the member countries will remain committed to the full, timely and consistent implementation and finalisation of the agreed financial reform agenda, and the evolution of its effects.

US To Perform Forensic Analysis Of Monero And Zcash

The US Homeland Security’s Small Business Innovation Research Program (SBIR) has now published a pre-solicitation document which states that the US government is looking for ways to utilize blockchain forensic analytics for privacy-centric cryptocurrencies such as Zcash and Monero, reported a crypto website ‘The Block’.

According to the proposal, while the privacy features are desirable, there is similarly a compelling interest in tracing and understanding transactions and actions on the blockchain of an illegal nature.

The SBIR program intends to design a blockchain analysis ecosystem to forensically analyze transactions on Zcash and Monero for homeland security and law enforcement applications.

Not very long ago, Inc42 had earlier reported, how US agencies, especially the National Security Agency (NSA), have been deeply involved in Bitcoin transactions. In fact, a chunk of the technology used in Bitcoin invention was borrowed from NSA’s own codes.

With Bitcoin values falling more than it takes to mine them, the entire ASIC mining (an application specific integrated circuit, used for Bitcoin mining) has hit a roadblock. Chinese cryptocurrency miners are now either dumping their ASIC or selling it at throwaway prices, according to reports.

A recent video circulating on social media has shown crypto miners selling their ASIC as ewaste.

What Is Petro Upto?

Cryptocurrency’s value determination has been different from fiat currencies in terms of demand and supply equation. In case of most of the cryptocurrencies, supply is limited, while demand varies.

However, with Venezuela’s fiat cryptocurrency, the Petro, it is completely at the discretion of the country president Nicolas Maduro.

Venezuela’s President Nicolas Maduro has now announced that the price of the Petro, has been increased from 3,600 Bolivars to 9,000. This announcement comes at a time when there is hardly any international exchange or wallet which offers Petro on their platform.

In other news, the fact that Bitcoin and the entire cryptocurrency market is currently in at their lowest in two years has not deterred hackers from carrying out cryptojacking attacks.

According to a market report, globally, 415K routers are still compromised and have crypto mining malware installed in it.