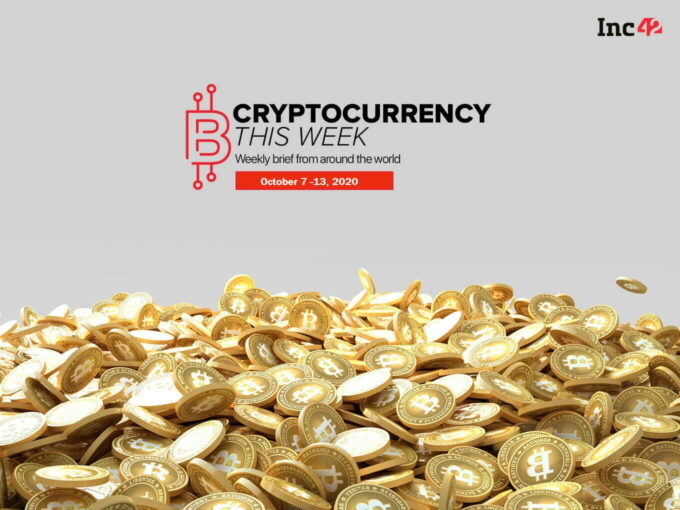 Last week, American venture capital investor Tim Draper announced that he has invested an undisclosed amount in a Bengaluru-based crypto exchange startup Unocoin, in a Series A funding. The round also witnessed participation from XBTO Ventures and 2020 Ventures among other investors in the cryptocurrency ecosystem.

Unocoin said that it will be using the fund to scale its business and enable it to further expand its team and enhance its product. Backed by FundersClub, Blume Ventures, Digital Currency Group, Mumbai Angels and ah! Ventures among others, the company has raised up to $3.6 Mn in funding.

Founded in 2013, Unocoin was founded by Sunny Ray, Abhinand Kaseti, Harish BV and Sathvik Viswanath. The exchange claims to have about 1.3 Mn users, of which 350K accounts are KYC verified.

Sharing the business strategy with Inc42, Unocoin CEO and cofounder Viswanath said that there are some interesting features in the pipeline, including lending and interest-earning features to its users.

Elaborating on the same, he said:

“Our customers can use their Bitcoin as collateral and get money to their bank account. Here, they will be paying some percentage of interest to us, and eventually can pay their principal amount to get the collateral Bitcoin release. This is on the lending side of things.”

Similarly, on the interesting-earning feature, Viswanath said that their customers can also do the fixed deposit of USDT (stable coin), and earn some interest on top of that.

These are some of the two new features that Unocoin is looking to release in the coming months, which are both similar to how banks operate, where customer can keep the fixed deposit on one side and give loans on the other and percentage of the difference between the two goes to the banks as part of the revenue for their operations, he explained.

With a lot of commotion already happening around cryptocurrency in relation to the lost Bitcoins, crypto ban and at the same time, announcements of crypto platforms releasing new tokens, Viswanath said that until the regulations come out these things will continue to make noise in the ecosystem. “We are staying away from these things as much as possible,” he added.

However, sharing the opportunities in the space, Vishwanath said that many companies have been working on creating de-centralised financing which is really fascinating. Also, when it comes to the non-fungible token, there isn’t any company in India which is working towards developing this technology.

Non-fungible tokens are a form of tokens which could hold value in the physical world. For those unaware, fungibility is one of the features of the currency, but not a feature of a commodity.

For instance, when a consumer buys a limited edition Rolex watch, using this technology, a token can be generated on the blockchain which represents the ownership of the object and its value. Now, when this limited edition Rolex watch is sold in the market in the near future, it not only represents the authenticity of the product, but also the ownership gets transferred to the new customers, and so does the value.

Amid the noise around cryptocurrency ban, India’s crypto community have come together to propose an alternative. Headed by crypto exchange BuyUCoin, the sandbox proposes a regulatory framework to bring crypto assets under existing regulations while also setting up a supervised space for startups to develop products in the sector. Accordingly, the community has suggested developing an open-source interface to track crypto transactions and trace anti-money laundering and know-your-customer (KYC) compliance.

Cashaa To Expand Into India

UK-based crypto banking platform Cashaa to launch its own crypto pro internet bank in India soon. According to CryptoDaily, the founder Kuman Gaurav said that this expansion will allow companies in India as well as other individual entities to open a savings account which will provide access to save and store cryptocurrencies. “For lending, we will be adding crypto assets class together with gold and real estate as collateral,” he added.

Further, the founder claimed that Cashaa will be the first registered bank to allow for deposits and withdrawals of cryptocurrencies. It also said that it was able to get the approval from lawmakers within the country to operate as a crypto-friendly internet banking platform.