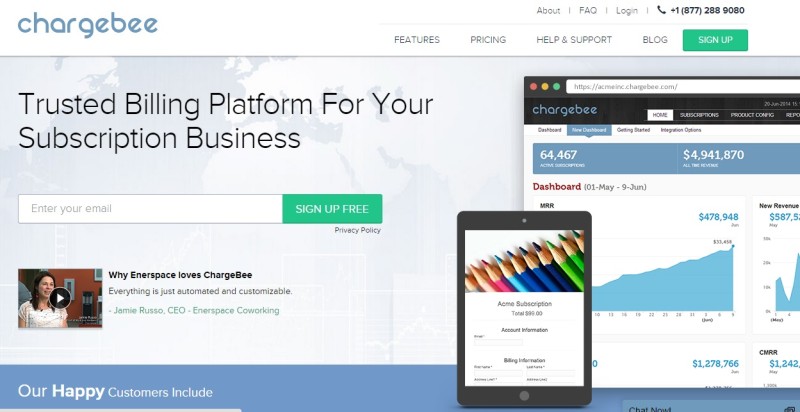 Chennai-based subscription billing startup, ChargeBee has raised $5 Mn in Series B round of funding led by New York-headquartered investment fund, Tiger Global. The existing investor, Accel partners has also participated in this round of funding – which put together ChargeBee’s $800K Series A round last year.

The company will use the funds to set up satellite offices in the US, UK and Australia, although its base in Chennai — where it has 37 staff — will remain its primary location. It is also planning to “double down” on its engineering team to develop additional value-add services for customers, such as advanced analytics.

Speaking on this development, Krish Subramanian, CEO and co-founder, ChargeBee said, “Billing is an amazing opportunity for conversation with customers but also a point of friction if not done well. In a subscription based business model it becomes crucial to deliver amazing customer experience in billing as much as your product and we focus on delivering this on top of global payment gateways like Stripe & Braintree.”

According to the company statement, it plans to scale by focusing on high-growth startups, rather than larger organizations, for a number of reasons — including shorter product adoption cycles, and the fact that growing companies represent growing revenue for third-party service providers like ChargeBee.

ChargeBee was founded by Rajaraman S, Thiyagarajan T, KP Saravanan and Krish Subramanian in 2011. It focuses on helping startups, and particularly those in the Saas space, get more from their billing subscriptions. The company counts Freshdesk, Kissflow, Soylent and VinylMePlease among its customer base, which includes companies in the U.S., Europe and Asia Pacific.

The company claims to process $100 Mn in annual transactions for its customers. Zuora, Recurly and Chargify are other major players in the same space.