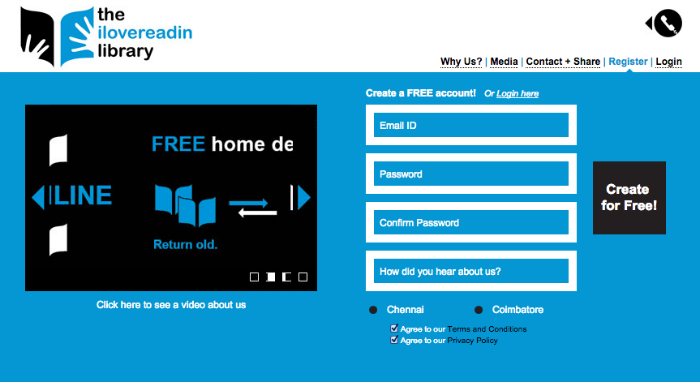 Chennai-based AnyCommerce which runs online food ordering platform gograb has acquired iLoveRead.in, a startup that allows one to borrow books online and offers home-delivery and pickup of books.

The financial terms of the deal has been left undisclosed for now.

Launched 5 years back by Amrutash Misra and Sahil Gore and incubated at IIT Madras, iLoveRead has a good customer base in Chennai, especially in the suburbs like Sholinganallur, Tambaram, and Mogappair.

iLoveRead.in’s is the second acquisition by AnyCommerce founded by Senthil Nayagam, who previously cofounded RailsFactory. Previously, it had acquired Food Delivery Network GoGrab.in in September this year. Gograb was founded by Ganesh Raj Mohan & Siva Prakash

“We are in the process of consolidating B2B and B2C ecommerce startups and would want to start operations in 10 cities in the next 18 months. Our Bengaluru operations should be up by January 2015,” said Senthil.