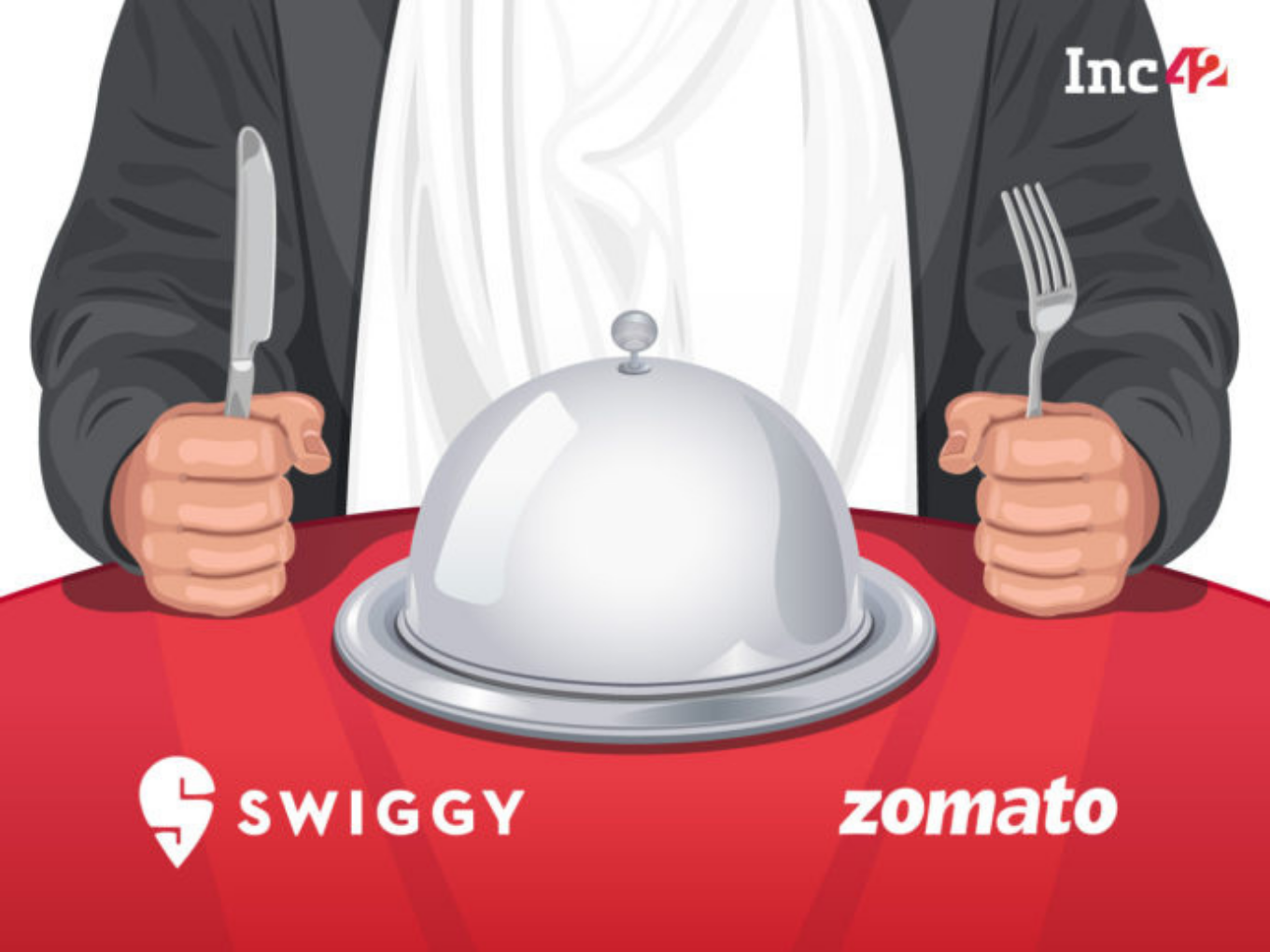 CCI said, “There exists a prima facie case with respect to some of the conduct of Zomato and Swiggy, which requires an investigation..to determine whether the conduct of platforms have resulted in contravention of the provisions.”

The platforms are in dock for a slew of issues which include allegations of delayed payment cycle, imposition of one-sided clauses and exorbitant commissions

Antitrust watchdog, Competition Commission of India (CCI), has ordered a probe into the conduct of foodtech platforms – Zomato and Swiggy.

CCI has also directed its Director General (DG) to complete its investigation in the matter in next 60 days.

Cracking the whip on online delivery platforms, CCI said, “The Commission is of the view that there exists a prima facie case with respect to some of the conduct of Zomato and Swiggy, which requires an investigation by the DG, to determine whether the conduct of platforms have resulted in contravention of the provisions.”

The platforms are in dock for a slew of issues which include allegations of delayed payment cycle, imposition of one-sided clauses and exorbitant commissions.

This comes barely a year after the restaurant body, National Restaurant Association of India (NRAI) approached the CCI in July last year seeking a probe into the two giants.

In its previous submission, the advocacy body had accused both Zomato and Swiggy of hurting small and medium restaurateurs, adding that the onerous terms applied on them had forced many to shut shop.

Forced To Comply In A Duopoly?

The two sides have been at loggerheads over a host of reasons.In its previous complaint before CCI, NRAI alleged that both Zomato and Swiggy indulged in deep discounting which had hurt the interests of local restaurants. The trade body claims that these pricing practices are a violation of platform neutrality. Interestingly, both Zomato and Swiggy together reportedly control almost 95% of the food delivery market.

There is also the issue of delayed payment to its partners by both Zomato and Swiggy. This, NRAI alleges, has affected the cash flow of its members.

The biggest bone of contention appears to be the ‘exorbitant’ commission charged by the two players. In its complaint, NRAI had claimed that both players took away almost 25-35% of each order value as commissions (2020-21).

With such a huge overhead that involves everything from preparation to packaging, many restaurants have been left scrambling to make ends meet. This is despite the boom in numbers that these foodtech platforms have seen post the eruption of pandemic back in 2020.

Additionally, NRAI had also alleged in its complaint that both Zomato and Swiggy had previously funded the discounts from their own pockets, adding that the two aggregators were now forcing the restaurants themselves to bear the discount expenses to maintain adequate listing on these platforms. After paying hefty commissions, a lack of visibility on the apps can seriously affect a restaurant’s business. But amidst a near total duopoly, the owners have been left with no choice but to comply.

A History Of Predatory Behaviour?

This is not the first instance that the two players have landed in hot waters over their high-handed behaviour.

In late 2019, NRAI and Federation of Hotel and Restaurant Association of India (FHRAI) had launched a massive ‘logout’ campaign against Zomato Gold subscription programme. The initiative had encouraged restaurant brands to band together and log out of Zomato’s discovery platform.

As if this was not enough, restaurants have previously also alleged that both Swiggy and Zomato do not share critical customer information with restaurants, but rather, mine the data to promote their own cloud kitchens.

To counter the two giants, NRAI had, last year, announced the ‘Order Direct’ campaign which encouraged users to order directly from the restaurant’s own direct order page rather than the two foodtech platforms.

According to media reports, both companies control a market share of 45% each. According to Statista, the Indian online food delivery market was pegged at around $2.9 Bn, which was expected to rise to $13 Bn by 2025.