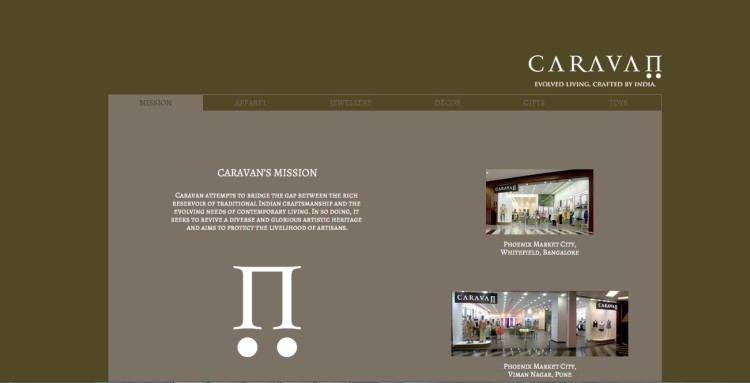 The company is planning to utilise the funds raised for expanding its operations in India and Europe as well as online operations.

Caravan Craft, founded by Kunal R. Sachdev, deals in traditional handicrafts both online and offline. It connects the gap between the artistic traditions of the country to customers who need products for everyday, contemporary living. It offers products like apparel, home products, toys, jewellery and corporate gifting.

“We are seeing an increased appeal for sophisticated and hand-crafted apparel and other items, both in the domestic and international markets today. We are also seeing increased orders through our ecommerce portal, and we are in the process of revamping it to take our products to international customers via online platforms as well,” said Kunal R Sachdev, founder of Caravan Retail.

Launched back in 2013 now it has a retail store in Bangalore and Pune. It also has duty-free outlets at the Bangalore and Mumbai international airports.

The company will further be partnering with departmental stores in Switzerland, France and other European countries. It is also launching  online presence across multiple online channels and ecommerce sites.

The company is at present working with 5,000 craftsmen and artisans, and plans to train around 12,000 artisans by the year-end. It is also looking at franchise outlets in tourist-heavy locations such as Goa, Jaipur and Cochin.

Earlier, the startup had raised INR 1 Cr. from USF.