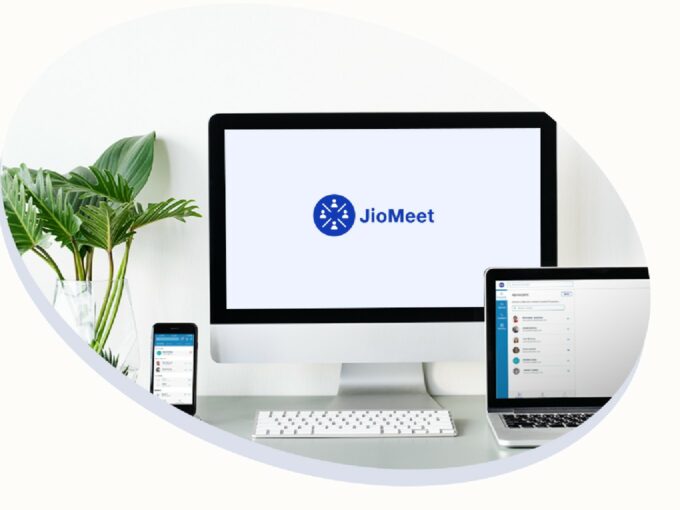 In a blog post, the company said that JioMeet is an easy solution for hosting meetings for all groups sizes. The users can create groups for larger team calls, and JioMeet claims to offer B2B services and features like modifying conference groups, taking control as host, texting on the group etc.

Jio claimed a subscriber base of 387.5 Mn as of March 31, 2020, with a net addition of 17.5 Mn during Q4 FY20. It said that the churn rate was at 0.57% for Q4 FY20. The company said that its customer engagement continues to be robust with average data consumption per user per month of 11.3 GB and average voice consumption of 771 minutes per user per month.

Reliance Jio further said the strong double-digit YoY Revenue and EBITDA growth is driven by continued subscriber additions and partial impact of tariff hike undertaken were positive signs in Q3 FY20. Its quarterly operating revenue increased 26.6% YoY to INR 14,835 Cr with an EBITDA margin of 41.8%. Its net profit increased from INR 2,964 Cr in FY 19 to INR 5,562 Cr in FY 20, a Y-o-Y increase of 88%.

On the overall digital business front of Reliance, the company said that Digital Services business recorded an increase of 40.7% on a yearly basis. Digital services segment witnessed robust growth in subscriber base and strong customer engagement through the year.

“Jio is embarking on the next leg of growth with a path-defining partnership with one of the world’s largest digital companies, Facebook. We are together determined to make India a truly digital society with best-in-class connectivity network complemented with disruptive digital technology platforms for entertainment, commerce, communication, finance, education and health harnessing world’s best tech capabilities,” Reliance Industries Limited chairman Mukesh Ambani said in a press statement.

He added the Jio’s focus will be on India’s 60 Mn micro, small and medium businesses, 120 Mn farmers, 30 Mn small merchants and millions of small and medium enterprises in the informal sector.

Last week, Facebook announced a $5.7 Bn investment in Reliance Jio. Talking about the same, Jio said that the investment would enable new opportunities for businesses of all sizes, but especially for small businesses across India and create new and exciting digital ecosystems that will empower, enrich and uplift the lives of all 1.3 Bn Indians.

Over the past month or so, with billions of people quarantined at home, the demand for video conferencing solutions has grown extensively. Zoom’s free user base has exploded and at one point last month, Zoom was said to be hosting 200 Mn daily active users, most of them free users. Since then, Zoom has shifted 100% of its engineering resources to fixing security vulnerabilities for free customers.

Others like Microsoft Teams, BlueJeans, Airmeet and others have also reported record growth since lockdowns began. Even though the highest attention has come on Zoom, its issues have also been highlighted. Zoom has blamed some of its security issues on unexpectedly broad usage of its free version. Zoom was installed in around 6 Mn Indian smartphones out of the total 80 Mn installs worldwide during the first quarter of 2020. Sensor Tower said that the impact of the coronavirus was evident with the success of video conferencing apps like Zoom.

Also, Google ramped up its Meet platform to allow GSuite users to directly take videoconferencing calls from Gmail on video conferencing tool Meet. The company said that Meet has added daily users faster than any other Google service since January.

Further, due to privacy concerns around Zoom, the Indian government was also looking for ten startups to develop indigenous video conferencing solutions under the Digital India initiative. The government is looking to enable smooth remote operations as well as teleconferencing between agencies and state governments. The project has been undertaken by the IT ministry.

The government said that it is seeking products that are at par with international video conferencing standards as offered by Zoom, Google Hangouts, Microsoft Teams and other products. JioMeet looks like just the product the government wanted to support, but how soon it is adopted remains to be seen. The big question is will JioMeet be able to replicate the success of these global counterparts and whether it will find broader appeal in the global market.