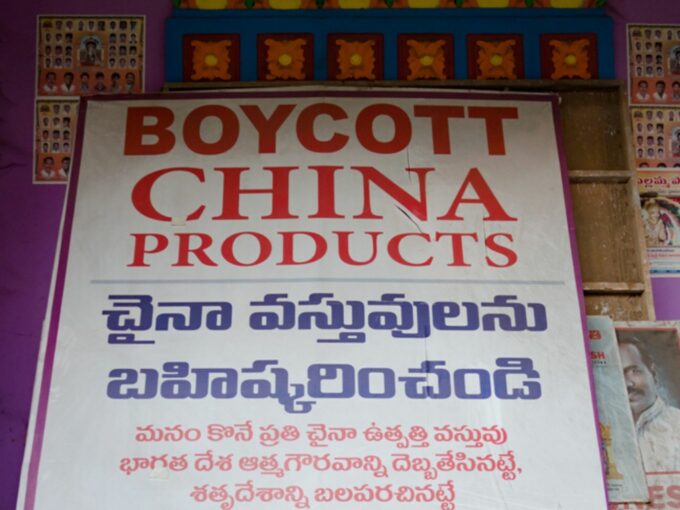 As the anti-China sentiment continues to grow, the Confederation of All India Traders (CAIT) has written an open letter to Indian celebrities urging them to stop endorsing Chinese brands. In the backdrop, the traders association has also boycotted all Chinese products.

In the letter shared on Thursday (June 18), the traders association has appealed to celebrities like Aamir Khan, Deepika Padukone, Katrina Kaif, Virat Kohli and others to stop endorsing any Chinese products. Besides this, CAIT has invited several celebrities, including Amitabh Bachchan, Akshay Kumar, Shilpa Shetty and others, to join the campaign.

The anti-China sentiment has also made advertisers rethink their advertising plans in India. Several larger electronic brands have already paused their advertisement activities for this week and will review it later, Vinita Bangard, managing director of Krossover Entertainment told Economic Times. Meanwhile, Oppo has postponed the live launch of its flagship smartphone in India.

This comes in the backdrop of violent standoff between Indian and Chinese troops in Galwan valley Ladakh, in which 20 Indian Army personnel were martyred. Keeping this in mind, CAIT has decided to reduce Chinese imports by $13 Bn (INR 1 Lakh Cr) by the end of next year. For this, the traders association has asked for the traders corporation and citizens to boycott Chinese products. The traders’ organisation also claims that the annual import from China stands for $70 Bn (INR 5.25 Lakh Cr).

In order to make transition smoother, CAIT has made a list of 3K Chinese items, from toys to cosmetics, which can be easily replaceable by Indian manufactured goods. This list mostly comprises finished goods imported from China. CAIT’s national president BC Bhartia and national secretary general Praveen Khandelwal specified that in the last four years, the traders body has been carrying out several protests to boycott Chinese products. It also claims that the protests have resulted in deduction of Chinese imports by $6 Bn in the last two years. In the year 2018, this import was $76 Bn which is currently $70 Bn.

However, an Outlook report highlights that the list of 3K products CAIT is looking to boycott will make up for less than a fifth of the imports from China. The Chinese economy has slowly seeped into the Indian economy from all possible aspects, whether it’s smartphones, the apps  or the other tech products.

Recently, Foton Motors of China, along with PMI Electro Mobility Solutions, committed to investing INR 1K Cr to manufacture electric vehicles (EVs) in Pune. For this, the companies have also signed an agreement with the Maharashtra government. Meanwhile, China’s Great Wall Motors (GWM) has decided to pump in $1 Bn to renovate the former General Motors plant, under the same MoU. This will create jobs for 3,000 people in the Pune automotive hub.