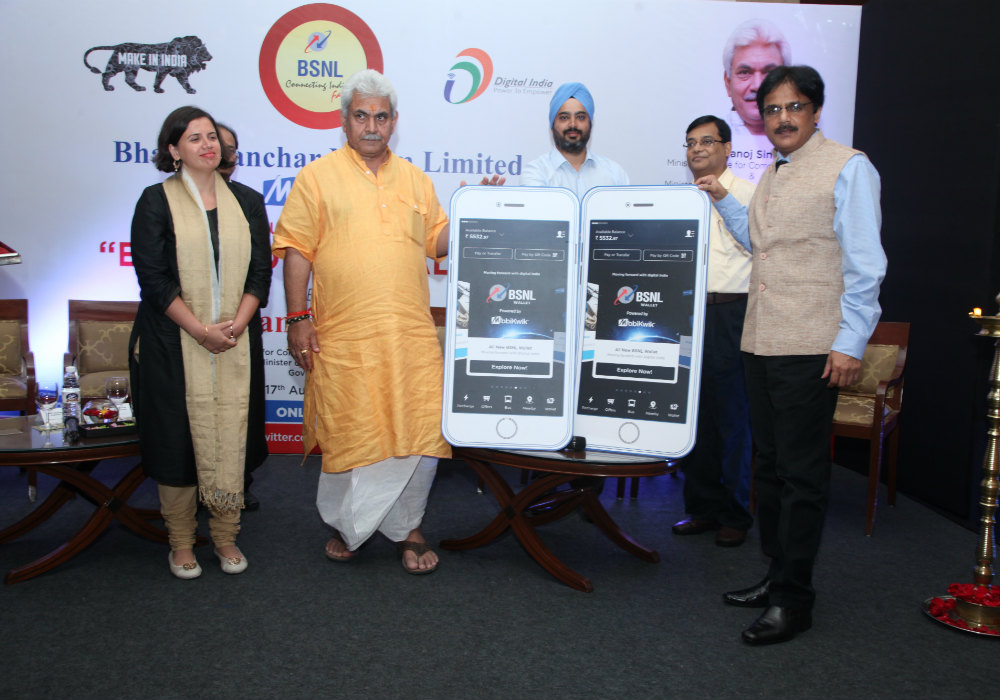 The service will only be available to the in-house 100 Mn BSNL users. With the mobile wallet, BSNL users will be able to make bill payments and transact on ecommerce platforms.

Manoj Sinha, Minister for Telecommunications said, “With this co-branded wallet, the ease of payment will be extended to all the customers while equally strengthening financial inclusion in the rural hinterlands, which often get neglected. Going digital is the need of an hour for both urban and rural areas, and this partnership is definitely a step in right direction.”

The BSNL Wallet currently claims to have over 1.5 Mn merchants on the network. The app will allow users to make online recharges, bill payments, shopping and bus booking.

MobiKwik was started by Bipin Preet Singh and Upasana Taku in 2009. The mobile wallet claims to have over 60 Mn users. In an interaction with Inc42 at the launch event, MobiKwik Chief Business Officer, Vineet K Singh said, “BSNL is a very big company. They have a 100 Mn subscribers. Making a new wallet for BSNL is about greater convenience to the users and about brand loyalty and building 1.5 Mn retailers on its platform. We will definitely increase our reach with this partnership. We are powering the app, providing front-end and back-end support to the BSNL mobile wallet.”

The service rollout will be in phases. Currently, users will be able to perform mobile recharges. The company, taking a leaf from its own operations, managed to execute the entire process from scratch in just about 8-9 weeks.

As a per a report by Google and Boston Consulting Group, the digital payments industry in India is projected to reach $500 Bn by 2020, contributing 15% to India’s GDP. In April 2017, Amazon secured a prepaid payment instrument (PPI) license from the Reserve Bank of India (RBI) for Amazon Pay. Later reports surfaced that instant messaging app WhatsApp was looking to launch a P2P payment system in India.

Towards the end of July, the Axis Bank Board of Directors agreed to acquire the digital wallet, FreehCharge, for $60 Mn. Apart from the aforementioned, other players in this segment include Flipkart acquired UPI-enabled PhonePe; mobile payment service ‘Truecaller Pay’, Paytm, among others.

By powering the mobile wallet of BSNL, MobiKwik has surely increased its user-base by a multitude. With Bajaj Capital’s user-base of about 35 Mn users combined, the digital wallet is inching closer to about 195 Mn collective users. Will it be able to capitalise on the increasing number of users is a story to be tracked.