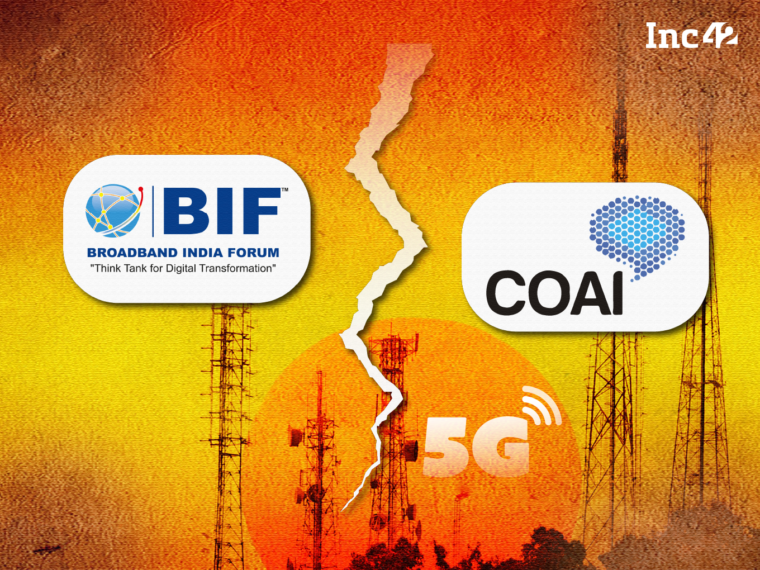 BIF has demanded exclusive and distinct allocation, to avoid needless possibilities of interference between the private and public networks

COAI, representing the telecom players wrote a letter to the government and DoT last week, seeking clarification on the 5G auction

After the telecom representative body – Cellular Operators Association of India (COAI) – representing the telecom players wrote to the telecom ministry, the Broadband India Forum (BIF) has labelled the clarion call for a level playing field in 5G spectrum allocation ‘unjustified’.

The BIF, a think tank representing private broadband players and a policy forum for digital communications stated that the public and captive private 5G networks operate two different sets of services with different requirements and do not compete with each other. It also called the COAI’s demands irrational, absurd and impractical.

The move comes shortly after the telco body stated that the allocation of the 5G spectrum, directly to private enterprises, is a cause of major concern to these operators. It had argued that if end-users or enterprises are given the spectrum, it will enable them to have a backdoor entry into telecom services despite not having a telecom service provider (TSP) licence.

Answering the concern, the BIF has claimed that telcos’ businesses depend on economies of scale, which is not the case with enterprise businesses with private networks.

“The spectrum that is earmarked for private networks needs to be exclusive and distinct from those bands for Public 5G, to avoid needless possibilities of interference between the two networks.” the forum said in a statement.

The auction for the 5G spectrum opens on July 8, 2022, and telecom giants and private networks are at loggerheads, with no comment from DoT on the matter yet.

BIF President, TV Ramachandran commented that the telco’s seeking a level playing field with enterprises for captive private networks is akin to a child in kindergarten being asked to compete with someone who has a doctoral degree.

“No mature regulator anywhere in the world imposes regulation on a player with no or minimal market share. Regulations are applied to mature players in the competition, who have significant market share and can abuse it. Enterprises will not be in the business of selling services or earning revenues through private 5G networks but only use it for self-consumption. The credibility and rationale of such claims are questionable and require introspection,” he said.

COAI has demanded that captive private networks be assigned spectrum in non-IMT/5G bands, while system integrators and other intermediaries not be allocated any 5G spectrum.

The BIF reiterated that the spectrum allocation will have several distinctive traits from public networks including location-specificness to enterprises, increased regulation, lower bandwidth and usage tied to self-consumption only.

“Private networks operate under strict pre-defined rules and regulations, and have a completely different set of obligations as compared to Public Networks and therefore cannot be compared with them,” the forum concluded.