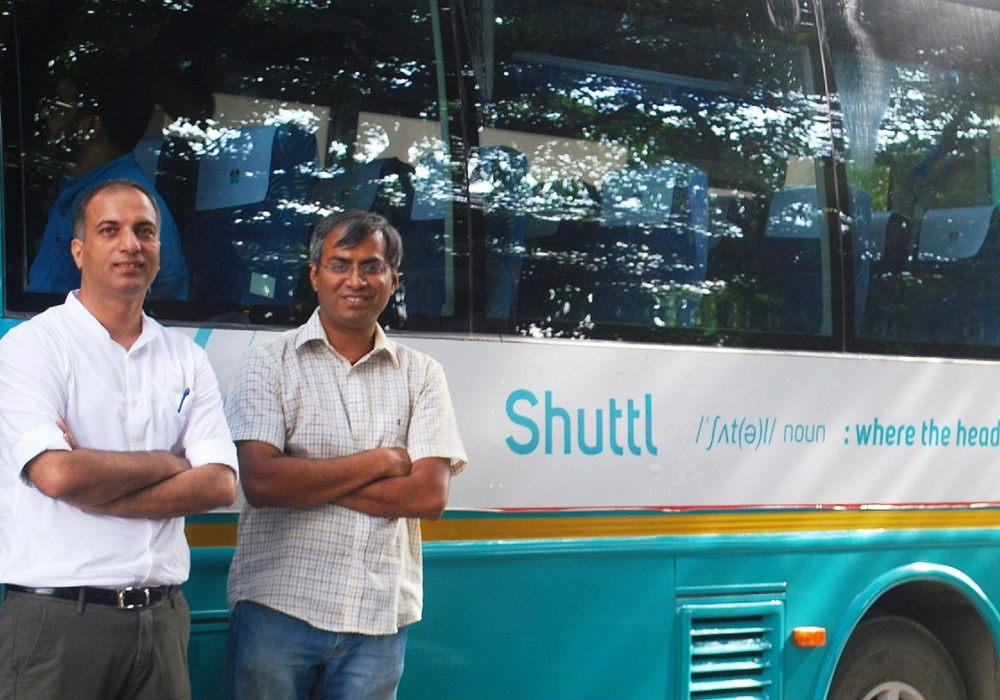 Gurugram-based bus aggregator startup Shuttl on Monday (November 25) announced that it has raised $18 Mn in Series C funding. The company said that the investment has come in from SPARX Group Co. Ltd. (through its Mirai Creation Fund II) and Toyota Group’s trading arm Toyota Tsusho Corporation.

The company said it will use the fresh funds to expand its reach in India, beyond existing six cities including Delhi, Mumbai etc. This raise is part of the ongoing Series C round and takes the total amount raised in this round to $36 Mn, with more investments expected in the near term. Last month, reports surfaced that Shuttl is looking to raise $42 Mn (INR 297 Cr) in a Series C funding round from Tsusho Corporation and SMBC Trust Bank Ltd.

Founded in April 2015 by Amit Singh and Deepanshu Malviya, Shuttl provides an app-based office shuttle service. Shuttl allows its users to book bus seats by choosing the pick up and drop point through its app.

The company has earlier claimed that 80% of its business comes from Delhi/NCR. It currently claims to enable over 100K rides daily through its premium buses and caters to the large working population of India that yearns for a comfortable, affordable and reliable daily ride to their workplaces and back home.

The company has raised funding from investors such as Lightspeed Ventures, Times Internet, AdvantEdge Partners and Sequoia Capital.

Masatoshi Fukami, representative director, executive deputy president of SPARX Group as General Partner of the Mirai Creation Fund II said, “We are excited to invest in Shuttl as it leads the innovation in the next generation of mass transport mobility solutions.”

Shigeru Harada, chief operating officer for Automotive Division of Toyota Tsusho Corporation said, “Shuttl has taken the lead in solving for traffic congestion and air pollution through a technology-enabled mass transport solution. We look forward to work together with them to disseminate relatively energy efficient MaaS solutions, such as Shuttl’s app-based mass transportation service, through our global network.”

The company claims that its buses are equipped with smart technology like facial recognition and live CCTV feed to ensure passenger safety. Moreover, in 2017 it had also introduced Shuttl SAFE (Secure Anxiety Free Experience), which provides multiple safety checks to every commuter through embedded technology features.

The company also currently running a pilot project to offer meals during its bus rides. As part of this service, it is offering meal services on 50 buses and planned to expand its meal service to its entire fleet of 1,200 buses this year.

The last/first-mile connectivity segment which is up for grabs right now is sparsely populated with players such as Ola, Bounce, Vogo etc. A report by RedSeer Consulting said that the Indian online mobility market, which includes cab aggregator and auto-hailing verticals, contributed over 15% of the industry’s overall gross book value (GBV) in 2017.