Ather Energy Raises $51 Mn In Round Led By Sachin Bansal

Ather Energy Raises $51 Mn In Round Led By Sachin Bansal

Sachin Bansal invested $32 Mn as a part of this round 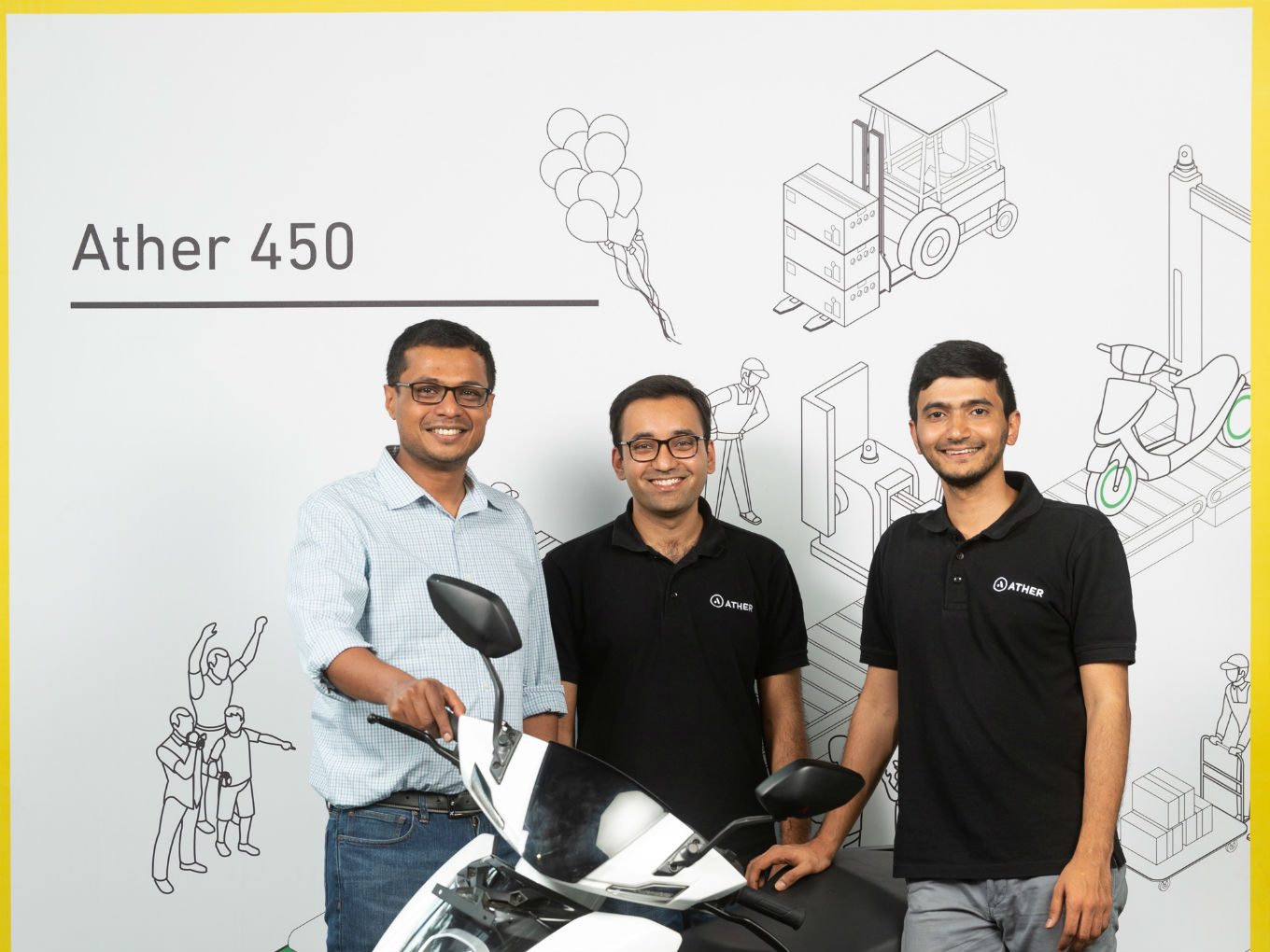 Bengaluru-based electric two-wheelers maker Ather Energy, has raised an investment of $51 Mn in its latest round of funding, led by Flipkart cofounder Sachin Bansal’s who poured in $32 Mn.

For this round, Hero MotoCorp has converted its convertible debt of $19 Mn and InnoVen Capital has extended an $8 Mn venture debt.

Ather Energy was founded in 2013 by Swapnil Jain and Tarun Mehta. The startup designs and sells electric two-wheeler vehicles for the Indian market. It is also one of the earliest startup investments of Sachin Bansal when he invested $0.5 Mn in the EV maker as its angel investor in 2014.

“Electric vehicles are here to stay and Ather is playing a leading role in driving this change. Sachin has been part of our growth journey and this investment is a strong endorsement of the momentum we’ve built over these years,” said Tarun Mehta, cofounder and CEO of Ather Energy.

With these new funds, the startup looking to enter an expansion phase and has already lined up Chennai as its next city of operations. It is planning to open pre-orders in Chennai in the coming weeks. It plans to eventually expand it to 30 cities by the end of 2023.

With central government bullish towards emobility, Ather is stepping up its game to claim the top position in the electric two-wheeler segment.

The funding comes at a time when the company is also planning to set up a new manufacturing facility to produce 1 Mn vehicles in a year. It is also aiming to set up around 6,500 Ather Grid fast charging points over the next five years with a projected investment of INR 130 Cr.

According to Tarun, the changing landscape of personal transport has provided them with opportunities. He also hinted about launching new business models in which Ather is investing in.

Ather Energy launched its flagship ebike, Ather 450, in Bengaluru in June last year and is one of the few companies to have got its ebikes recertified under FAME II scheme. The startup also launched a lower-powered Ather 340 two-wheeler and the AtherGrid, public and private EV charging solutions last year.

In October 2018, it was reported that Bansal was considering to invest $50-100 Mn in Bengaluru-based electric vehicle maker Ather Energy.  In July 2018, Ather had also raised $19 Mn in a Series C funding round from automobile maker Hero MotoCorp.

As electric two-wheelers lead the emobility sector in India, some of the major players are looking to strengthen their footprint in the growing space. Earlier in May, it was reported that electric two-wheeler manufacturer Okinawa, which became the first company to be recertified, is investing INR 200 Cr to set up its second manufacturing plant in Bhiwadi. This plant is said to have a total manufacturing capacity of 1 Mn units. The first phase of the plant will be commissioned close to 2020-21.

The Indian electric vehicle industry recorded sale of 7.59 Lakh units in India in FY2019 which included the sale of 1.2 Lakh two-wheelers, 6.3 Lakh three-wheelers and 3,600 passenger vehicles.

However, electric two-wheeler makers had expressed their concerns after the central government released the second phase of FAME scheme as incentives for two-wheelers was reduced to INR 10K per kWh from INR 22K under FAME I.

In order to elevate the fears, government think tank NITI Aayog’s chief executive Amitabh Kant has suggested a complete switch to use of electric two and three wheelers in India in a phased manner from March 31, 2023.

For this, it has proposed banning the sales of all internal combustion engine (ICE) three-wheelers by March 2023, and two-wheelers below 150 cc by 2025.