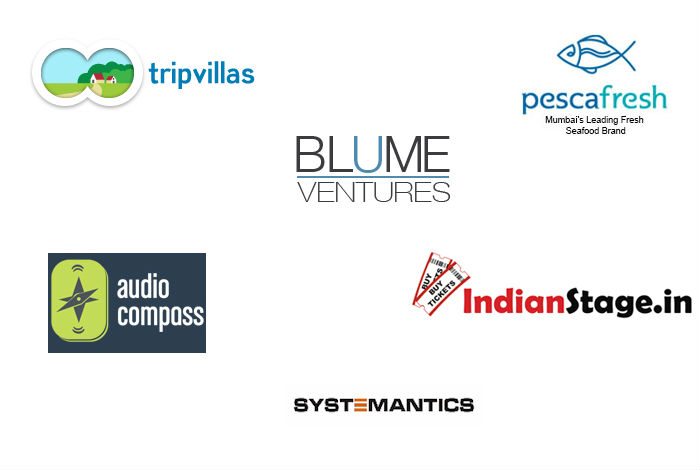 IndianStage – Based out in Bangalore Indianstage is an event ticketing platform. Blume Ventures has invested in it along with Google India MD Rajan Anandan.

AudioCompass – It helps to travel smart by turning mobile devices into personal tour guides. Blume Ventures has invested in it along with Cox & Kings promoter family.

Systemantics – It develops robots and custom automation solutions for industries. Blume has invested in the company alongwith Accel Partners and few other individual investors.

Other companies in which it has invested during the period includes Homeveda, Kuliza, Turtle Yogi, Instamojo, Purplle, Tookitaki & VoxPop.

The report also mentions that Blume’s six portfolio companies have raised Series A investments and also expects that out of these 2-3 companies will raise Series B investment in 2014.

It also expects that 8-10 of its portfolio companies might raise Series A and 2-3 small acquisitions or exists in 2014. Out of its Series A and Series B companies, it expects 1-2 companies to create an aggregate shareholder value of Rs 1,000 Cr.

The venture capital firm has also mentioned that it has invested in over 70 companies through its Rs 100 Cr fund until now, it will be keeping new investments to a minimal number till its second fund is launched in which it is planning to raise $50 Mn.