“No Thanks!” Bhavish Aggarwal’s Cheeky Reply To Musk’s Tweet On Tesla Manufacturing In India 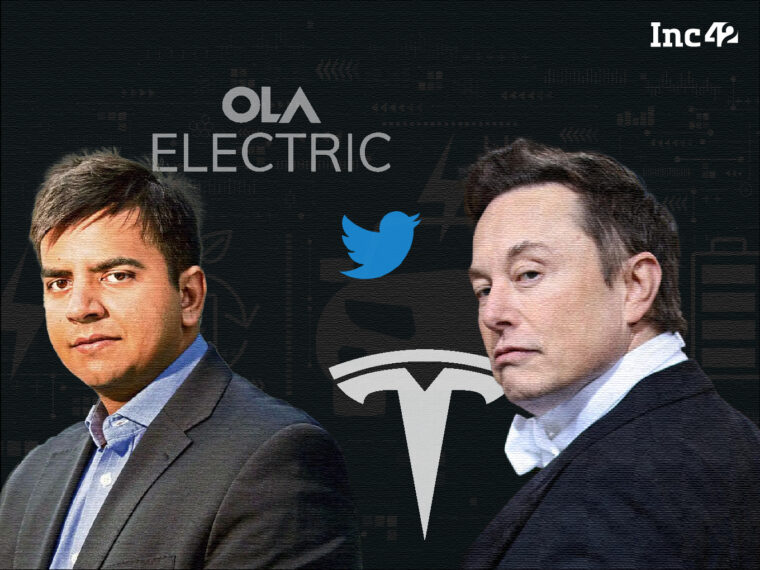 Ola Electric’s Bhavish Aggarwal responded by saying, “Thanks, but no thanks!”

Earlier this year, Ola Electric talked about its plans to launch four-wheeler EVs

In a sarcastic response to Tesla boss Elon Musk’s tweet about the automotive giant’s decision to not set up a manufacturing plant in India, Ola Electric’s Bhavish Aggarwal tweeted saying, “Thanks, but no thanks!”

On Friday (May 27), Musk, responding to a question by a Twitter user, said, “Tesla will not put a manufacturing plant in any location where we are not allowed first to sell and service cars.” 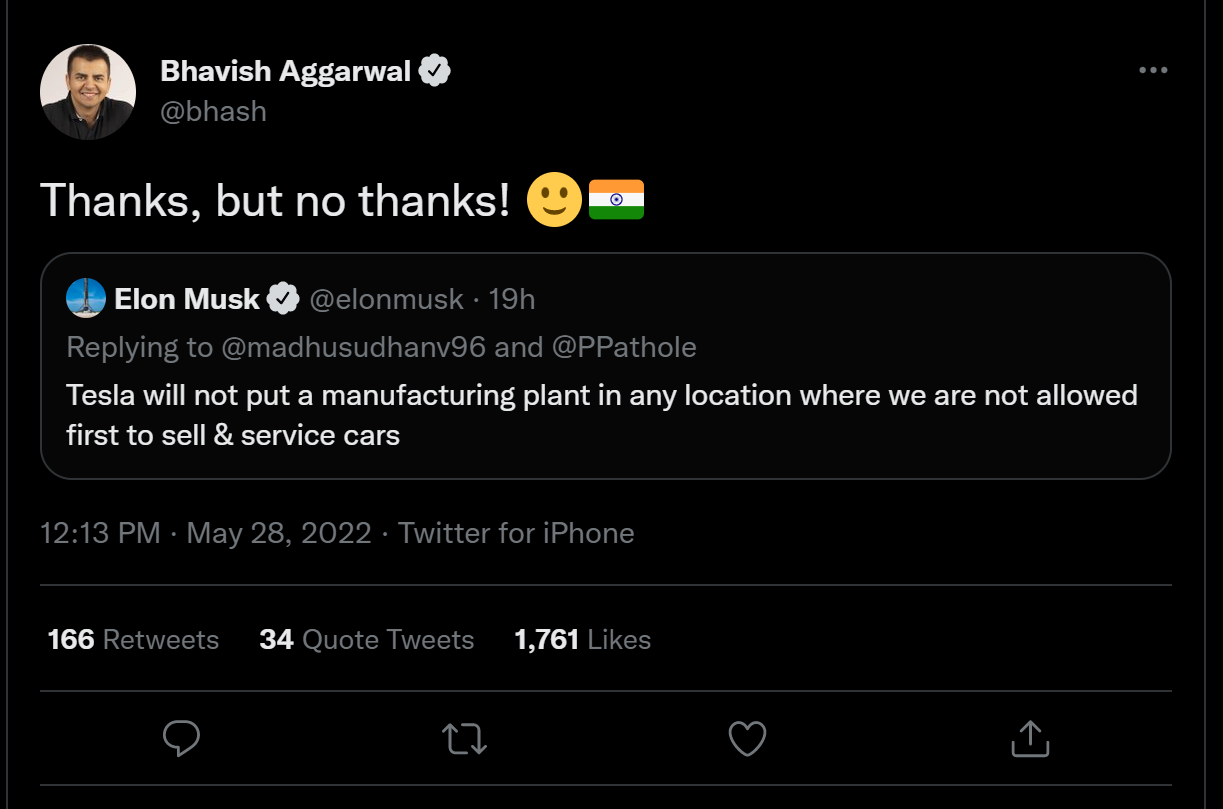 Some media reports recently said that Tesla might have put its expansion plans in India on hold as the company has stopped looking for showroom spaces and started reassigning a few of its India teams to other markets.

Ola Electric, on the other hand, has already talked about its plans to launch four-wheeler EVs earlier this year. It posted a picture of its concept car, just after completing its $200 Mn round at a valuation of $5 Bn in January 2022.

The EV two-wheeler startup acquired 500 acres of land in the Krishnagiri district of Tamil Nadu and set up Ola FutureFactory for manufacturing its escooters.

The Aggarwal-led startup has also qualified for incentives under the government’s $2.4 Bn Production Linked Incentives (PLI) scheme which is aimed at boosting EV battery cell production in India.

Despite these developments, Ola Electric has been under scrutiny in the last few months. From delay in delivery of scooters to vehicles catching fire and other malfunctioning incidents, several customers have vented their anger against the company on social media platforms.

Ola Electric recalled 1,441 units of its Ola S1 Pro scooter on April 24 after two incidents of fire were reported with its escooters and government think tank Niti Aayog nudged manufacturers to voluntarily recall batches of vehicles involved in such incidents.

As per the Federation of Automobile Dealers Associations’ (FADA) data, the total EV sales in the country reported a 3X jump in FY22 to 4.3 Lakh units. Of this, Ola Electric sold 14,371 units. Hero Electric led the two-wheeler EV segment with a total sales of 65,303 escooters.