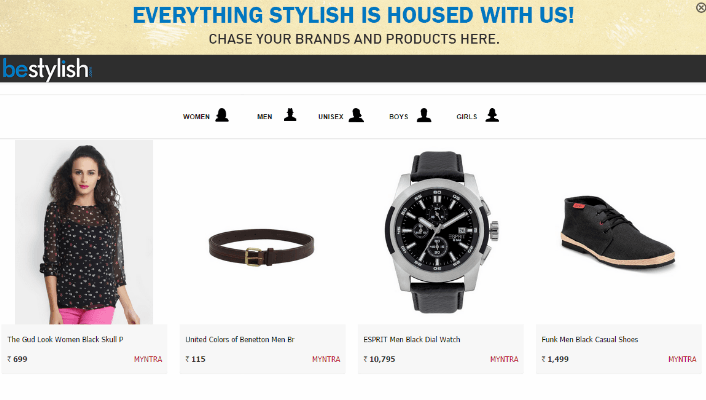 While few players dominating the ecommerce segment in India, there are few who believe in shifting their model from ecommerce to something else so as to survive in the online war.

Following on Yebhi’s footsteps, now Smile Group’s online footwear store BeStylish.com has also changed its model from being an online store to an aggregator of products. It is worth noting that apart from footwear it is also aggregating other fashion and lifestyle products including apparel, accessories etc.

This means that now BeStylish will not be holding any inventory, and will be sourcing products directly from offline manufacturers to sell it on the site alongwith products of other ecommerce marketplaces Myntra, Flipkart etc.

“We are now like a technology highway that connects suppliers on one end with e-commerce companies on the other end. The last inventory we bought was in March 2013 and the pivot was completed in May this year… Our vision is to power every second shoe that is sold in the e-commerce space,” Abhishek Lal, co-founder, BeStylish told Techcircle.

Bestylish was launched in May 2011 under the umbrella of the Smile Group Abhishek Lal (Director Merchandise) and VSSK Prasad (co-founder and Director Wholesale & B2B) and Smile Groups had roped in Shailen Amin as the CEO and co-founder of BeStylish. It had raised funding from ru-Net Holdings in 2012 and had also launched a private label of footwear for women and men.