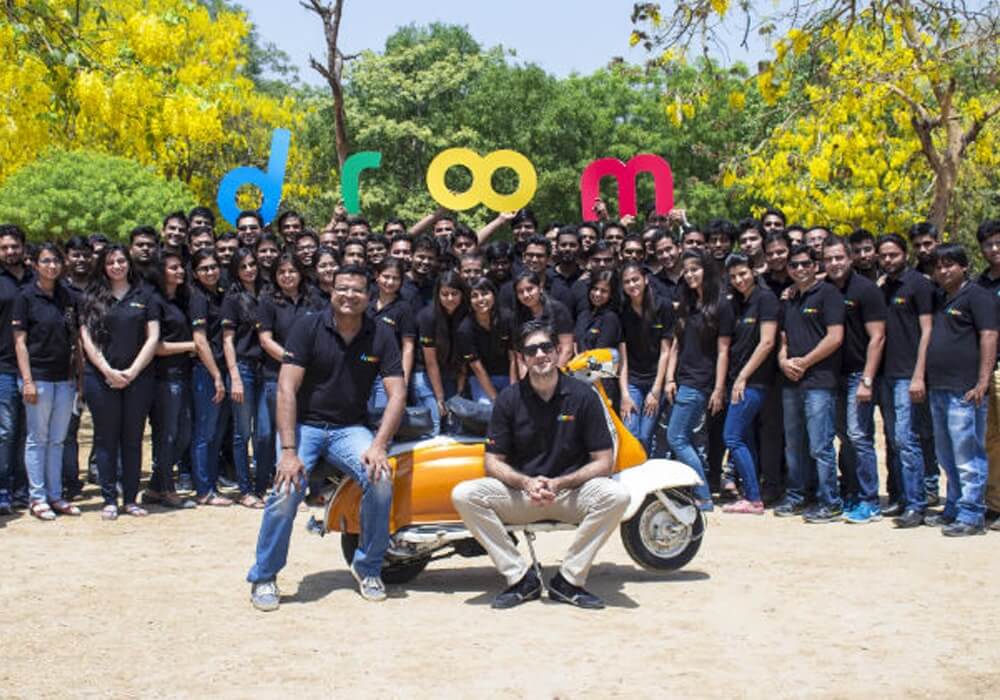 The startup plans to use the funding to further strengthen its position, make its ecosystem tools more scalable and advance its international expansion plans. Droom will also invest heavily in further developing its Machine Learning and Artificial Intelligence capabilities.

Commenting on the investment, Sandeep Aggarwal, Founder and CEO of Droom said, “This partnership will play a major role as we realise our growth potential, both in India and internationally.”

With this deal, Droom has signed a Memorandum of Understanding (MoU) with TTC to expand internationally beginning with the southeast Asian market, leveraging Toyota’s inventory for expansion.

On the development, Toyota Tsusho Corporation (TTC) said, “We and Droom are sharing the same vision, which is bringing trust and transparency to the transactions of automobiles. We believe that this partnership contributes the establishment of the highly transparent transaction of automotive the wholesome development of the auto market of any developing countries, by combing Droom’s technology advanced platform and our various automotive business experience of all over the world.”

The total funding for Droom now nears $95 Mn since its inception. It is now also planning to go for an IPO by 2019.

It offers a wide range of categories from bicycle to planes. Additionally, it provides other automobile services such as warranty, RSA, insurance and auto loan. Droom uses advanced technologies like de-facto pricing standard, full circle trust score, among others.

Headquartered in Gurugram, the company claims to have a market share of 65% in the automobile marketplace category. Recently, the company also expanded its portfolio in electric vehicles.

Earlier, Sandeep had revealed that the company is planning for expansion in Southeast Asia and is also looking to get registered on NASDAQ by 2019.

The company claims to record nearly $700 Mn in gross revenue and $15 Mn in net revenue with the listed GMV of $3.5 Bn. It has recorded nearly 250k auto dealers in more than 500 cities across India on its platform with 27.3 Mn monthly visitors.

It helps automobile dealers to increase their consumer base and provides them with vehicle checks using its advanced data science algorithms. It charges an annual subscription to dealers and is also looking to earn revenue by introducing automobile credit, which will be provided to the consumers.

The startup is also planning to monetise its Orange Book Value feature, which gives the fair price of bikes and cars in the country. Other features like auto inspection will also be rolled out for dealers.

The other services include History, with about 200 Mn vehicle history records, Discovery (dozens of pre-buying tools), and Credit (a marketplace for used vehicles loans).

In the automobile segment, Droom competes with the likes of Cartisan, Bumper, Pitstop, among others.

The report has pegged Indian automobile market at $125 Bn. Out of which, $100 Bn is the estimated share of automobile sales and remaining $25 Bn includes services. It is expected to grow at a rate of about 10% to a whopping $225 Bn by 2020.

Also, India is a prominent auto exporter and has strong export growth expectations for the near future. Further, several initiatives by the Government of India including ‘Make in India’ and the major automobile players in the Indian market are expected to make India a leader in the two Wheeler and Four Wheeler market in the world by 2020.

With huge growth potential in the growing vehicular segment, the latest push of funding for Droom is bound to escalate company’s portfolio of products and services.