Droom Is Looking For International Expansion, Starting From Indonesia By Year End 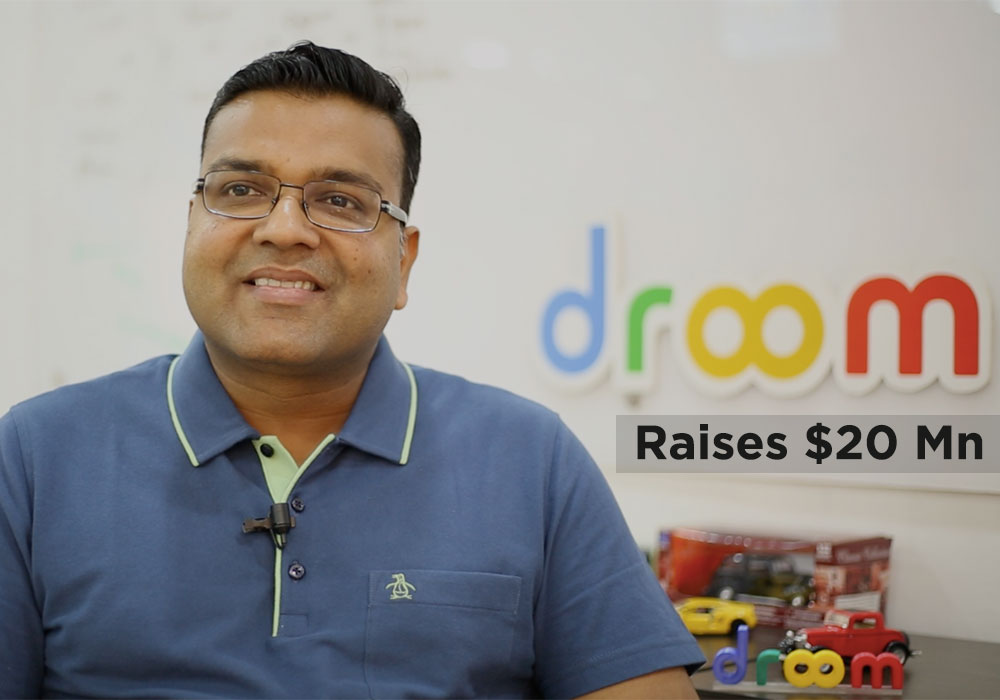 This current round takes Droom’s total funding to $65 Mn. The last fund infusion came in June 2016, when the company raised undisclosed (reported to be around $30 Mn) funding in Series B.

Commenting on the investment Jeffrey Yam of Integrated Asset Management said, “India is the next China as far as consumer internet is concerned. We are really impressed by Droom’s ability to drive innovation, create scalable technology platforms, and capture the growth of the Indian automobile industry. Droom creates value for the industry by directly addressing and solving common pain points experienced by buyers and sellers.”

The company is planning for expansion in Southeast Asia. And the automobile portal is also looking to get registered on NASDAQ by 2019, said founder Sandeep Aggarwal in an interaction with the media in Delhi today.

It uses three pricing formats – Fixed Price, Best Offer, and Auction. The platform offers a wide range of categories and all automobile services such as warranty, RSA, insurance and auto loan. With a current declared Gross Merchandise Volume (GMV) of about $554 Mn, Droom claims to be the fourth-largest ecommerce company in India in terms of GMV. The automobile platform is category, seller, price, condition, and geography agnostic.

The company has built tech and data science tools to create an ecosystem around used automobiles. In August 2016 it launched an OrangeBookValue (OBV) destination website, along with its Android and iOS apps, multiple partnerships and third party web publishers’ widget. It is a pricing engine. Apart from this, the company also has a vehicle inspection service – Eco. Eco has over 121 vehicle inspection points. The other services include History, with about 200 Mn vehicle history records, Discovery (dozens of pre-buying tools), and Credit (a marketplace for used vehicles loans).

Talking about the funding, Droom founder and CEO, Sandeep Aggarwal said, “Droom is the largest auto portal in India in terms of gross revenue, monthly traffic and number of auto dealers. We are also the largest auto vertical and the largest hyperlocal marketplace in ecommerce. Leaving the category behind, we have established ourselves amongst the top 4 ecommerce platforms in India. Series C rounds typically accelerate the pace of growth for a business and help it establish its undisputed leadership in its sector and that’s exactly the case with us.”

As per a company statement, Droom currently claims to hold over 65% of the automobile transactions market share online.

Droom currently claims to have a GMV of $554 Mn and is growing at an annualised rate of 350% year-on-year. Co-founder Rishabh Malik disclosed that about 94% of this GMV is contributed by big assets and the remaining 6% is contributed by the ancillary services (Eco, Credit, History, OBV) in the GMV.

It reportedly has over 172K registered sellers on its platform, excluding C2C sellers. Droom’s services are present in over 500 cities across India. The company claims to have about 24 Mn monthly visitors and 5.8 Mn app downloads.

For the month of May 2017, the company had about 154K listings on its platform across 18 categories. Last month, the company claims to have had a GMV of about $42 Mn (INR 275 Cr). Droom claims that its monthly net burn rate is about 3.5% of its month GMV. The company also has less than 5% of GMV as its marketing spend.

Droom: The Road Ahead

Fund Utilisation – The startup will use the recently raised capital to invest in a technology platform. Apart from this, the fund infusion will be used for 2-3 technology focussed acquisitions.

International Expansion – Apart from this the company is also planning to enter the Indonesian market by the end of this year. The founders indicated that the move will be in play sometime after-October 2017.

Apart from Indonesia, the company is also looking at Philippines, Malaysia, Vietnam, and Singapore as focus areas in the Southeast Asia expansion plan.

The company is also eyeing a NASDAQ registration for an IPO by mid-2019. In the press interaction, Sandeep said that the company is targeting a GMV of about $2.5 Bn and a net revenue of about $55 Mn (INR 350 Cr) before the listing on the stock exchange.

Apart from this, the company is also targeting to cover over 750-800 cities by the first quarter end of 2018.

Talking about other plans for Droom, co-founder Rishab Malik said that in the next 3-4 months Droom will enter in the automobile insurance sector in a full-fledged manner. When asked about the impact of GST on the automobile sector, he said, “Some manufactures get input credit and benefit from GST. Out of these, some manufacturers may decide to pass on this benefit to the end consumer. That is the reason why some premium cars have become cheaper. Similarly, hatchbacks and sedans have gone 5% or cheaper or expensive depending on the manufacturer’s decision to transfer this input credit.”

Rishab also added that in terms of competitors in the market Droom does not see OLX, Quikr and other classified platforms as direct competitors. The classifieds only provide information about a vehicle, but Droom facilitates a whole gamut of services catering to the used-cars ecosystem. Droom’s ancillary services like OBV etc. can be used by the end user, even after the discovery is done on another platform.

According to an IBEF report, the automotive sector is valued at approximately $15 Bn in the top eight cities, of which the after sales market is close to $7 Bn and growing at a healthy pace. In February 2017, Mumbai-based online automobile classifieds platform, CarTrade raised $55 Mn in a fresh round of funding led by Singapore-based Temasek, and a US-based family office. Other players in this segment apart from Droom include Cardekho, Spinny, and Zoomo.