As the Bitcoin bull run shines a light on cryptocurrency investments, unsuspecting investors have fallen prey to get-rich-quick schemes 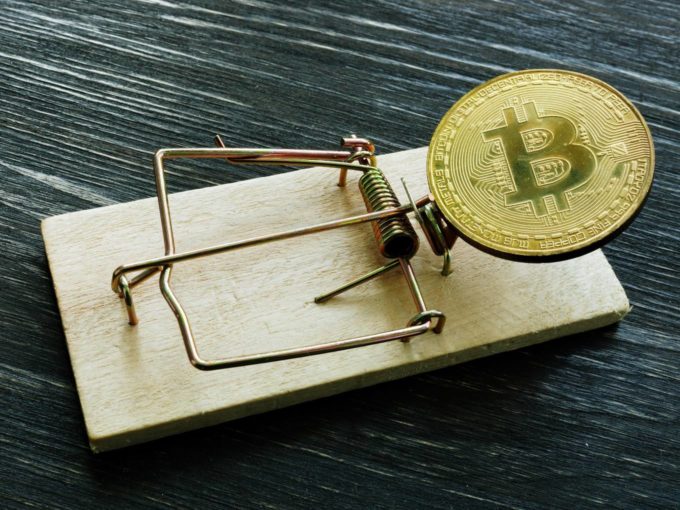 Amid the Bitcoin price rally, Indian crypto exchanges have stepped up their efforts to clamp down on suspicious activities and fraudulent practices, such as the ‘pump and dump’ manoeuvre typically used by investors in small-cap, low trading volume cryptocurrency assets.

In ‘pump and dump’ schemes, a small group of crypto traders coordinate to drive up the price for a small-cap cryptocurrency. Since these are micro-cap coins, the price rises substantially soon after an initial bunch of investors have bought shares. These investors then persuade other traders to invest in the coin, sharing growth charts and using other crypto jargon to convince them to join the bull run.

Once enough investors have been convinced into purchasing the stock, the initial group of investors will sell their holdings to make a quick profit, which crashes the price resulting in heavy losses for late investors.

In a recent blog post, Mumbai-based CoinDCX explained how a ‘pump and dump’ scheme had taken place with the YOYO/BTC pair on its platform in December 2020. As the initial bunch of investors managed to lure other investors to buy YOYO, the price of the coin shot up 130% in just six days.

“Pump and dump schemes are highly difficult to prevent from an exchange’s position as this may question an investor’s freedom of trading on a token pair. However, we have taken strong measures to prevent such schemes and take immediate actions when spotted,” read the CoinDCX blog.

Meanwhile, the UAE-based crypto exchange Bitex, which in November launched its services in India, has also taken steps to clamp down on suspicious transactions, even as several users of the exchange have complained about delayed processing of withdrawals from their Bitex wallet.

In September-October, several users on LinkedIn, most based in the UAE, talked about their withdrawals from Bitex not being processed for more than 3-4 months.

In October, the company’s CEO Monark Modi, in a post on LinkedIn, said that a community had been using the name ‘Bitex’ to scam people. Bitex also created a new page for the company on LinkedIn, called ‘Bitex Worldwide’, but disallowed comments on its posts.

In his post, Modi acknowledged that there had been several genuine customer issues which were being solved by the Bitex team. However, in a statement to Inc42 this month, Bitex talked about withdrawal or transfer of cryptocurrency being withheld, in the event that they run foul of the platform’s Anti Money Laundering (AML) policies.

“Any withdrawal or transfer of cryptocurrency which do not adhere or are in conflict with AML policies put in place by regulatory authorities face scrutiny and are withheld by our wallet until the concerned investor provides for valid information for secure transfer of their cryptocurrency,” the company said in its statement.

“The same is also notified to our customers once a red flag is raised to the exchange on a transaction request. Of our global daily trading volumes of about $1.2 Mn, transactions that are red-flagged owing to AML concerns are rare and few and in such an event, the exchange has officially communicated to the customer and sought correct details to verify and proceed with the transaction.

In March this year, the Supreme Court quashed the Reserve Bank of India’s (RBI) 2018 circular that had barred banks from providing services to crypto companies. Since then, Indian crypto exchanges have reported an uptick in user signups and trading volumes. However, India lacks regulation to govern the mining and trading of cryptocurrencies.

This has led to a host of dangerous use cases of crypto, such as ponzi schemes, coming to light in the recent past. But most Indian exchanges have implemented KYC measures to minimise the risk of fraudulent use cases of crypto. Most leading Indian crypto exchanges such as WazirX and CoinDCX are also working on a self-regulatory document for crypto exchanges in India, to promote best practices in the sector.