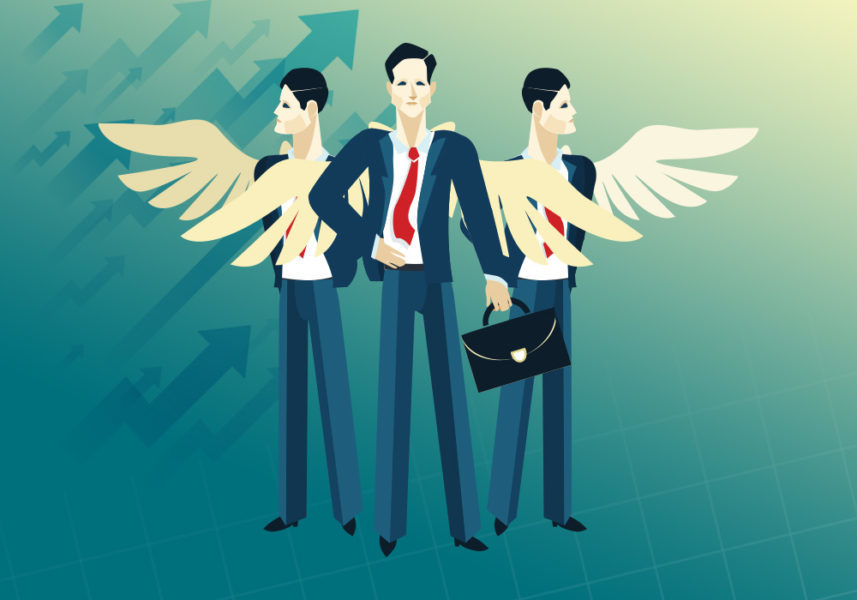 The case of mismatched demand and supply in startup funding is quite illuminating when it boils down to just numbers. 2016 saw the total number of startup funding deals increase by 18%, but a decline in gross funding by 40%.

The picture becomes less hazy when we notice declining venture capital and increasing angel investment deals in 2016. While the number of VCs has grown from 307 to 767 in the period of 2014 to 2016, angels have grown exponentially from 113 to 1034 in the same period. It is a clear cut showcase of two players in the same field playing an altogether different game. 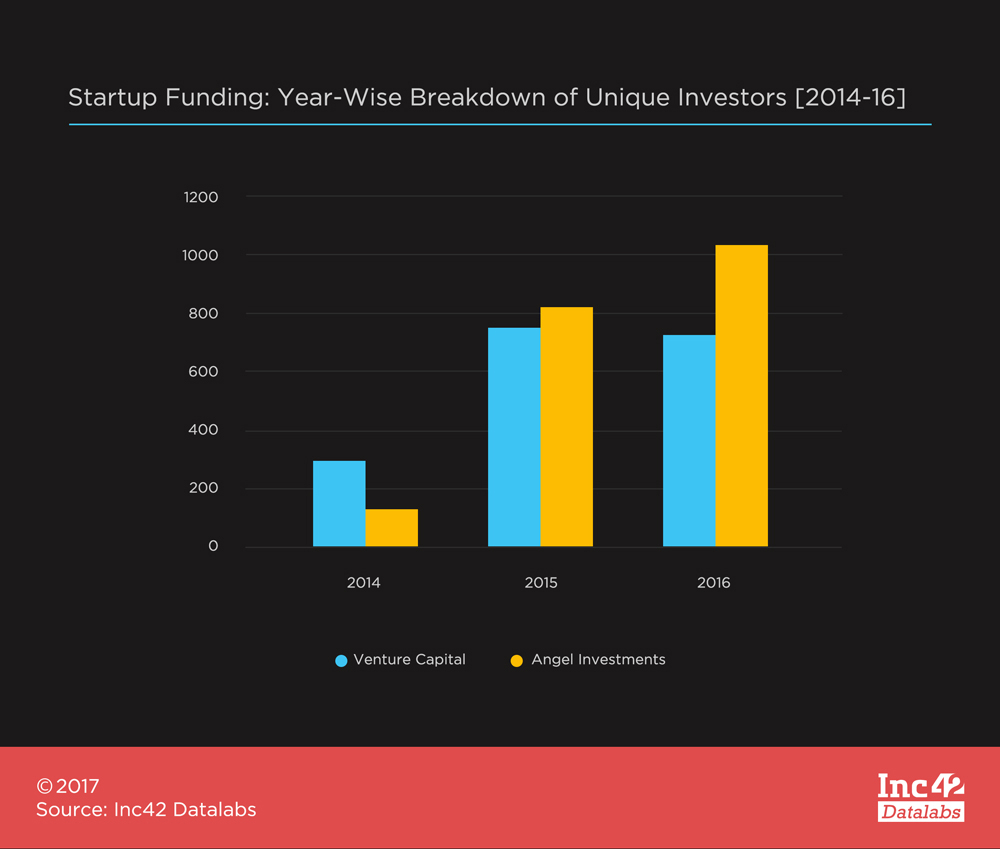 While VC investors entered the picture early on, the entrepreneurial bug well and truly caught on with the Indian masses only in 2016.

Big bets made by VCs early on have diminished their available funds; and with most of these bets not yet returning dividends, there is not a good enough case for Indian VCs to raise a second fund just yet. The share of VCs participating in funding rounds has fallen from 62% in 2014 to 37% in 2016. This has left potential growth-stage ideas vying for funding.

But the ensuing gap has begun to pull in investors from abroad who see India as the last big untapped startup market in the world.

Fuelling early-stage ideas, however, is the ever-burgeoning angel investing market. While we see VCs taking a back seat, ideas have been increasingly fuelled by angel investment. Angel participating in funding has increased steeply from 23% in 2014 to 50% in 2016. Cash-rich Indians are now loosening their pockets, investing in ideas that come their way – getting their feet wet in the shallow waters of the vastly deep and complicated body that is classical venture investing. 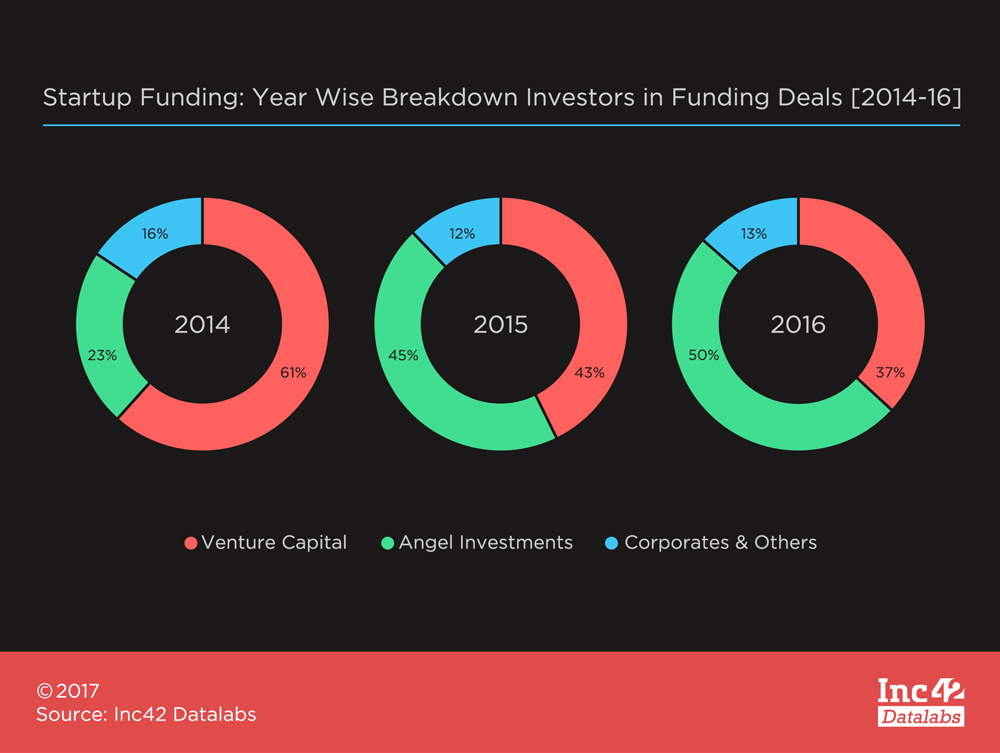