Andhra Pradesh Govt. Signs MoU With ConsenSys For Blockchain Innovation In The State 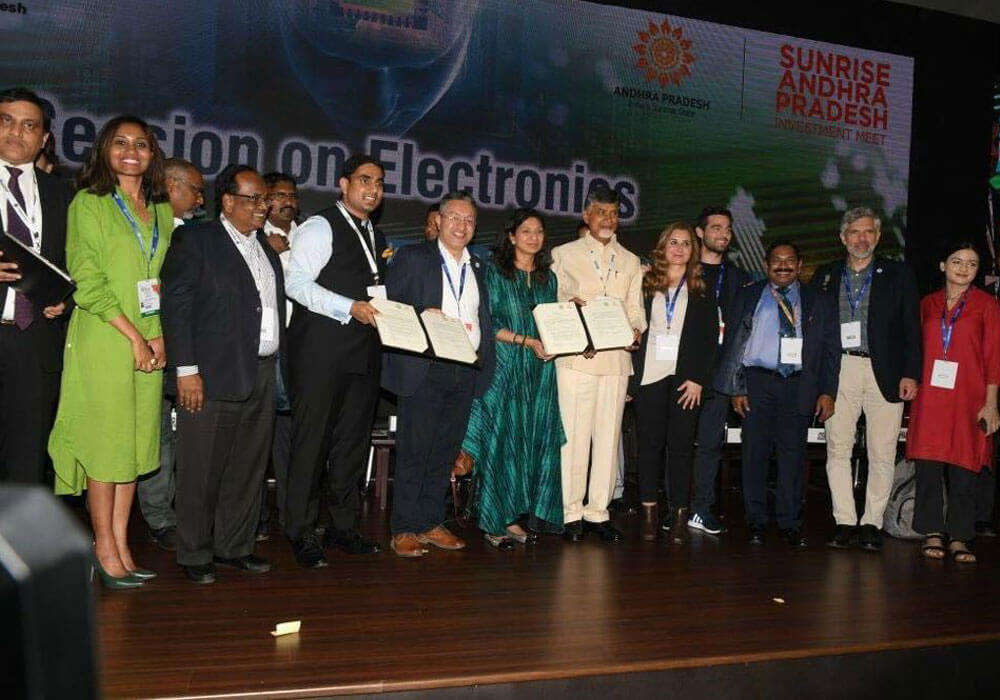 Under The Partnership, ConsenSys Will Provide Technical Advisory To The State Government

As a step forward for the state’s blockchain ecosystem, the Government of Andhra Pradesh has signed a Memorandum of Understanding (MoU) with technology powerhouse ConsenSys.

Under the partnership, ConsenSys will provide strategic technical advisory services to prioritise and pilot use-cases in blockchain technology in Andhra Pradesh. The partnership aims to incubate blockchain-based innovation in the state.

On the development, Nara Lokesh, IT Minister, Government of Andhra Pradesh said, “We believe that this technology has tremendous potential to revolutionise the way governments, institutions, and corporates function and is on its course to become the new normal. The State government has already taken the lead in introducing the technology and has a vision of becoming blockchain-enabled through its digital assets by 2019.”

Also, ConsenSys along with the state government will establish an Indian cohort of ConsenSys Education. The institute will develop educational programmes focused on the technology by leveraging ConsenSys’ proprietary educational content.

Under this, the state government will help drive recruitment efforts for ConsenSys Academy across India and will also subsidise infrastructural and operational costs for the project.

Commenting on ConsenSys Education, Kavita Gupta, Executive Director of ConsenSys, said, “Traditional education programs cannot keep up with the rapidly developing pace of Ethereum and blockchain as a whole. There’s a need to continue educating new participants in the ecosystem. ConsenSys’ focus for 2018 and beyond will be to uphold its growing responsibilities as a purveyor of this revolutionary technology.”

The government of Andhra Pradesh has been constantly stepping ahead in the blockchain technology sphere.

Andhra Pradesh had launched its flagship initiative for blockchain, Fintech Valley Vizag, which was created by the Andhra Pradesh Electronics and Information Technology Agency (APEITA) in 2016. The initiative is a self-sustainable, global fintech ecosystem that focuses on converging finance and technology to create large avenues of growth.

Earlier in August 2017, Fintech Valley Vizag collaborated with KPMG to work towards developing a high potential fintech ecosystem in Vizag. Under the partnership, the duo also announced the launch of the BFSI Use Case Repository Program and Fintech Accelerator Programme.

In January 2018, the state government signed a MoU with the Ram Yalamanchili family office-management Covalent Fund under the Fintech Valley Vizag initiative. The collaboration aimed at enhancing startups’ access to capital as well as creating manpower.

A report by Satista has forecasted that the global blockchain market will touch $2.3 Bn by 2021.

While other states like Maharashtra, Karnataka and Telangana are also gearing up with their technology initiatives, Andhra Pradesh’s single-minded focus on building a robust blockchain ecosystem is noteworthy. In this light, the partnership between the Andhra Pradesh government and ConsenSys looks as a promising step for the state’s Fintech Valley Vizag initiative.