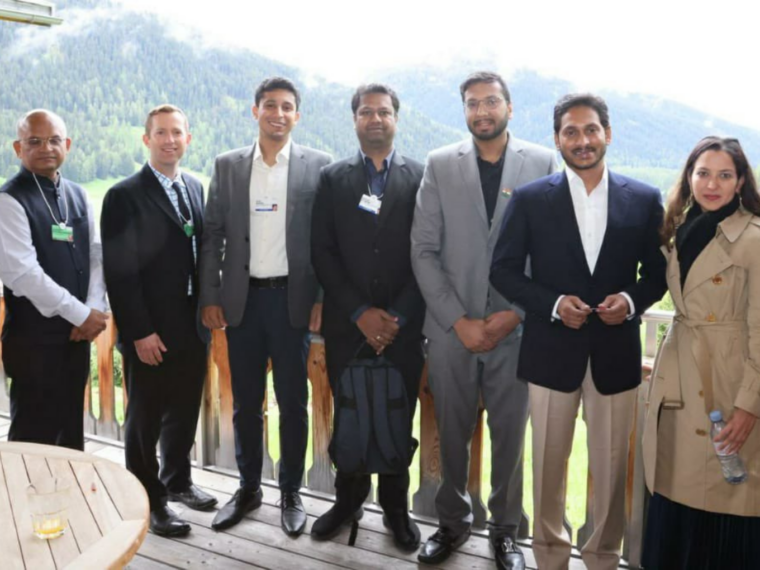 In the World Economic Forum session at Davos, Reddy assured the startup CEOs that the state government will provide necessary infrastructure for creating the (startup) hub

On this, BYJU'S vice president (public policy) Susmita Sarkar proclaimed that the startup will join hands with the state government to fortify its education system

Andhra Pradesh CM YS Jagan Mohan Reddy has asked the unicorn startups to make Visakhapatnam as their hub of operations.

In the ongoing World Economic Forum session at Davos, Reddy assured the startups’ CEOs that the Andhra Pradesh government will provide necessary infrastructure for creating the (startup) hub.

On Twitter, Reddy shared that he met the CEOs of BYJU’S, CoinSwitch, EaseMyTrip, Coursera and other startups. He further enquired them (startup entrepreneurs) about the facilities required to initiate startup operations from Visakhapatnam.

“We are committed to creating the ecosystem required to encourage the startups in the state. We will extend our fullest support to you to start your operations. We want you (startups) to make Visakhapatnam as the hub of your activities across the globe,” said Reddy.

Reddy further added that this move (establishing Visakhapatnam as hub for startup operations) will motivate youth and entrepreneurs to enter the (startup) sector. It will also act as a driving force for new startups.

To enable startup operations at Visakhapatnam, the Andhra Pradesh government will be making required policy intervention.

On this, BYJU’S vice president (public policy) Susmita Sarkar proclaimed that the startup (BYJU’S) will join hands with the state government to fortify its education system. She also informed that the edtech startup will set up an R & D center on academics in Visakhapatnam and additionally, offer study material to students attending government schools.

Prasanth Pitti, founder of EasyMyTrip, stated that it (EasyMyTrip) will promote the tourism sector of Andhra Pradesh by carrying out an aggressive campaign to give global prominence to the state’s tourism places.

In the past months, various state governments are actively working to bolster or set up startup ecosystems in their respective regions.

Earlier in May, the Delhi government announced the Delhi Startup Policy that would subsidise basic amenities such as internet and office space rent for startups. The policy will further provide collateral-free loans, free trademark and patent registration services to the startups.

To help startups, the Delhi government hired professionals including CAs and lawyers that will help in trademark registering, GST filing and other trade-related legal proceedings. The government has also created a task force of 20 people to register startups as well as oversee them.

The policy will also provide INR 1 Cr special incentives to selected startups as well as innovators. It will provide support to women entrepreneurs working in the state and form special programs for school and college-level students.

In April, the Tamil Nadu government announced its plan to help create 10K startups in the state by 2026. For this, the government would promote entrepreneurship networks in colleges and also ensure that startups are getting funded beyond major cities like Chennai and Coimbatore.

To shore up the startup ecosystem, the Tamil Nadu government will streamline the existing 80 incubation centres. The state government would form a database of startups and a nexus of mentors to help startups grow.